Specialty chemicals company Arkema announced last week that it will be joining a consortium of Spanish companies to enhance the recyclability of post-consumer plastics and tires to reuse for powder coatings. The project, SusChemPol, aims to improve circularity by using renewable monomers and polymer upcycling.

With this research, the team hopes that plastics from water bottles or other plastic items can be reused as raw materials for more sustainable polyester powder resins in the coating market.

“This project was a natural fit for Arkema. As a leading provider of polyester resin for the solvent free powder coating technology, we are constantly exploring new path, partnerships and scientific research that advance the circularity of our products,” said Neil Tariq, Global Business Director for Coating Resins at Arkema.

“We are excited by the long term goals of this project and look forward to sharing more innovation with our customers and partners in the years to come.”

Arkema reports that powder coatings are well positioned to further sustainability across household and industrial applications, including home appliances and furniture, automobiles, sports stadiums and more. 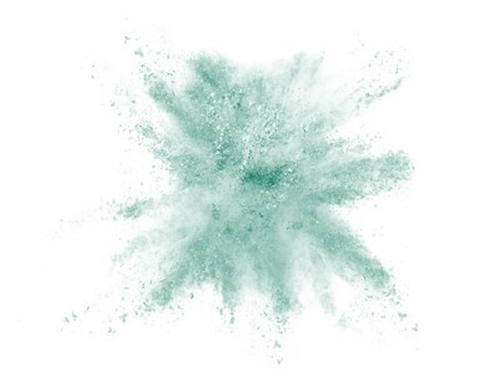 Arkema
Specialty chemicals company Arkema announced last week that it will be joining a consortium of Spanish companies to enhance the recyclability of post-consumer plastics and tires to reuse for powder coatings.

The coating process is reportedly optimized to produce a high-quality finish while using the minimal energy, minimum waste and time, with the powder that doesn’t end up on the product able to be collect, recycled and potentially reused.

According to the project’s website, plastic and end-of-life tires (PET) are one of the most significant issues facing waste management today. About 40% of post-consumer plastic packaging reportedly ends up in landfills, within only 2% of all recovered plastic packaging reused for applications of the same or similar quality.

Plastics are found in water, soil, and even biological organisms, SusChemPol reports, due to the annual growth in global polymer production consistently outpacing global gross domestic product and population growth. A study earlier this year found that paint alone accounts for 58% of microplastics in the world’s oceans and waterways.

Of these plastics, a major problem is single-use polymers. Recovered plastics can only be valorized through primary and secondary recycling, or burned for energy production.

Researchers note that the challenge with polymer chemistry is to develop materials and processes that can be efficiently recycled into source materials, such as chemical recycling into monomers (CRM) or crude oil fractions.

“The polymers produced from recovered monomeric raw materials do not lose their properties; rather, the process recovers the intrinsic value and mitigates adverse environmental effects,” the consortium explained. “Nevertheless, CRM capability is insufficient to establish an ideal polymer economy: polymer performance must meet the demands of countless applications.”

To address this challenge, the project focuses on four main objectives:

Using these compounds, researchers hope the polymers can then be remanufactured into other plastic projects. The consortium consists of the Gaiker Foundation, Nasika Products, Arkema, Repsol and Voloriza Servicios Medioambientales, led by the Spanish National Research Council (CSIC).

SusChemPol is financed by the Spanish Ministry of Science and Innovation, together with the State Research Agency, as part of the “NextGenerationEU” initiative. Testing is being conducted at CSCI’s facilities.

Back in April, chemical and ingredients distributor Brenntag announced plans to become a waterborne acrylic resin distributor for Arkema in Mexico. The partnership, which is an expansion of the previous agreements in the United States and Canada, became effective in March.

The company reports that after years of successful collaboration in North America, the distribution relationship with Arkema has expanded in Mexico under the Encor, Celocor, Snap and Neocar brands. Additionally, the agreement is reportedly a result of years of experiences in product distribution, working with formulators, industry knowledge and market intelligence.

Late in July, Arkema announced plans to acquire privately-owned Mexican emulsion resins producer, Polimeros Especiales. Over the years, the company of interest has become a key manufacturer of emulsions in the region, achieving sales of around $40 million in 2021.

According to Arkema, acquiring this leading player in solvent-free waterborne acrylic resins will strengthen its position within the fast-growing region.

Arkema went on to note that the use of Polimeros Especiales’ high-performance waterborne resins can be utilized to formulate a broad range of applications in markets such as architectural and decorative paints, textiles, pressure-sensitive adhesives and construction.

In addition, the acquisition is fully in line with Arkema’s strategy to expand its Coating Solutions segment in growing markets and in low-volatile organic compound solutions.