Flinders University in Australia recently unveiled a new training center to research biofilms and develop solutions to prevent biofouling on ship hulls. The ARC Industrial Transformation Training Center for Biofilm Research and Innovation is thanks to a $5 million Industrial Transformation initiative, in addition to attracting almost $7.65 million from industry and key research partners.

According to the university’s release, the new center will explore the microbiological complexities of biofilms commonly found on shipping vessels. Marine biofilms reportedly cause billions of dollars a year in loss of infrastructure, contamination and cleaning worldwide.

“Our laboratory has been working on the characterization of biofilms on ship hulls and other marine surfaces for several years, and this new Centre will train the next wave of experts to make Australia a leader in developing and commercializing sustainable maritime platforms,” said associate professor Leterme, who founded the Biofilm Research and Innovation Consortium (BRIC) at Flinders University.

“The ecological ramifications from this potential new multimillion-dollar industry will be invaluable in the future when we can better manage biofouling at ports and shipping channels around the world, including Australia’s clean, safe waterways.” 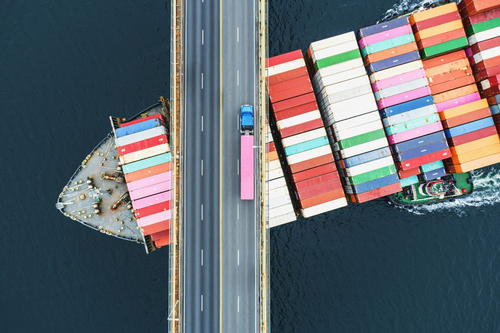 The new ARC Training Center for Biofilm Research and Innovation was unveiled on July 14 by Federal Minister for Education Jason Clare, alongside five other Industrial Transformation Training Centers. The $29.3 million investment in research and industry collaboration around Australia will collectively be supported by an additional $57.2 million in funding from partner industries and universities.

“It’s an exciting opportunity for our researchers to put their world-class knowledge to the test and translate these innovations to create real-world applications and solutions to overcome major environmental, economic, defense and trade issues.”

Flinders reports that it will work with industry partners such as the South Australian operations of ASC Pty Ltd, BAE Systems, DSTG and Osmoflo, other businesses and government agencies, as well as key universities around Australia and overseas to tackle one of the biggest issues facing international shipping and marine environments.

In August last year, researchers at Australia's sovereign-owned submarine sustainment and maritime services company ASC found that a new type of surface coating could eliminate marine biofouling, or sea organism growth, on the hulls of naval vessels and other submerged surfaces.

The Defense Innovation Partnership has activated promising innovations in South Australia’s defense sector since 2018. The program received almost $10 million in additional funding, over the next four years, in the South Australian budget in June 2021.

The experiments were conducted at ASC’s deep submarine maintenance facility in Adelaide, Australia. For the research, ASC—which maintains and upgrades Australia’s Collins Class submarine fleet—was noted to have provided advice, laboratory and wharf facilities for submerging the samples.

In May, environmental NGO Bellona Foundation, in partnership with marine and protective coatings company Jotun launched a new initiative to define and implement a new ISO standard for proactive hull cleaning. The Clean Hull Initiative calls on regulators, shipping companies, ports, coatings manufacturers, technology and service providers, as well as academic and research institutions to focus on biofouling management.

The foundation states that regulatory inconsistencies worldwide create a major barrier to ship owners, compounded by the lack of international regulation or standard for hull cleaning. Local biofouling and in-water cleaning (IWC) management guidelines reportedly vary widely, if they exist at all.

While proactive cleaning is recommended in the revised draft of the IMO’s biofouling guidelines, the development of an IWC performance standard is one of the key recommendations in an IMO-commissioned report released in January.

The most common way to combat biofouling, Bellona says, is by using antifouling coatings containing biocides. While coatings alone do not prevent all biofouling, in combination with IWC or dry docking, accumulated fouling can be physically removed.

Cleaning can be proactive (fouling at early stages) or reactive (at later stages), with reactive cleaning posing a higher risk of damaging the coating and further cause release of invasive species into the marine environment. As a result, reactive cleaning is often performed with technology to capture organic debris removed from the hull.

The first step will reportedly be to define the scope and outline a standard. A workshop was held that month and one is planned for September, with a goal to submit a draft proposal to ISO in October. CHI project manager Runa A Skarbø reports that in 2023, a full standard will be developed, subject to approval by the relevant ISO technical committee.