Just as Hurricane Andrew in 1992 pushed Florida legislators to address dated building codes and inspection regulations, last year’s collapse of Champlain Towers South in Surfside has shed light on the state’s need to raise its standards regarding the inspection and maintenance of coastal high-rises.

More specifically, the bill intends to: 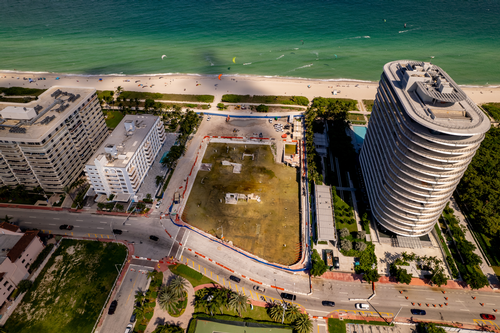 The Palm Beach Coast
Just as Hurricane Andrew in 1992 pushed Florida legislators to address dated building codes and inspection regulations, last year’s collapse of Champlain Towers South in Surfside has shed light on the state’s need to raise its standards regarding the inspection and maintenance of coastal high-rises.

These reports are then to be made available to all unit owners and to potential buyers by their respective condo boards. The legislation also allows local governments to impose timelines and penalties related to inspections.

SB 1701 was filed early last month and has since been favorable by community affairs and regulated industries. The bill is currently under review and is expected to go into effect on July 1.

More recently publicized, The Palm Beach Coast reported that condo owners of Champlain Towers South delayed repairs as work would cost more than $15 million. Eventually, the association imposed major assessments, and according to city records, the building had undergone $9 million in incomplete repairs before the collapse.

Although the new legislation is taking a step in the right direction, reporters point out that there is nothing in state law that requires condo associations to assess their members to pay for the work to fix structural problems—an issue that could come with a price tag of millions of dollars, as seen with Champlain.

Crews also reported that day that the fire had been diminished.

Towards the end of 2021, a lawsuit was filed on behalf of Champlain Towers South victims and family members, alleging that the construction of a neighboring luxury building is what triggered the deadly collapse.

While the collapse has triggered multiple federal and state investigations, in addition to various lawsuits, the most recent allegation was filed as part of an existing case in Miami-Dade County Circuit Court that involves the planned sale of the Champlain Towers property to benefit victims.