In a recent press release, coatings manufacturer Teknos shared results from its participation in an independent study to investigate the antimicrobial efficacy and safety of silver-treated laminate and powder coatings surfaces.

For the study, researchers looked at antibiotic-resistant bacteria and hospital acquired infections (HAI)—both global problems where good hand hygiene is not always enough to successfully prevent spreading. In these observations, however, the team looked at how bacteria and HAI spread when found on surfaces coated with hygienic coatings.

Led by by Kungliga Tekniska Högskolan in Sweden, the research aimed to determine if the antimicrobial efficacy of silver-treated laminate and powder coatings surfaces was reduced upon simulated surface weathering and fingerprint contact.

In addition, researchers wanted to know if silver content was present on the top surface, and if it was possible to measure the amount of silver released. The material, silver phosphate, is known for being able to actively prevent bacterial growth and prevent bacterial division.

This technology has been incorporated into Teknos’ BioCote and samples coated in the material, along with samples of Teknos’ hygienic powder coatings, were submitted for the study. 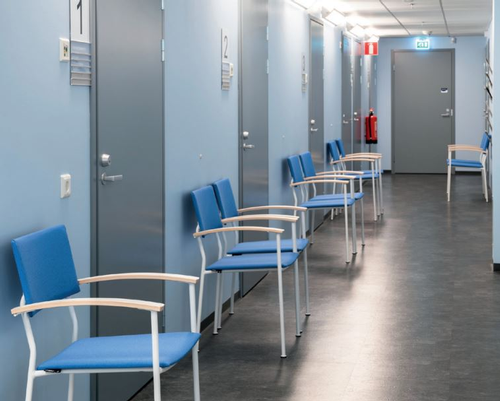 Teknos
In a recent press release, coatings manufacturer Teknos shared results from its participation in an independent study to investigate the antimicrobial efficacy and safety of silver-treated laminate and powder coatings surfaces.

After looking at the samples submitted and tested for weathering and fingerprint contact, researchers confirmed that there were no detectable amounts of silver appeared on the surfaces. The team also found that silver was released into artificial sweat (stimulated fingerprint) in concentrations a thousand times lower than regulatory threshold values stipulated for materials and polymers in food contact.

After 20 minutes of exposure, the team also noted that bacteria reduction was “excellent.”

The samples also underwent exposure testing to two different types of bacteria, Escherichia coli and Bacillus subtili. Based on the ISO 22196 standard, research results confirmed that the hygienic coatings were both safe and effective.

As a final testing measure, the study looked at the effect of oxidizing chemical detergent on laminate surfaces, which utilized the same active ingredient. The use of detergent was noted as not affecting the product properties. The antimicrobial properties of the surface also remained unchanged or were noted to have improved with the use of detergent.

In late 2022, global coatings manufacturer PPG shared that its antimicrobial paint containing Corning Guardiant technology was used to protect the largest school system in south Texas. Copper Armor has been proven to kill 99.9% of bacteria and viruses on the painted surface, including SARS-CoV-2, in two hours.

Touted as the largest school system in the area, Northside Independent School District (NISD) faculty and staff are responsible for nearly 102,000 students across 125 schools. As a result of COVID-19, like many school districts across the country, the district experienced significant absenteeism throughout the pandemic.

In October 2022, researchers from the University of British Columbia (UBC) were reported to have developed a copper-coated technology capable of killing bacteria. In an article, the university’s official independent newspaper The Ubyssey wrote that the material could be perfect for use in hospitals, campuses, or on high-contact surfaces like cell phone cases.

In September, a team of engineers and immunologists from the University of Michigan announced the development of a new durable coating capable of killing bacteria and viruses quickly and for long periods of time.

Anish Tuteja, professor of material science and engineering at U-M and co-corresponding author of the study, shared that the coating could be a game changer in traditionally germ-laden public spaces like airports and hospitals.

And in July, a team of Australian researchers developed a sprayable coating capable of preventing the surface spread of infection from bacteria and viruses, including COVID-19. Reported to be a first of its kind, the spray is made up of a combination of plastics strong enough to be considered an alternative to bullet-proof glass.

According to the University of Sydney, the developed spray coating provides a more reliable alternative to standard disinfectants, which are becoming less effective and require regular reapplication, but it is the only permanent surface layer proven to protect surfaces from virus contamination.

To develop the coating, the team tested the mechanical stability and surface energy of the coating, in addition to its ability to resist contamination from bacteria and viruses by subjecting it to high concentrations of both.