According to an analysis of data released by the Centers for Disease Control and Prevention, COVID-19 claimed more construction worker lives in 2020 than any other cause of death.

In its report, the Center for Construction Research and Training (CPWR) looked at 224,400 construction worker deaths reports from 2020, both on and off the jobsite. CPWR also looked at cases regarding current and retired workers from the same year.

The research conducted by CPWR did not include information from Arizona, North Carolina, Rhode Island or Washington D.C.

Construction During the Pandemic

However, despite the country’s social distancing guidelines being extended through April 30, 2020, by former President Donald J. Trump, the construction industry remained essential in most states.

At the time, the U.S. Department of Homeland Security’s Cybersecurity and Infrastructure Security Agency released a memorandum identifying essential critical infrastructure workers during the COVID-19 pandemic. The department also stressed that the memo was advisory in nature, and not a mandate.

In April, the National Association of Home Builders urged members and all residential construction companies to hold a Safety Stand Down and halt work for at least 10 minutes to educate workers on the COVID-19 pandemic.

The NAHB noted at the time that the recent clarification on essential businesses could mean that more workers would be on construction sites in the coming weeks.

While things would be a little weary that first year, by January the CDC updated its checklists for construction employers and employees during the COVID-19 pandemic, with special consideration for workers’ mental health. 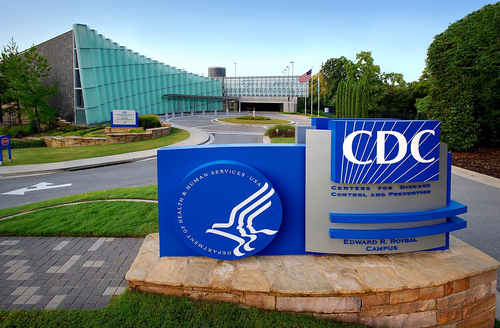 Jim Gathany, public domain, via Wikimedia Commons
According to an analysis of data released by the Centers for Disease Control and Prevention, COVID-19 claimed more construction worker lives in 2020 than any other cause of death.

Around the same time, a report surfaced from the Department of Labor’s Inspector General stating that the Occupational Safety and Health Administration had not provided the level of oversight needed to keep workers safe during the COVID-19 pandemic.

The construction industry was reportedly one of the sectors with the highest numbers of COVID-19 safety complaints in 2020, with 297.

The reason for the reduced level of inspections and subsequent citations is attributed to the reduction in person-to-person contact and therefore in-person inspections, despite the knowledge that OSHA’s physical presence on a jobsite typically results in accelerated mitigation of hazards.

Shortly following the report, OSHA launched a national emphasis program focusing on enforcement efforts on companies that put the largest number of workers at risk of contracting COVID-19.

According to OSHA, NEP inspections would enhance the agency’s previous COVID-19 enforcement efforts and included some follow-up inspections of worksites inspected in 2020. The program included monitoring the effectiveness of OSHA’s enforcement and guidance efforts and remained in effect for up to one year from its issuance date, though OSHA had the flexibility to amend or cancel the program as the pandemic subsides.

Though this isn’t a state requirement, OSHA “strongly encouraged” states to adopt the NEP. States were required to notify federal OSHA within 60 days.

Additionally, in a related action, OSHA also updated its Interim Enforcement Response Plan to prioritize the use of “on-site workplace inspections where practical, or a combination of on-site and remote methods.” OSHA said at the time that it would use remote-only inspections if the agency determines that onsite inspections could not be performed safely.

By comparison, the nationwide average of COVID-19 deaths in the same year was 28.6 out of 100,000. When looking at other job sectors, only food preparation and protective service sectors had higher death rates than the construction industry.

Taking its research efforts a step further, CPWR also looked at construction worker deaths caused by ischemic heart diseases, which can make COVID more severe. After reviewing the 39 major categories of heart diseases, the group found that in 2020 the total number of worker deaths related to this condition aged 35 to 64 was 8,700 and 18,700 for those 65 and up.

“The primary takeaway is that many of the leading causes of death among construction workers — such as cancers, heart disease and overdoses—may be preventable,” Rick Rinehart, Deputy Director of CPWR, told reporters.

Apart from COVID-19 deaths, CPWR reported that more than half of workers aged 16 to 34 largely died because of an accident. Just last month, the Department of Labor’s Occupational Safety and Health Administration revealed its annual top 10 most frequently cited workplace safety standards for fiscal year 2022.

Fall Protection – General Requirements remained at the top of the list for the 12th year in a row, followed by Hazard Communication and Respiratory Protection.