Researchers at Bournemouth University have reportedly developed and patented a new corrosion sensor to improve the safety and reliability of large structures. According to the recent release, the device can detect defects and risks in major infrastructure at a much earlier stage than the methods that are currently used.

With the ability to be used with bridges, aircraft, military vehicles and gas pipelines, the sensor could potentially reduce the need for costly and time-consuming repairs.

“Our doctors often encourage us to take health screenings regularly, so they can diagnose conditions at an early stage which gives us better options for treatment,” said Zulfiqar Khan, professor of design engineering and computing at Bournemouth University, who led the development.

“This sensor works on the same principle. If we can spot health risks in vehicles and mechanical structures before corrosion reaches an advanced and dangerous stage, we can avoid costly, lengthy repairs and hopefully prevent structures from being scrapped altogether.”

The university reports that other corrosion sensors used by industry, including those available for purchase on eBay, require cables to be plugged into a computer, with maintenance requiring a worker to be present at the site. However, Khan’s device is wireless so that it can be attached to a structure and its readings could be continuously monitored offsite.

Additionally, the sensor can reportedly be used on any kind of surface, when traditional devices only work on metallic surfaces to allow electricity from the sensor to pass through. 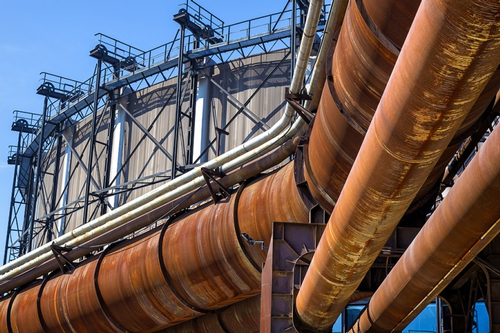 “The aerospace industry, for example, would prefer a sensor which can detect failures beneath non-metallic coatings. Currently this involves removing a patch of the non-conductive coating to make the conductive surface available—this could be counter-productive as it can initiate corrosion more rapidly,” explained Khan.

“Unmonitored failures lead to costly consequences. Scheduled inspections are tedious, time-consuming and are mostly limited to visual or surface failures. Our latest sensor technology is a futuristic, much needed solution. It can work remotely, it works on metallic and non-metallic surfaces and can detect defects several millimeters below the surface which are not visible to the naked eye.”

The corrosion sensor is reportedly the latest development from a series of research projects which began over a decade ago at the Bovington Tank Museum in Dorset, which holds one of the most significant collections of tanks and military vehicles in the world.

The research team applied their knowledge to develop a way to monitor the corrosion in the vehicles to aid with preservation. This work, the university reports, led to the development of a 2.5 million pounds (about $3 million) conservation center for the most at-risk tanks.

The technology has reportedly been granted patents in the United Kingdom and the United States. Khan and his team state they are keen to work with partners to roll it out across industry, engineering and construction companies.

“It is a bit like coming home from work and deciding you want some food that has been at the back of the cupboard, only to find that it is past its use-by date,” he said. “Our device can continually monitor mechanical structures to ensure they always remains in date and will not have to be thrown out.”

In November, a study conducted by a team involving researchers from the Massachusetts Institute of Technology suggested that mobile phones could potentially collect useful integrity data while crossing bridges. Equipped with special software, mobile devices can reportedly capture the same kind of information about bridge vibrations that stationary sensors compile.

To study the “modal frequencies” of natural bridge vibrations in many directions, engineers can typically place sensors, such as accelerometers, on the structures. Changes in these frequencies over time may indicate changes in a bridge’s structural integrity.

The first part of research was reportedly conducted on the Golden Gate Bridge, using an Android-based mobile phone application to collect accelerometer data when the devices were placed in vehicles passing over the bridge. Researchers could then see how well those data matched up with data record by sensors on bridges themselves, to see if the mobile-phone method worked.

Researchers drove over the Golden Gate Bridge 102 times with their devices running, and the team used 72 trips by Uber drivers with activated phones as well. The team then reportedly compared the resulting data to that from a group of 240 sensors that had been placed on the Golden Gate Bridge for three months.

As a result, data from the phones converged with the bridge’s sensors, with 10 particular types of low-frequency vibrations a close match and five cases showing no discrepancy between the methods at all. Researchers estimate that mobile-device monitoring could add from 15-30% more years to the structure’s lifespan depending on the age of the bridge.

Earlier that year, researchers from Rice University announced that their strain-sensing smart skin system, capable of monitoring and detecting damage in large structures, is moving towards the implementation stage.

First revealed in 2012, the “strain paint” uses the fluorescent properties of carbon nanotubes to show when a surface has been deformed by stress. The multilayered coating, now developed as part of a non-contact optical monitor system known as S4, can be applied to structures such as bridge, buildings, ships and airplanes.

Rice reports that the skin has three layers, with each layer configured to the surface they cover. The first layer is an opaque primer containing the DIC speckles, followed by a second layer of clear polyurethane that isolates the base from the nanotubes. A final sensing layer of individually coated nanotubes, suspended in toluene, is sprayed on top.

After the toluene evaporates, a sub-micron-thick sensing layer of nanotubes is bonded to the structure member. Then, an additional protective layer can be applied on top to reportedly keep the skin active for years. The system also uses a reader, such as a small visible laser, to excite the nanotubes, in addition to a portable spectrometer to see how they’re strained.