Resin Prices Could be Impacted by Winter Freeze

At the end of last month, the American Chemistry Council released its November 2022 resin production and sales statistics, showing that year-to-date production in November totaled 85.3 billion pounds. This was a 2.6% increase compared to the same period a year prior.

However, according to recent reports, the freezing winter weather at the end of 2022 in the United States could begin to impact resin production and prices once more.

Sales and captive, or internal, use of major plastic resins totaled 7.5 billion pounds during November 2022, an increase of 1.5% compared to the prior month and a decrease of 0.6% from the same month one year earlier.

Year-to-date sales and captive use were reportedly 85.1 billion pounds, a 4.2% increase as compared to the same period in 2021.

Overall, the U.S. Chemical Production Regional Index fell by 0.4% in November, following declines of 0.4% in September and 0.3% in October, the ACC also reported. The CPRI, however, increased by 0.1% year-over-year total across all regions. 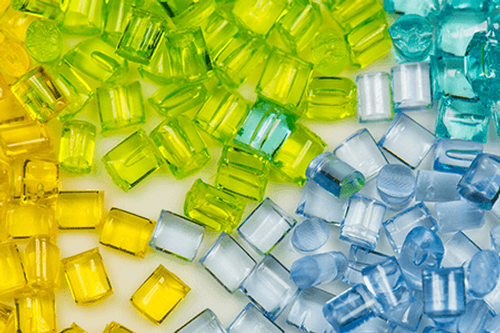 The U.S. CPRI is measured as a three-month moving average (3MMA) and was developed by ACC to track chemical production activity in seven regions of the United States. It is based on information from the Federal Reserve, with the 3MMA reflecting production activity during September, October and November.

“Chemical output was lower than a month ago in all regions, with the largest declines in the Gulf Coast, home to much of the nation’s basic industrial chemical and synthetic materials capacity,” wrote the ACC in its release.

The ACC reports that, on a 3MMA basis, chemical production within segments was mixed in November. There were gains in the production of coatings, adhesives, and other specialty chemicals; industrial gases; synthetic dyes and pigments; and other inorganic chemicals.

According to reports, prices offered by plastic resin and polyethylene distributors in the U.S. Gulf Coast plants showed the lowest levels in about two years. Despite this, a Mexican plastic resin market source told Reuters that freezing weather in the U.S. in December could lead to rises in costs.

Citing names of five companies that include some the biggest petrochemical manufacturers in the U.S. where freezing weather affected large part of the country including the petrochemical hub, the unnamed source said that it is very probable that some distributors may have removed from the market some of the lowest priced product, waiting to learn the extent of the production impacts due to the extreme winter weather event.

From the surge of demand by do-it-yourselfers stuck at home, to the strange freeze that took over Texas early 2021 and worsening supply chain issues, the coatings industry was backed into a corner with no signs of when the market would improve, some experts said in September 2021.

According to the Federal Reserve, the higher inflation was only “transitory” or temporary and appears to be showing signs of abating. The central bank’s report was backed by White House officials, who also stated at the time that while they’re sensitive to the rising prices, they foresee that supply chain issues would soon subside, having observed the slight downward trend in hardware, lumber and other building materials.

Wall Street economists were also reported to side with the transitory position.

However, despite the opinions of some of the nation’s leading economists and financial advisors, many believed that the current situation could persist well into 2022, further burdening many of the small businesses that are already struggling to make ends meet.

The major factors that will determine how persistent the inflation is in the industry, however, were how the nation would bounce back from Hurricane Ida and the functionality of global supply chains for the chemical industry. As mentioned, the Texas freeze also affected the chemical industry, in that much of its petroleum production—a critical ingredient in paint—was slowed.

These shortages, seen mostly in epoxies and acrylics, as well as several types of solvents and additives, were the main issues the industry was facing at the time, according to the firm.

Then, by the end of 2021, the industry continued to see an increase in costs for raw materials that are becoming even more difficult to find due to supply shortages.

The British Coatings Federation issued a statement at the time citing raw materials accounted for about 50% of all costs in the industry. Increases in energy and oil prices also reportedly more than doubled in the last 12 months, upping production costs.

The impact, BCF said, was “obviously very severe” with resins and related materials seeing a 36% price hike. For example, the average price for Solution Epoxy Resin was reportedly up 124% in September from 2020.

The dwindling supply of resin had not just affected the coatings industry, but also plastic water bottle manufacturers and the automotive industry.

Other shortages in the automotive industry, however, had slowed down production, providing relief on the demand for resin supplies. Commodity grade resin supply availability had also reportedly improved, with spot prices for polyethylene and polypropylene resins declining.

More than 60% of manufacturers reported a resin shortage in October of 2021, with some management consultants thinking that the issue could persist for up to three years or until production can catch up with demand.

In general, rising costs for materials were continuing to impact infrastructure projects across the United States, shrinking the effect of the bipartisan infrastructure law with officials scaling back, delaying projects and prioritizing needs. According to the U.S. Department of Labor in June, consumer prices across the board had surged 8.6% in May year-over-year, the highest rate since 1981.

According to reports, the price hikes are driven by a variety of factors, including worldwide supply chain backlogs, strong consumer and business spending in the country and Russia’s invasion of Ukraine. Reports also indicated that the United States and Canada were experiencing other challenges in labor shortages and recruitment, with some builders forced to defer or cancel work as they continue to address these issues.

Despite all these concerns, industry economists shared in July while prices are continuing to increase, the risk of a recession still isn’t definite—at least not until later in 2022 or sometime in 2023.

A report from the National Association of State Budget Officers showed that while total state spending rose 7.3% overall in fiscal year 2022, infrastructure construction spending increased 15.3%, thanks to funding from the bipartisan infrastructure law.

The annual report outlines that capital expenditures are made for new construction, infrastructure, major repairs and improvements, land purchases and the acquisition of major equipment and existing structures. Minor repairs and routine maintenance are also reported as operating expenses.

In fact, at the end of last year, a year-end report published by Dodge Construction Network shared findings that the construction industry could remain positive in 2023.

In maintaining growth in 2022, Dodge predicts that the rise in sustainable construction and adoption of new technologies will remain the leading trends in 2023. This, in addition to recently passed legislation to fund the construction industry, is another factor believed to contribute to a generally positive outlook in 2023.

However, while the economy is still pressed through the ups and downs, Dodge predicts that construction starts in the nation could remain relatively unchanged next year at $1.08 trillion. In expecting economic downturns in the future, the construction industry will be tasked again with managing increased lead times and increasing costs from material prices to labor, while also supplying the built environment with its crucial needs.

While the management of these issues could seem daunting, Dodge foresees that while the U.S. continues to onshore more manufacturing and warehousing, supply chain bottlenecks will be better combatted throughout 2023.