United States President Joe Biden recently recognized more than 350 organizations in the nation’s 50 states for their commitments as part of the Infrastructure Talent Pipeline Challenge.

The Challenge is focused on three sectors: broadband, construction and electrification.

All over North America, several reports have indicated that the construction industry is continuing to undergo challenges related to supply chain disruptions, labor shortages and recruitment, among others.

To help the industry, over the summer The White House announced that over $40 billion in American Rescue Plan funds had been committed to strengthening and expanding the United States’ workforce. 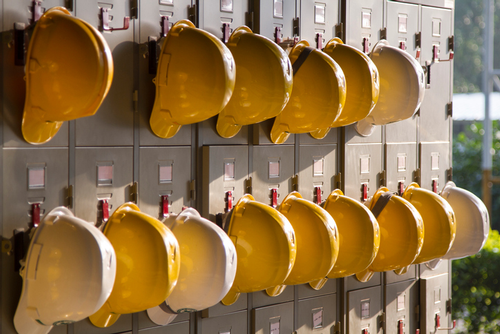 Through these initiatives, it was reported that President Biden and Vice President Harris launched the Administration’s Infrastructure Talent Pipeline Challenge.

Around the same time the initial launch took place, U.S. Secretary of Commerce Gina Raimondo announced that $500 million in government funding was awarded to 32 industry-led workforce training partnerships across the nation.

The Good Jobs Challenge is administered by the Commerce Department’s Economic Development Administration.

Slated to take place over the next three years, the New York City Pathways to Industrial and Construction Careers (PINCC) will be funded by an $18.6 million grant from the U.S. Economic Development Administration in response to New York City’s winning proposal to the Good Jobs Challenge created under the American Rescue Plan Act of 2021.

According to a press release, the latest initiative in New York City helps to set the stage for the Adams administration’s newly announced citywide talent development strategy, set forth in Executive Order 22.

The executive order reportedly aligns with nearly two dozen city agencies and offices that administer workforce training and job placement programs, in addition to education institutions. The order will also create a Future of Workers Task Force to consider and inform every aspect of the city’s strategy for empowering New Yorkers to secure and succeed in family-sustaining careers.

The task force will be staffed by the Mayor’s Office of Talent and Workforce Development—in partnership with CUNY and the DOE—employers and other key stakeholders.

Specifically, PINCC will focus on all three phases of the employment cycle: recruitment and training, job placement, retention and advancement.

The program projects to train nearly 2,300 New Yorkers and help place them in high-wage and/or unionized jobs with benefits in roles like diesel mechanic, general utility worker, tradesperson or construction project manager.

Thanks to the bipartisan infrastructure law—along with the CHIPS and Science Act, Inflation Reduction Act, and American Rescue Plan—millions of union jobs are being created, and the Challenge is ensuring that workers across the country are being properly trained for these jobs.

“The private, public, and non-profit sector commitments complement the Administration’s investments in workforce development and help ensure a diverse set of workers Tave a fair shot at the good jobs created,” read The White House release.

“Commitments made through the Challenge will expand equitable pathways into good jobs, boost opportunities for union jobs, and meet critical employer skill needs.”

Through them, nearly 150 employers, unions, and community-based organizations will create or expand pre-apprenticeships, registered apprenticeships and other high-quality training programs. In addition, more than 60 organizations will increase recruitment among workers who are traditionally underrepresented in infrastructure sectors, while nearly 30 organizations have pledged to provide supportive services, such as childcare and transportation.

Advancements in equitable workforce development will also be carried out by over 50 institutions of higher education focused on infrastructure jobs. And lastly, more than $70 million in aligned philanthropic commitments will be used to advance the goals of the Talent Pipeline Challenge, which is expected to impact tens of thousands of underrepresented workers.

At an event earlier this month, tradespeople from unions participating in the Challenge demonstrated how they train workers in skills critical to implementing the bipartisan infrastructure law, including:

Intermediary organizations, including Jobs for the Future and National Skills Coalition, were also reported to have assisted in catalyzing commitments for the Challenge, among others.

The White House went on to note that the commitments will also complement new and ongoing federal investments and administrative actions, including:

For more information about the recently celebrated commitments, click here.