A Texas judge recently granted final approval for a $33 million settlement in a fraud class action lawsuit against engineering and construction firm Fluor Corporation. According to the lawsuit, several investors alleged that the firm bid unrealistically low on projects and misrepresented their bidding strategy.

The case, known as Chun v. Fluor Corporation, et al., Case No. 3:18-cv-01338-X, alleges violations of provisions of the Securities Exchange Act of 1934 against the firm.

Fluor has been involved in projects such as the Gordie Howe Bridge, which recently was delayed due to several issues, and the Maryland Purple Line, prior to leaving the project after disputes with state transportation agencies.

Back in 2020, investor Alyson Bottoni sued Fluor’s executive and directors for allegedly hiding bidding practices that resulted in billions of dollars in losses. The charges included violation of securities law, breach of fiduciary duty, waste of corporate assets and unjust enrichment.

Bottoni claimed that from 2012 to 2018, Fluor executives and directors let the firm “systematically” submit fixed-price, low-ball bids in order to win projects and qualify for bonuses. One particular area of focus was on the company’s power and other large plant business.

The lawsuit also reportedly alleged that Fluor made several statements to hide this practice. This included saying that the company’s projects were “in line with expectations” because of bidding practices they characterized as conservative and selective; that the company had effective internal controls and financial reporting; and that its earnings as reported complied with generally accepted accounting principles. 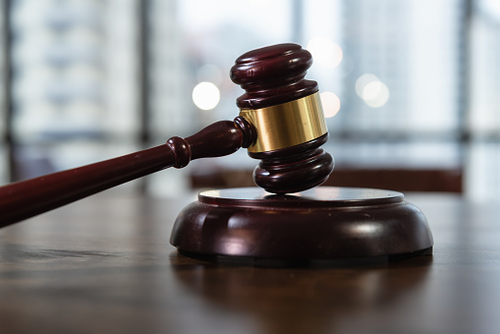 According to Bottoni, the company also took charges on losing projects, hiding from stockholders the extent of its bidding issues. As a result, the lawsuit was seeking:

The type of action taken was a derivative lawsuit, which allows someone with an interest in a company, like a shareholder, to bring a claim against the company itself on behalf of the company.

“If you’re a shareholder of a company and you think management is mismanaging the company or has done something improper... you can bring a suit against your own company to try and correct a wrong,” said Attorney Michael Rune, shareholder at law firm Carlton Fields LLP, at the time.

However, in May last year, a judge dismissed most of the allegations in the complaint regarding construction progress, procedures and reporting practices. According to the court documents, the plaintiffs’ complaint reportedly included several allegedly false or misleading statements or omissions.

Because of this, the court examined each category of claims including statements regarding bidding and risk management processes; gas-fired plants; disclosure controls, procedures and reported revenue; and omissions of material information. While a few statements amounted to properly stated fraud claims, “most do not.”

Fluor also argued that the case was “fraud by hindsight,” claiming that when the projects were initially bid for and undertaken, they appeared to be “stable investments,” and that the plaintiffs cannot claim their statements were false by pointing at losses and setbacks these projects ultimately suffered.

On Nov. 7, a hearing was held regarding two motions in the fraud class action lawsuit, including the motion for final approval of settlement and plan allocation, as well as the motion for attorney’s fees. The motions were filed by the investor parties and the defendants reportedly did not oppose either motion.

The following day, U.S. District Court Judge Brantley Starr in the Northern District of Texas granted the motion for final approval of the settlement and plan of allocation. According to the court document, the order constitutes a final judgement in the case and dismisses with prejudice all claims against Fluor.

The gross payment amount of $33 million dollars was also approved as “fair, reasonable and adequate,” as well as “in the best interests of the settlement class.”

Additionally, the court reportedly expressed concern at the hearing about the lead plaintiffs’ motion for attorney’s fees and has requested further clarification from the plaintiffs to address these issues. However, anticipating that clarification, the court denied without prejudice to the motion for attorney’s fees and plans to await the renewed motion.

According to reports, Fluor declined to comment on the settlement.

Reports also indicated that a recent third quarter earnings call showed that Fluor only earned $22 million in profit this quarter, compared to a gain of $41 million in the same period last year. Its backlog also jumped about 22% from a year ago.

Andrew Wittmann, senior research analyst at Milwaukee-based financial services company Baird, described Fluor’s results as “another what could have been” quarter it weren't for the $107 million in project charges. Three legacy projects are continuing to impact these results, namely the I-635 LBJ East Freeway project in Texas, the Gordie Howe project in Michigan and the LAX Automated People Mover project in California.