The Pennsylvania Department of Transportation has awarded a contract in the amount of $1,578,587.95 for painting and rehabilitation of the State Route 4034 bridge over I-99 in Imler, Pennsylvania.

The contract was awarded to Swank Construction Co. of New Kensington, Pennsylvania. 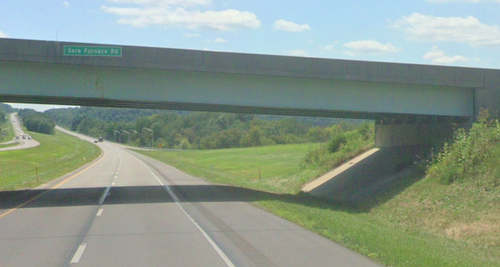 Containment according to SSPC-Guide 6, waste disposal according to Guide 7, and certifications for SSPC-QP 1, QP2 and QP 3 are required.

Surfaces must be cleaned and prepared in accordance with standards for high-pressure waterjetting and Near-White Metal Blast Cleaning (SSPC-SP 10/NACE No. 2). Concrete surfaces will require a coating system of epoxy resin and latex-modified overlay. Structural steel will receive a coating system consisting of organic zinc, epoxy and urethane.

Reported by Paint BidTracker, a construction reporting service devoted to identifying contracting opportunities for the coatings community. Visit us on Facebook!