Last week, the U.S. Environmental Protection Agency announced it would be seeking public input on a subset of new and existing programs funded by President Joe Biden’s Inflation Reduction Act.

“We are eager to engage with all who have a stake in the success of these efforts, and our next steps will be guided by the wisdom and experience from the conversations we have and the feedback we receive over the next several months.”

Prior to arriving at the president’s desk, the legislation narrowly passed the U.S. Senate in a vote of 51-50 (with no Republican votes) at the beginning of the month and by a 220-207 margin in the House of Representatives last week.

Also known as H.R. 5376, the new legislation provides for reconciliation of the Federal Budget pursuant to the Fiscal Year 2022 Budget Resolution. In addition, the law addresses climate change, health care, taxation and the Federal deficit through direct appropriations, new programs, modifications to existing programs and changes to the tax code. 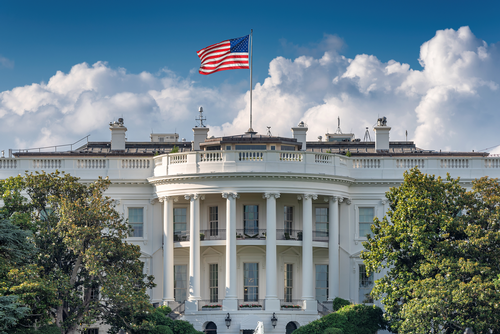 According to reports, the $437 billion spending package is expected to raise $737 billion in revenue over the next decade. The outlined spending includes $369 billion for climate and energy policies, $64 billion to extend a policy under the Affordable Care Act and a 15% corporate minimum tax aimed at companies earning more than $1 billion per year.

In an analysis of the legislation by the Labor Energy Partnership, a joint project of the Energy Futures Initiative and the AFL-CIO, officials claim that the Inflation Reduction Act could add 1.5 million jobs and $250 billion to the economy by 2030, all while decreasing overall energy consumption.

Around the time of the announcement, the Associated General Contractors of America (AGC) announced its opposition to the Inflation Reduction Act. Although the Association recognizes that many of the provisions from the original Build Back Better Act had been dropped, AGC members still share concerns over the remaining provisions and their impact on the industry.

Similarly, the Associated Builders and Contractors (ABC) released statements prior to the legislation signing that was also unfavorable of the passing.

ABC was also reported to have sent a letter to the House highlighting the failures in the reconciliation package, urging lawmakers to oppose the bill because its tax hikes and restrictive labor policies “would be devastating for the construction industry and the recovery needed to restore our economy.”

In the same thread, National Association of Chemical Distributors (NACD) President and CEO Eric R. Byer issued a related statement, highlighting major concerns over the legislation. Most notably, the NACD believes that the package will only worsen inflation, ongoing supply chain issues, rising interest rates and the struggling labor market.

Not all construction-affiliated associations were against the new legislation, however. Unlike others in the industry, the American Institute of Architects applauded the Congressional passing of the Inflation Reduction Act.

In a press release, AIA touted the legislation’s success to its focus on building code provisions, climate tax incentives and affordable housing.

A few weeks after the formal signing of the legislation, allotted funding began addressing equity needs. Of the funding outlined in the bill, $3 billion in grants would be used to support equity, safety and affordable transportation access to rework roads and infrastructure.

According to reports, the new grants supplement the $1 billion funding from the Reconnecting Communities Program through the bipartisan infrastructure law. The program aims to help jurisdictions address division of neighborhoods, pollution and other harms caused by past infrastructure projects.

However, unlike funding from the bipartisan infrastructure bill, the IRA funds cannot used to build single-occupant car lanes. Additionally, the funding is expected to improve clean transit by addressing diesel emissions and cleaning up ports.

A designated $1.1 billion will go towards poor communities, meeting the requirements that these areas have “an anti-displacement policy, a community land trust or a community advisory board in effect,” as well as a plan to employ local residents in making the improvements.

Beth Osborne, the Director of Transportation for America, said at the time that the new grants could help address concerns about roads that aren’t necessarily grade-separated highways. The grants can be used for transportation infrastructure where “high speeds, grade separation, or other design factors create an obstacle to connectivity within a community.”

On Nov. 4, the EPA published a Request for Information (RFI) seeking public comment on core design aspects of multiple Inflation Reduction Act programs. The RFI is reported to be a crucial first step for the Agency as it works to implement historic levels of funding.

In the RFI, the public will find background information and questions to consider as they provide their input. The EPA will gather and organize information received on the RFI in six public dockets that correspond to Inflation Reduction Act provisions in the law.

The six public dockets responders are encouraged to review and comment on include:

Questions regarding each docket can be found here.

In addition, the agency will continue to conduct extensive public engagement as it works to implement the law. The EPA’s additional engagement strategy for the programs include:

More information about the RFI and the Inflation Reduction Act programs can be found here.