The Erie County District Attorney’s Office recently announced the arraignment of Carrie A. Preischel of Boston, New York, for exposing a tenant to unsafe levels of lead paint.

The arraignment was presented before Buffalo City Court Judge Gary Wilson and was reported as one count of Willful Violation of Health Laws, Public Health Law Section 12-B (1), an unclassified misdemeanor.

According to Erie County District Attorney John J. Flynn, 40-year-old Preischel has been accused of renting property to a tenant while knowing that it was in violation of an order previously issued by the Erie County Department of Health.

Back in January 2020, the Erie County Health Department received a tip to investigate potentially unsafe levels of lead at the residence, located at 468 Fargo Avenue in the City of Buffalo, New York.

After a public health sanitarian inspected the property, they found that lead levels within the residence were unsafe. Residents living in homes predating 1978, especially children, can suffer serious health effects such as learning disabilities, behavioral problems, seizures, coma and possibly death if too much lead paint is consumed via chipping or inhalation of contaminated dust.

Although the sanitarian had worked to help remediate the lead-related violations with the landlord, the property still failed to meet full compliance. As a result, a “Do Not Allow Occupancy of Dwelling Unit” notice was posted in February 2020, indicating that the property had to remain vacant until re-inspected and approved for occupancy by the Erie County Department of Health. 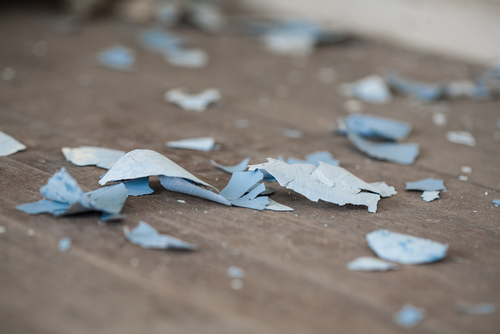 The landlord had allegedly carried out further remediation work. However, the property still failed to meet compliance to be approved for occupancy and received a second notice in January 2021.

Despite the orders received to keep the property vacant, Preischel allegedly rented to another tenant, who then occupied the property through February 2022.

The decision to continue renting the property failed to comply with the state’s public health law.

“I want the residents of Erie County to know that I take this crime very seriously as there are potential lifelong health consequences for children who have been exposed to this toxic substance. Any landlord who does not comply with a health department order and knowingly exposes their tenants, especially innocent children, to lead will be prosecuted to the fullest extent of the law,” said District Attorney Flynn.

“I want to thank the Erie County Department of Health for the work they do every day to keep our residents safe while providing my office with the necessary information to prosecute landlords who refuse to comply with public health law. I encourage anyone who has a concern about lead in their home to contact the Department of Health immediately.”

Preischel is scheduled to return to court on Tuesday, Nov. 15 at 9:30 a.m. for further proceedings. She was released on her own recognizance as the charge is a non-qualifying offense for bail. If convicted of the charge, Preischel faces a maximum sentence of one year in jail.

At the end of October, the New York City Department of Housing Preservation and Development announced that it had reached an agreement with landlord Jason Korn to correct multiple lead paint violations involving buildings located in Brooklyn.

According to reports, 285 residents’ homes were impacted because of 80 lead-based paint violations in six different locations throughout Brooklyn. The majority of the violations were for the failure to conduct proactive activities related to identifying or remediating any lead-based hazards, as well as failing to maintain detailed records of required activities from at least the past 10 years.

“Homes, where young children are living, must be lead-free. That’s the standard we’ve set as a City to protect our children from the serious health threats posed by peeling lead paint,” said HPD Commissioner Adolfo Carrión Jr.

“If tenants and landlords are struggling to maintain their properties, assistance can be provided. Still, landlords should know that HPD will use the full weight of its enforcement powers to keep our children in safe housing.”

As a result of the violations, Korn has been ordered to pay $82,500 in civil penalties and to correct all the outstanding violations within 90 days of the order signing.

In 2022 alone, the HPD has issued more than 15,000 lead-based paint violations and has spent more than $2 million on emergency repairs.

The lawsuit, filed in the Supreme Court of the State of New York in Onondaga County in October 2021, alleged that John Kiggins and his company, Endzone Properties, Inc., endangered the health of their tenants by repeatedly violating lead paint laws and failing to mitigate the issues.

After being found guilty of the lead poisoning of 18 children, Kiggins and Endzone Properties were permanently banned from managing or owning residential rental properties in New York. The agreement was reportedly negotiated in partnership with Onondaga County and the City of Syracuse.

In addition, Kiggins and his company were required to pay $215,000. According to CNY Central, the money will be used to prevent the exposure of children to lead paint in Syracuse and Onondaga County and will also aid families affected by lead poisoning.

Since the agreement was announced, it was reported that all properties owned by Kiggins and Endzone Properties have been sold and are currently under new management. Reports add that all violations found in the OAG investigation, in addition to those flagged by city and county officials, have been resolved in the properties that are currently occupied.

According to the news release, the EPA planned to offer free training on lead-safe work practices, which include renovation, repair and painting (RRP) lead-safe certification trainings and Lead Awareness Curriculum sessions to contractors in 10 communities across the nation and its territories.

As part of the program, two sessions were also offered. These included a Lead Awareness Curriculum Train-the-Trainer session, which is designed to equip community leaders to educate their communities about lead and lead exposure, as well as actions to reduce and prevent childhood exposure. An Understanding Lead session will educate community members interested in learning more about lead, lead exposure and actions to reduce their exposure.

More recently, at the end of the month the EPA hosted its National Lead Poisoning Prevention Week (NLPPW). Throughout the week, EPA Region 8 shared that it was summarizing compliance activity related to the RRP Rule and reminding residents and owners of pre-1978 homes about the risks of lead-based paint and the importance of following lead-safe practices to keep families safe.