If approved, the amendments outlined in the proposal would affect Michigan’s consumer products rule and the VOC rule for Architectural and Industrial Maintenance (AIM) coatings.

As outlined in rulemaking documents, the title of the proposed rule set is “Part 6. Emission Limitation and Prohibitions – Existing Sources of VOC Emissions.” The amendments proposed would affect the rule range of numbers R 336.1601 – R 336.1662 as to satisfy the requirements set out by the federal Clean Air Act. 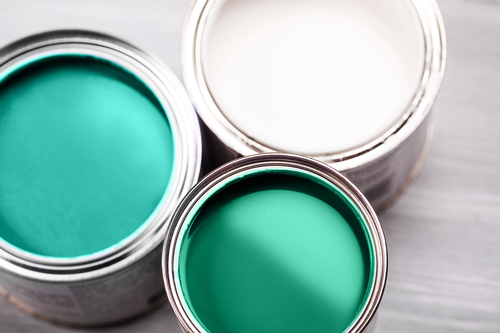 For this amendment, MI EGLE has included a compliance date of Jan. 1, 2023.

Amendments proposed for the state’s VOC rule regarding AIM coatings would also change to incorporate standards and requirements from the OTC Phase II Model Rule for AIM (by reference).

Prior to the proposal, ACA notes that the Association and its AIM Coatings Committee also urged MI EGLE to adopt provisions consistent with the OTC Phase II Model Rule for AIM. ACA pushed for similar changes in other states as well, including Ohio and New Jersey.

Just as suggested for the Consumer Products rule, the proposal includes a compliance date of Jan. 1, 2023.

MI EGLE will be accepting comments on its proposed rule package through Oct. 26. That same day, the department is planning to host a public hearing at 1:00 pm to discuss the proposal with interested stakeholders. The hearing will have both in-person and virtual participation options to attend.

Last year, the Canadian government released a consultation document proposing the renewal of the “Federal Agenda on the Reduction of Emissions of Volatile Organic Compounds from Consumer and Commercial Products.”

This was the first step in informing stakeholders of the place to develop specific measures to further reduce VOC emissions over the 2021-28 period. Among the proposed measures and products in the agenda, there are aims to reduce VOCs in architectural coatings, automotive refinishing products, commercial and industrial adhesives and sealants, and printing.

Additionally, Environment and Climate Change Canada will conduct a study to evaluate and reassess potential emissions reductions from aerosol coatings.

The government accepted comments until April 8, 2021.

According to ACA, the Canadian Paint and Coatings Association gathered more data and made submissions during that time, which also involved meeting with federal officials and engaging with a range of industry stakeholders on the EEEC report and new VOC limits for many of the 54 architectural coatings categories in Canada based on the California Air Resources Board 2019 Suggested Control Measure.

Earlier this year, in July, the Canadian government published a renewed version of its Federal Agenda regarding volatile organic compound (VOC) controls on industry products, signaling the country’s intent to take additional action between 2022 and 2030.

“The Government of Canada intends to move forward with taking action to improve air quality in order to reduce adverse impacts of air pollution on health and the environment. One element of the federal government’s air quality program is to further reduce volatile organic compound emissions from consumer and commercial products,” wrote the Department of Environment and the Department of Health in a joint rationale, at the time.

To further align with the United States, the Canadian government intends to proceed with the development of control instruments. Among a list of action items in the renewed agenda are the following:

According to reports, stakeholders and interested parties will have multiple opportunities to provide input to help inform the federal government’s actions toward further reducing VOC emissions related to consumer and commercial products.

At the time, the ACA also noted it was planning to follow the lead of the Canadian Paint and Coatings Association (CPCA), which is coordinating industry engagement with the Canadian regulatory authorities on this agenda.