RPM International Inc., parent company of specialty coatings and sealants brands including Carboline and Tremco, has recently released its Summary Annual Report for 2022. The report also marks the company’s 75th year of operation.

“My grandfather, Frank C. Sullivan, founded this company in 1947 with a tremendous appreciation for the people who came to work for him,” said Frank C. Sullivan, RPM Chairman and CEO. “My father, Thomas C. Sullivan, then spent more than five decades building RPM into a global, multi-billion-dollar business.

“While our company has evolved significantly since 1947 and we continue to map out a future focused on growth, one thing that will never change is our commitment to honoring the values my grandfather instilled and all the people who have upheld them over the last 75 years.” 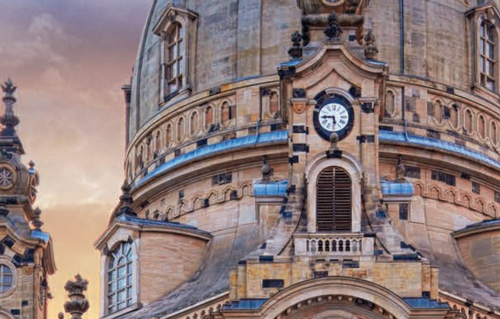 “The last two years have been among the most challenging in our history, yet RPM associates have shown tremendous resolve,” Sullivan wrote. “The COVID-19 pandemic changed how the world works. Beyond the initial wave of shutdowns and concerns about our personal health and safety, the pandemic left in its wake unprecedented supply-chain challenges, labor shortages, rising inflation and myriad other issues that continue to test us.

“Complicating matters even further is the ongoing war in Ukraine. From our factor floors and marketing operations to our logistics and leadership teams, RPM associations have remained resilient and made necessary adjustments to add value to our company and contribute to our sustained success.”

In fiscal year 2022, the company closed on eight acquisitions, including its Corsicana, Texas, manufacturing site. The company purchased the 178,000-square-foot chemical manufacturing facility in October last year in the hopes of strengthening its supply chain and increase resin production amid global shortages.

These acquisitions brought the company to 117 total manufacturing facilities, with 16,800 associates worldwide.

Sullivan also noted the company’s Margin Acceleration Plan (MAP) to Growth operating improvement program has generated $320 million in annualized cost savings since its implementation in 2018. In the coming months, the company plans to share details of MAP 2025, with some highlights including $8.5 billion in revenue alongside a 42% gross margin.

The company explained that because of the American Rescue and Recovery and Infrastructure Investment and Jobs acts, trillions of dollars are being infused into the economy. Much of this money, RPM notes, is targeted at areas where they are “well-positioned.”

“We can’t detail our FY22 results without discussing price volatility,” Sullivan continued. “In my 20 years as CEO, we’ve been implementing modest price increases only when needed. However, the current inflationary environment has forced us to take an unprecedented approach to pricing.

“In the last 15 months alone, we’ve implemented multiple price increases, accounting for a 9.8% increase on average across the board. Price-increase actions are continuing as we enter FY23. These necessary actions are expected to add significantly to our FY23 results.”

RPM operates within segments, allowing the company to “focus on our areas of expertise while identifying and implementing opportunities to streamline, collaborate and share best practices across the many brands.”

The Consumer Group, coming in with 33% of net sales, had a revenue of $2.2 billion for the fiscal year, down from last year’s $2.3 billion.

Despite meeting record sales in fiscal year 2021 due to do-it-yourself projects driven by the COVID-19 lockdowns, this group reportedly faced challenges in fiscal year 2022 such as increases in the cost of raw materials, labor and transportation issues, and the ongoing pandemic.

Bill Spaulding, President of the Consumer Group, said that they “plan to turn the corner on these challenges” for the upcoming fiscal year.

“We have implemented price increases with our customers, brough on additional capacity and are experiencing a more stable supply of raw materials, which will lead to higher levels of production and fill rates,” he explained.

“We outperformed not only our historical results, but also our peer group, a direct result of our hard work to respond and adapt to dynamic market and industry challenges,” said Dave Dennsteadt, President of the performance Coatings Group.

“Across our group, we believe our laser-like focus on market penetration and innovation in the coming year will propel us to expand our differentiation and pivot past our perceived and real competitors.”

Finally, the Specialty Products Group made up a total of 12% of net sales, bringing in a revenue of $791 million versus last fiscal year’s $706 million.

“Our Specialty Products Group made great strides in developing the tools and capabilities to drive commercial excellence,” said Ronnie Holman, President of the Specialty Products Group. “These efforts are continuing into FY23 through improved cost accounting, better understanding of market pricing dynamics and more effective use of our enterprise resource planning system.”

At the end of July, RPM released its fourth-quarter and year-end financial report, reporting record sales increases of 13.7% and 9.8%, respectively. Fourth-quarter sales landed at $1.98 billion and year-end came in at $6.71 billion.

Finally, the Specialty Products Group reported record net sales of $225.8 million during the fourth quarter, which increased 11.4% compared to net sales of $202.8 million in 2021. For the year, sales were $790.8 million compared to $706 million a year ago, representing an increase of 12%. Organic sales increased 12.2%. Acquisitions added 0.5% and foreign currency translation was a headwind of 1.3%.