The Federal Highway Administration recently announced that it has suspended a New York painting contractor from non-procurement federal contracting. The suspension comes after a settlement was previously reached with Spectrum Painting Corp. regarding false payment claims and misrepresenting the work of its employees on two federally funded projects.

In 2019, the U.S. federal government filed a civil lawsuit against Spectrum Painting (Scarsdale, New York) for allegedly defrauding government contracts for the painting of the Brooklyn Bridge and Queens Plaza transit facility, by exploiting the DBE program.

The suit followed the award of a $150 million coating contract for the rehabilitation of the Brooklyn Bridge and Queens Plaza projects to Ahern in 2010. In the contract, Ahern was required to set aside 14% of the work to DBE subcontractors. Tower was hired for a portion of this work. 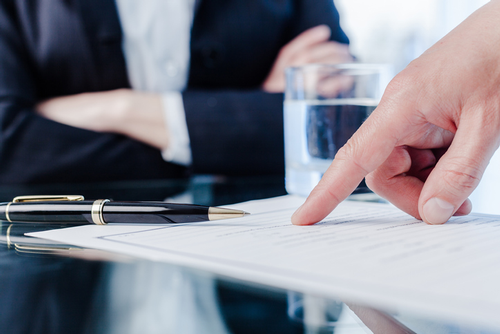 The government reported that Tower and Spectrum officials knew one another from working on previous projects together. Allegedly, Ahern agreed to have Spectrum use Tower’s status as a DBE to take credit for millions of dollars of work. But, since Tower did not perform a “commercially useful function” on the projects, Spectrum completed more of the directing, managing and supervising the DBE work.

In addition to this, Ahern and Tower allegedly repeatedly sent out false statements and records to the main contractor, Skanska Koch Inc. (Brooklyn), NYC-DOT and the Metropolitan Transit Authority, misrepresenting that Tower had completed all the work alone and didn’t hire a subcontractor.

The government then claimed that Spectrum was paying kickbacks to an Ahern superintendent in the form of a $10,000 “commission payment” for commissioning the projects and arranged a free trip to Atlantic City in 2010 and 2012 for the vice president.

Because of the investigative work completed by Douglas Shoemaker, regional Special Agent-in-Charge of the United States Deptartment of Transportation Office of the Inspector General; Margeret Garnett, the Commissioner of the NYC Deptartment of Investigation; Barry L. Kluger, Inspector General of the MTA-OIG; and all those involved with the investigation, a case was officially made in 2019.

Geoffrey S. Berman, the United States Attorney for the Southern District of New York, filed the charges against the three contractors, while assistant U.S. attorneys Monica Folch and Li Yu were put in charge of the case.

As alleged in the amended complaint filed in Manhattan federal court in August 2019, Spectrum performed steel painting work on two federally funded projects to renovate the Brooklyn Bridge and Queens Plaza. Contracts for both projects required codefendant Ahern Painting Contractors Co. to hire DBEs to perform a percentage of the work and to adhere to the DBE regulations.

However, because Spectrum was not a certified DBE, the company and Tower used Tower’s status as a DBE to take credit for work that was performed, managed, and supervised by Spectrum. In addition, Spectrum was found to have its employees represent themselves as Tower employees in project documents.

In a settlement approved by U.S. District Judge Analisa Torres, Spectrum admitted and accepted responsibility for conduct alleged in the Government’s amended complaint and has agreed to pay $400,000 to the United States.

“Developing a fair and equal environment is how we do business in New York City and that is why contractors must follow the laws advancing participation by minority- and women-owned businesses. DOI thanks the U.S. Attorney’s Office for the Southern District of New York and the rest of our law enforcement partners on this matter for this successful result.”

As part of the settlement, Spectrum admits, acknowledges and accepts responsibility for the following conduct alleged in the amended complaint:

The case against Ahern was resolved in a settlement approved by Judge Torres in October 2019, and the case against Tower was still ongoing at the time.

At the end of August, the U.S. Department of Transportation Office of Inspector General released a statement that the FHWA had suspended Spectrum Painting from non-procurement federal contracting. According to the release, Spectrum and the U.S. Government entered into a stipulation and order of settlement and dismissal following the admittance of the alleged conduct in the complaint.

According to the System for Award Management (SAM), the active exclusion status began on Aug. 31 and the termination date is indefinite. However, the OIG did note that a suspension or debarment frequently covers a specific period of time and the SAM should be consulted to determine if that company is currently suspended or debarred.

The exclusion type is listed as “Proceedings Pending,” meaning that the firm is preliminary ineligible based upon adequate evidence of conduct indicating a lack of business honesty or integrity, or regulation, statute, executive order or other legal authority, pending completion of an investigation and/or legal proceedings.

This ruling also relies on initiation of proceedings to determine final ineligibility based upon regulation, statute, executive order or other legal authority or a lack of business integrity or a preponderance of evidence of any other cause of a serious and compelling nature that it affects present responsibility.

As a result, federal agencies cannot solicit offers from, award contracts to renew, place new orders with or otherwise extended the duration of current contracts, or consent to subcontracts of more than $30,000, with Spectrum Painting. Certain federal funding can also not be awarded by agencies, and an ineligible person cannot participate as a principal handling these funds.

Additionally, they cannot occupy a technical or professional position capable of substantially influencing the development or outcome of a funded activity, nor act as an agent or representative of other participants in federal assistance, loans and benefits programs

No additional comments were provided.