Collaborative Reporting for Safer Structures UK (Cross-UK) is a collaborative body that compiles and publishes free safety information for built environment professionals. Founded in 2005 as a system for the collation of data on matters of concern relating to structural safety, the collective was formally known as Confidential Reporting on Structural Safety (Cross).

Cross operates internationally and is based on work by the Standing Committee on Structural Safety (Scoss). In 2012, Scoss and Cross were officially aligned under the name Structural-Safety.

Following in the footsteps of Cross-UK, IStructE launched in Australia with Cross-AUS in 2018, and then in 2019, the network grew to the United States with Cross-US formed by the Structural Engineering Institute (SEI) of the American Society of Civil Engineers (ASCE).

Last year, the Cross system expanded in 2021 to include structural safety as well as fire safety and united all three entities—Structural-Safety, Scoss and Cross—to operate under a new name, Collaborative Reporting for Safer Structures (Cross). 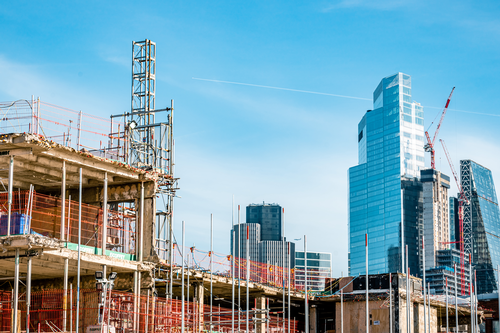 According to reports, the organization’s updates are meant to illustrate the connection and to respond to the overlap, both professional and physical, between structural safety and fire safety. Upon collection, the information is confidentially shared with a panel of expert volunteers who review and comment on the findings to provide additional insight.

In addition to educating others about the importance of identifying and relaying structural safety issues and building incidents (such as near misses), reports are intended to:

In its latest report, published on Aug. 26, Cross-UK shared concerns that the structural designs of some buildings in the country could potentially be non-compliant for several reasons, including:

According to reports, it is believed that some of the occurring oversights were due to inappropriate cost-cutting by the client, in addition to some designers taking on engineering design work despite not being suitable, experienced and/or qualified.

In addition, the reporters found that some professional engineers and building control bodies willingly offered partial services and/or made decisions on structural issues without first taking advice from a structural engineer.

As a result of the findings, Cross-UK went on to outline their thoughts as to those actions that could help to reduce the chance of unsafe structures being designed and constructed. Specifically, the reporter suggested:

Cross-UK also went on to suggest that a new code, similar to the code of practice for temporary works procedures and permissible stress design of falsework, whereby all temporary works designs require checks of increasing scrutiny, could be implemented. The collective asserted that in having a code, “such a requirement is much harder to ignore if it is codified – once codified it becomes ‘the normal way of doing things.’”

In a response to the report, the Cross-UK expert panel also issued its own statement, saying that these criticisms “unfortunately are most likely familiar to many readers and are reported on by Cross with some regularity.”

In closing, Cross-UK stated, “We need to find a way of ensuring appropriate quality control for design and execution including adequate design, checking, contractor supervision and independent supervision by suitably qualified and experienced personnel (SQEP). As with so much of our industry, clients are key here, including for smaller works, as they have the chance to select suitably qualified and experienced advisers.

“Clients should always be concerned to understand the competence of building professionals they propose to appoint. Capability in terms of the experience, training and qualifications should be assessed alongside the proposed resourcing. Clients could also seek references to help them understand the competence of particular design organisations. The HSE has published important guidance for both domestic and commercial clients insofar as their legal responsibilities under the Construction (Design and Management) Regulations 2015 are concerned.

“Firms or indeed individual engineers, performing as designers, also need to understand their suitability to undertake particular commissions. Persons must be competent to perform the duties offered, apply appropriate skills, experience and knowledge, and have full regard for safety. The Institution of Structural Engineers’ Business Practice Note No. 15: Competency, overviews issues of competency, ethics, and the need to address limitations as engineers.”

Overall, Cross-UK stressed that the project engineer must have overall responsibility for any given design project. While this could require more than one person on larger, more complex projects, it is essential to have a person or team with the requisite skill and experience to manage the risk and ensure success may be appropriate.

At the beginning of the year, the Secretary of State for Levelling Up, Housing and Communities and Minister for Intergovernmental Relations in the U.K. proposed amendments to the country’s Building Safety Bill.

The announcement followed Secretary Michael Gove’s statement in January, when he set out a four-point plan to reset the approach to building safety and give leaseholders more protection against unfair costs.

While the Department for Levelling Up, Housing and Communities is still hosting ongoing discussions with industry leaders, who also agree that leaseholders should not pay cladding removal costs, the Secretary has since reported that he is ready to act against those who are unwilling to make commitments.

In following up on his intentions, on Feb. 14, Secretary Gove presented tough new measures that intend to force the industry to pay to remove cladding and protect leaseholders from exorbitant costs.

For those in the industry not doing the right thing, the government reports that it intends to block planning permission and building control sign-off on developments, thus effectively preventing those who refuse to participate from building and selling new homes. Although the government hopes that it does not have to use such measures, if developers and manufacturers are not compliant with the nation’s remediation efforts, they will have to face commercial and financial consequences.

For manufacturers who have been successfully prosecuted under construction products regulations, Cost Contribution Orders will be placed, which require the manufacturer to pay their fair share on buildings requiring remediation. Prior to this amendment, a manufacturer could be found guilty of misconduct but could not be charged to fix the problems they caused in selling defective products.

Additional amendments would also allow building owners and landlords to take legal action against manufacturers who used defective products on a home that has since been found unfit for habitation. The power will stretch back 30 years and allow recovery where costs have already been paid out.

New clauses also aim to ensure that no leaseholder living in their own home, or subletting in a building over 11 meters tall, ever has to pay for the removal of dangerous cladding. If passed by Parliament, these clauses will hugely reduce the invoices that have been sent to leaseholders for taking down cladding, in some cases for over 100,000 pounds.

Alongside further leaseholder legal protections, courts will also be given new powers to allow developers to be sued where they have used shell companies to manage specific developments, so they can avoid taking responsibility for their actions.

The bill went into law earlier this year.