The City of Hattiesburg in Mississippi has recently introduced a new program for lead-based paint hazard inspection and assessment safety training, as well as lead abatement. The LeadSAFE Hattiesburg program, from the Community Development Division, is funded by a $1.6 million lead-hazard reduction grant from the U.S. Department of Housing and Urban Development.

“These grant programs operate out of a necessity to abate and reduce the occurrence of LBP hazards that exist locally for housing units that were built before this time period,” said Demetria Farve, LeadSAFE Hattiesburg program manager.

“To do that, we’re hosting a training program that will help grow the lead abatement workforce and will soon open applications for lead abatement in local homes for residents who meet qualify.”

While the courses are offered at no cost, spots are limited. Participants also must have a high school diploma or GED, reside within the city limits of Hattiesburg and must not exceed income limits for HUD. 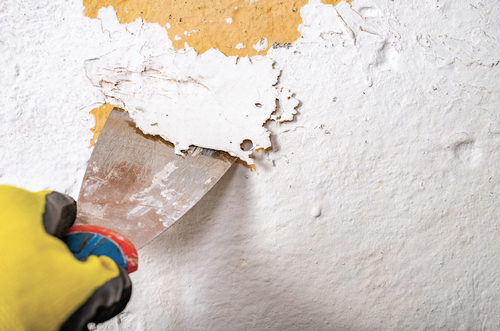 Hattiesburg Community Development Division
The City of Hattiesburg in Mississippi has recently introduced a new program for lead-based paint hazard inspection and assessment safety training, as well as lead abatement.

Additionally, the program will focus on lead abatement for residents who live within the city limits. If income-eligible, residents can apply for financial assistance for lead abatement within their home. The HUD income requirements can be found here.

“The LeadSAFE grant allows the city to take a proactive and targeted approach to enhance safe housing and community development in Hattiesburg,” said Mayor Toby Barker. “Abating older homes from the dangers of lead paint and training local individuals to learn a skill will enhance the long-term competitiveness of our neighborhoods.”

Eligibility questions, such as if a child six years of age or under and/or a pregnant woman has been occupying the home at least six hours per week or if the home was built before 1978, must be completed. A paint inspection of the property is also required to determine the presence of LBP hazards.

Applications for this portion of the program will be available in the fall. To learn more about the safety training courses or the abatement program, participants are encouraged to call 601-554-1006 or email leadsafe@hattiesburgms.com.

The CDC also reports that the Department of Health and Human Services, the EPA and the International Agency for Research on Cancer have determined that lead is probably cancer-causing in humans.

Earlier this year, in June, OSHA published an Advance Notice of Proposed Rulemaking to revise its standards for occupational exposure to lead.

In addition, the Administration collected comments on employers’ current practices to address lead exposure, associated costs and other areas of interest. Comments were due at the end of August.

In January of this year the EPA announced plans to proceed with the withdrawal of previously published answers to two Frequently Asked Questions concerning property management companies and their compliance responsibility under the Toxic Substances Control Act and the Lead Renovation Repair and Painting Rule.

In June, U.S. Department of Housing and Urban Development (HUD) Secretary Marcia L. Fudge announced that the Department had made $520 million in funding available to better protect low-income households from lead-based paint and other home health and safety hazards.

Of the $520 million in grants announced, HUD’s Healthy Homes Supplements has provided $30 million to help communities with other health and safety hazards in homes where lead-based paint hazards are being treated.

At the end of last year, the White House released its Lead Pipe and Paint Action Plan as part of the bipartisan infrastructure law, to deliver clean drinking water, replace lead pipes and remediate lead paint. The goal of the plan is to replace all lead pipes in the next decade.

According to the White House, approximately 10 million American households and 400,000 schools land childcare centers are served by a lead service line or pipe. About 24 million housing units have lead-based paint hazards, which reportedly 4 million of house young children.

The plan, according to the White House Fact Sheet, features 15 new actions with more than 10 federal agencies. These actions are divided into three categories, including getting resources to communities, updating rules and strengthen enforcement and reducing exposure in disadvantaged communities, schools, daycare centers and public housing, including:

“The Biden-Harris Administration will correct these wrongs and use every tool at its disposal to eliminate all lead service lines and remediate lead paint,” stated the press release.

The White House states that low-income people and communities of color are disproportionately exposed to the risks of lead-contaminated drinking water, including Non-Hispanic Black people being more than twice as likely as non-Hispanic white people to live in moderately or severely substandard housing.