“Global sustainability is on the rise, and in response, IPRA continues to keep the recycled paint industry on the front lines,” said Scott Cassel, CEO and Founder of Product Stewardship Institute (PSI). “Together, we seek to lead the paint industry towards a zero-waste future and continue to promote the circular economy – both industry-wide and around the world.”

Launched in 2019 through a partnership between PSI and an alliance of North American recycled paint manufacturers, the IPRA aims to promote the quality, availability and value of recycled latex paint.

The Association is reportedly the first organization to represent the recycled paint industry, primarily focusing on the recycling of unused household latex paint into first-rate coatings for residential and commercial markets. 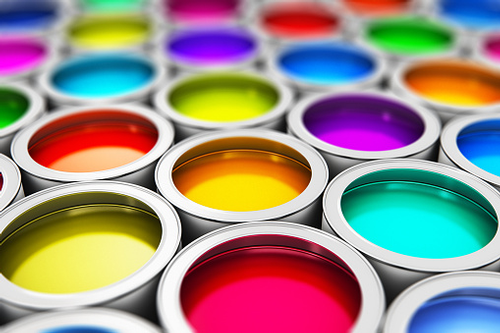 “Recycled paint manufacturers use sophisticated collection, sorting, and processing techniques to produce an extremely high-quality product,” said Sanjeev Bagaria, IPRA President and Chief Executive Officer of GDB International at the time of the launch. “By recycling leftover paint, our industry provides professional, affordable products to our customers and creates jobs, all while reducing waste and recovering valuable resources.”

Technical support and facilitation of the Association are handled by the national nonprofit PSI.

“For paint stewardship to work, consumers need to understand that recycled paint is high quality, comes in a variety of colors, and is often significantly lower in cost than virgin paint,” said Cassel. “Households, government agencies, and businesses will have an easy win for the environment and their pocketbooks by using recycled paint.”

The IPRA officially kicked off its programs that same year during an inaugural Recycled Paint Summit held in Azusa, California. More recently, the Association hosted its second annual conference in Denver.

The Association works with several paint stewardship programs around the world, most notably PaintCare USA and Product Care Canada, among others.

Earlier this month, IPRA released its annual report for 2021, highlighting several areas where the Association and the recycled paint industry made strides in comparison to its report in 2020. After releasing its initial report, the IPRA outlined three strategic focuses:

According to the report, by the end of 2021, every member of the IPRA was certified to the paint certification standard via the lab at the Missouri University of Science and Technology. The Association also testified in support of new legislation across several states, with plans to support Missouri, Illinois, Maryland, New Jersey and Massachusetts—all of which have extended producer responsibility (EPR) bills on the roster—this year.

Also reported for the year, paint stewardship programs operating in nine states, in addition to the District of Columbia, collected an estimated eight million gallons of leftover paint. Of that collection, 6.7 million gallons were latex and 71% of which was able to be processed and recycled under the Association’s programs.

The IPRA noted in its report that the paint-to-paint recycling rate was up 68% from 2021 and was the highest rate ever recorded by PaintCare since 2016.

Other notable statistics in the report included:

The report also touched on priorities for 2022 in its report, setting out two new strategic initiatives in addition to continuing to focus on the 2021 initiative to continue helping the recycled paint industry navigate the ongoing impacts of COVID-19 through the end of 2022 and beyond.

The new initiatives outlined for this year include:

In August 2021, PaintCare announced that it had successfully collected more than 50 million gallons of paint from homes and businesses.

PaintCare programs are available in states that have passed paint stewardship laws and provide a statewide network of locations where the public can recycle leftover paint, stain and varnish. According to PaintCare, the laws aim to ensure that everyone involved in the production, sale and use of paint work together to manage the entire product life cycle of paint.

The program is funded by a fee on sales of new paint and remitted to PaintCare by paint manufacturers to operate the program. The fee funds all aspects of the program in each state, including paint collection, transportation, processing and public education.

Oregon was the first to pass such a law in 2009, and over the past decade was followed by similar laws in California, Colorado, Connecticut, the District of Columbia, Maine, Minnesota, Oregon, Rhode Island, Vermont, Washington, and, most recently, New York, where a new program recently launched operations in May 2022.

For several of these laws, IPRA reportedly testified in support of paint stewardship in Maryland, Massachusetts, Missouri (a first-time bill) and New Jersey. The IPRA also supported the launch of New York’s stewardship program, joining the paint industry’s American Coatings Association and the industry nonprofit PaintCare in promoting the new program in a joint press release.

Around the same time that New York’s program was launched, PaintCare released its first annual report for its Washington paint recycling program, reporting that it collected approximately 842,000 gallons of unwanted paint during the first year of operations.

The annual report added that of the latex paint dropped off during the first year, 88.1% was recycled back into paint.

PaintCare further noted that 581,363 gallons were collected in just the first nine months of the Washington program—89% of that was latex and 11% was oil-based. The program, which is guided by the state’s paint stewardship law (SHB 1652), officially launched on April 1, 2021, and is comprised of 210 year-round drop-off sites.