Slated to take place over the next three years, the New York City Pathways to Industrial and Construction Careers (PINCC) will be funded by an $18.6 million grant from the U.S. Economic Development Administration in response to New York City’s winning proposal to the Good Jobs Challenge created under the American Rescue Plan Act of 2021.

“All New Yorkers deserve to earn a living wage and share in our city’s prosperity, and that’s why I’m proud to announce the Pathways to Industrial and Construction Careers,” said Mayor Adams. “With the support of an $18.6 million federal grant, we are taking major steps towards making sure that thousands of New Yorkers have access to jobs that they can support a family with, while giving our city’s employers access to the talent they need to thrive.

“This is a dynamic new approach to workforce development and a major shift from the previous way jobseekers and employers were served. And this isn’t just about a single program — we are applying this same philosophy to revolutionize our approach to talent development in New York City by signing an executive order to streamline the efforts of nearly two dozen city agencies and offices that administer these programs. Lives will be changed because of this work and employers will be provided with a strong talent pipeline needed to grow.”

All over North America, several reports have indicated that the construction industry is continuing to undergo challenges related to supply chain disruptions, labor shortages and recruitment, among others. 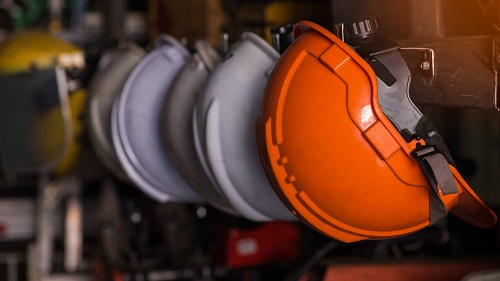 More recently, last month AGC found in a report that construction employment in the U.S. climbed by 13,000 in June. However, the continued plunge in jobseekers continues to leave the construction industry with a record number of unfilled positions at the end of May.

To that end, in a recent analysis by the specialized division of staffing giant PeopleReady, PeopleReady Skilled Trades, the construction industry is one of the hardest hit by worker scarcity.

“With so few young workers joining the skilled trades, there is real imperative for employers to develop programs that will attract new talent, while investing in and retaining their existing workforce,” said Jill Quinn, Executive Leader of PeopleReady Skilled Trades, at the time. “With thousands of openings in the skilled trades today, employers who find innovative ways to instill a sense of belonging and pride within their workforce and the skilled trades as a whole will have a competitive advantage for the future.”

According to a press release, the latest initiative in New York City helps to set the stage for the Adams administration’s newly announced citywide talent development strategy, set forth in Executive Order 22.

The executive order reportedly aligns with nearly two dozen city agencies and offices that administer workforce training and job placement programs, in addition to education institutions. The order will also create a Future of Workers Task Force to consider and inform every aspect of the city’s strategy for empowering New Yorkers to secure and succeed in family-sustaining careers.

The task force will be staffed by the Mayor’s Office of Talent and Workforce Development—in partnership with CUNY and the DOE—employers and other key stakeholders.

Specifically, PINCC will focus on all three phases of the employment cycle: recruitment and training, job placement, retention and advancement.

The program projects to train nearly 2,300 New Yorkers and help place them in high-wage and/or unionized jobs with benefits in roles like diesel mechanic, general utility worker, tradesperson or construction project manager.

“New York City deserves a workforce that reflects the diversity of its people,” said Deputy Mayor for Strategic Initiatives Sheena Wright. “With the signing of this executive order, we move one step closer to building a more equitable, fairer workforce that meets the pressing economic needs of our time while prioritizing inclusivity.”

The press release went on to note that participants in the program will be targeted for specific interest in construction and industrial careers, matched with training appropriate for their skills and ambitions, and placed and provided ongoing support through an extensive set of employer relationships.

In its entirety, the executive order will also:

“Our economic recovery and future prosperity depend on the diverse talents of all New Yorkers connecting to and helping to create opportunity,” said Abby Jo Sigal, executive director, Mayor’s Office of Talent and Workforce Development. “Talent is New York City’s most important resource, and what makes our city great. The signing of the executive order, convening the Future of Workers Taskforce, and implementing PINCC are the critical first steps to building a citywide strategy to fully tap this talent so that every New Yorker can contribute to an inclusive, thriving economy. "

In a recent statement, the White House announced that over $40 billion in American Rescue Plan funds have been committed to strengthening and expanding the United States’ workforce.

To highlight the achievements, government officials hosted a half-day White House Summit in July, which highlighted top American Rescue Plan workforce best practices from governors, mayors and county leaders across the country. The summit also called on other government officials and private sector leaders to expand investments in the workforce.

Through these initiatives, it was reported that President Joe Biden and Vice President Harris launched the Administration’s Infrastructure Talent Pipeline Challenge. The program reportedly encourages partnerships by the public and private sectors to ensure a strong and diverse workforce to help rebuild the nation’s infrastructure and supply chains.

Around the same time, U.S. Secretary of Commerce Gina Raimondo announced that $500 million in government funding was awarded to 32 industry-led workforce training partnerships across the nation from a pool of 509 applicants.

The funding is slated to advance a broad range of sectors, including: agriculture and food production; energy and resilience; healthcare; manufacturing; and information technology. The funding is also expected to jumpstart the design, development, implementation and expansion of training programs that are tailored specifically to each community.

Furthermore, the department reports that the awarded projects will expand access to the workforce and increase labor participation through a focus on job quality and equity.

While numerous efforts have taken place on a national level, some companies have gone as far as to act on their own to improve the workforce. Earlier this month, modular home building startup Module launched the Last Mile Lab, a construction innovation lab and workforce training program.

Located in Pittsburgh, the facility is supported by funding from the Richard King Mellon Foundation.