Last week, Massachusetts Governor Charlie Baker signed an almost $11.4 billion bill to approve bond authorizations for infrastructure projects in the state. The bill, H 5151, includes $400 million for immediate safety improvements on the Massachusetts Bay Transportation Authority's public transit system and $275 million as a down payment for a passenger rail expansion.

However, the approval did not come without several changes, including the vetoing of four outside sections and five proposed amendments. One amendment would reportedly rework a section of the bill in which lawmakers called on the T to outline short-, medium- and long-term plans to transform the commuter rail system.

“I support this planning to make the commuter rail system more productive, equitable and decarbonized,” Baker wrote in his amendment letter. “I am proposing changes to ensure the plans incorporate the most up to date technology.”

One proposed amendment plans to reshape MBTA mandates regarding safety and staffing crises. The T would be required to file a monthly report with the state inspector general listing all recent “incidents, accidents, casualties and hazards” across the transit system, which the MBTA would then need to make publicly available. 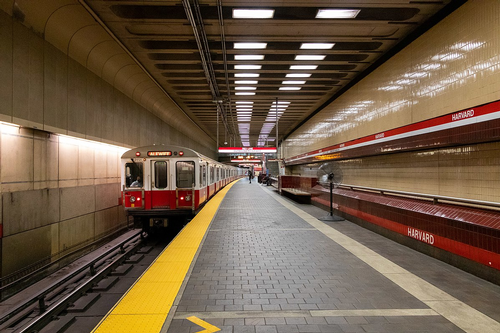 These provisions are reportedly meant to address what the Transportation Committee has learned while investigating safety concerns regarding the transit system. Days after the committee held its first meeting, and at the time only, hearing, an Orange Line train caught fire on a bridge during a morning commute.

“I am happy to say the investments throughout the commonwealth will provide better commutes, better environmental response to our transportation system and more reliability,” Rep. Norman Orrall, who said he worked on transportation projects as a civil engineer, said. “There is a lot of work to be done.”

“This change will allow for consistent and comprehensive safety data analysis in a single report,” Baker said.

Staffing shortages that have strained service and safety also prompted that the MBTA will submit regular reports summarizing its unfilled job positions, recent hires and how long new workers will need to be trained. The bill called for those reports to be filed “not more than one week after the effective date of this act and monthly thereafter.”

The bill also aims to maximize the impact of a new federal infrastructure law, as the state is expected to receive billions of dollars in the coming years, as well as have funding become available through federal grants.

It includes $2.8 billion for projects on the interstate and non-interstate federal highway system, $1.375 billion for transit and rail improvements, $1.27 billion for non-federally aided road and bridge projects and tens of millions of dollars more for multimodal transportation planning, regional transit network improvements and Complete Streets funding for municipalities.

“MassTRAC will invest $11.4 billion in the Commonwealth’s roads, bridges and environmental infrastructure through proven, existing programs, including Complete Streets and the Municipal Small Bridge program,” Baker said in a statement. “The bill will also advance major projects in cities and towns across the state by providing matching funds that will allow Massachusetts to compete for funding through the federal Bipartisan Infrastructure Law.

“The MassTRAC bill includes many of the proposals our administration included when first filing the legislation, and I am grateful to our partners in the Legislature for continuing to support infrastructure investments in Massachusetts’ cities and towns.”

“Since taking office in 2015, we have worked hard to ensure [Massachusetts] is a national leader in combating climate change,” Baker tweeted. “Today, I signed a climate bill into law that will further support our administration’s wide-ranging efforts.”

Earlier this year, it was reported that several public projects were experiencing cost increases due to inflation, with some projects doubling or tripling in cost compared to original estimates. From bridge replacements to Massachusetts Turnpike renovations, contractors are being impacted by cost increases for materials.

James Kirby, president and CEO of Commercial Construction Consulting in Boston, told The Engineering News-Record that construction costs, which were already in single-digit increases in the Boston area before the pandemic, have now broken into the double digits.

“They are making headlines,” Kirby said. “You are looking at 20% over two years. That is a staggering amount of money for any project, but when you are dealing with projects in the billions, that is a lot more zeroes.”

The largest reported jump in estimated costs for the area include replacement plans for the Bourne and Sagamore bridges over the Cape Cod Canal. In 2019, the price tag to demolish and replace the two 85-year-old spans ranged from $1.4 billion to $1.65 billion.

However, Massachusetts Department of Transportation Secretary Jamey Tesler reported in May that the U.S. Army Corps of Engineers now expects the price will “likely be in the range or possibilities from close to $3 billion to close to $4 billion.”

According to reports, the federal government was initially expected to cover the costs of demolition and construction. Earlier this month, the state and USACE applied for $1 billion in federal funding through the first round of the Multimodal Project Discretionary Grant Opportunity, a $2.9 billion grant made possible through the bipartisan infrastructure law.

In an email to the Cape Cod Times, Bryan Purtell, Corps Public Affairs Officer, said the cost estimate would continue to be refined based on “...current inflation, supply chain, fuel, and other cost increase impacts associated with a worldwide pandemic that were not predicted in the original 2020 cost estimate.”

Another project being impacted by inflation in the state is the Allston Multimodal Project, a replacement plan for the Allston Viaduct that carries the Massachusetts Turnpike from the Allston Interchange to the Commonwealth Avenue Bridge. Crews plan to construct eight Turnpike lanes, four tail tracks, four lanes of Soldiers Field Road and a pedestrian boardwalk over the Charles River, all at the same level.

Construction costs have reportedly increased 17.6% from the estimate last fall, boosting the project amount to $2 billion, or over $300 million more than originally anticipated.

Kirby told reporters that cost estimates on publicly funded projects can be more difficult, noting there aren’t as many similar projects to compare costs with. Additionally, there is a tendency to underestimate the costs in the beginning, as full scope costs and challenges aren’t always visible at the start of a project.

Richard Dimino, President and CEO of A Better City, said one factor in the rising price tag for the now $2 billion revamp of the Allston Turnpike is that state officials began digging deeper into the plans.