“We are on an intentional journey to experience beautiful, living color as we evolve,” said Sue Wadden, Director of Color Marketing at Sherwin-Williams. “Our connection to the Earth, fondest memories and future hopes are what will influence our global outlook in the months to come.

“These influences affect our commercial spaces as much as they do our homes. Embracing the idea of TERRA in design inspires a new way of living that will be defined by balance, presence, support and the enduring joy that awaits us.” 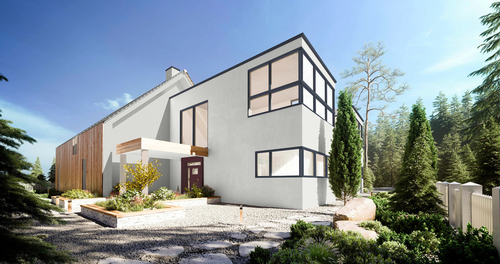 According to Sherwin, Wadden and the company’s Global Forecast Team of color professionals conduct extensive research each year individually, then come together in a workshop to build the forecast and set the tone for the conversation and what the color of the year will be.

For this research, the team considers various trend topics, such as climate change, mental health and more, which are then translated into defining colors and cohesive palettes.

The full palettes can be found here.

The colors are meant to be explored and embraced when designing inspiring spaces for commercial, hospitality, new residential, healthcare, education and multifamily settings.

According to Sherwin, each palette captures themes of resourceful ingenuity, pushing boundaries, embracing community and diving into a new way of living, reflecting how these ideas will continue to influence the commercial design landscape in 2023 and beyond.

The following palettes were outlined in the emailed press release: