Last week, the U.S. Department of Transportation's Pipeline and Hazardous Materials Safety Administration announced a final rule to strengthen the safety and environmental protection of more than 300,000 miles of onshore gas transmission pipelines. The rule was transmitted to the Federal Register on Aug. 4.

According to the PHMSA’s release, the rule was first initiated 11 years ago and incorporates lessons learned through the investigation of the San Bruno gas transmission pipeline explosion in 2010, which resulted in the death of eight people and injuries to more than 60 others. The final rule establishes standards for identifying threats, potential failures and worst-case scenarios from an initial failure through conclusion of an incident.

"When pipelines leak or fail, the results can be deadly, as we saw in the 2010 San Bruno tragedy," said U.S. Transportation Secretary Pete Buttigieg. "This new rule will significantly improve safety and environmental protections for our nation’s natural gas pipeline system, which will help save lives, avoid costly disruptions to gas service, and strengthen our supply chains."

Based on recommendations made by the National Transportation Safety Board, the rule establishes the following: 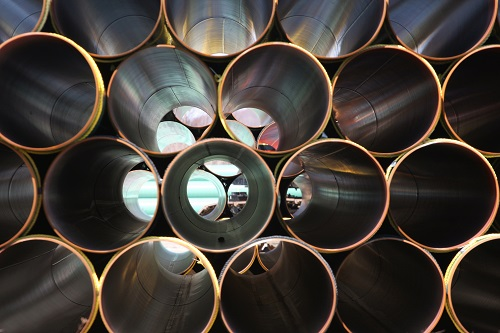 Additionally, the administration issued a 2019 gas transmission final rule to address a number of congressional mandates and safety recommendations, as well as a 2021 final rule that significantly expanded the scope of safety and reporting requirements for more than 400,000 miles of previously unregulated gas gathering lines.

PHMSA reports that the latest final rule also marks a milestone of the completion of three of the six measures in the U.S. Methane Reduction Action Plan. The final rule document can be read here.

On Sept. 9, 2010, a segment of PG&E's 30-inch gas transmission line exploded in San Bruno, killing eight people, injuring 58, destroying 38 homes and damaging another 70. Investigations into the explosion, PG&E's recordkeeping practices and the company's pipeline classification related to higher density populations "have brought to light the characteristics and consequences of PG&E's longstanding failure to heed federal and state regulations governing the safe operation of natural gas transmission pipelines throughout its system," the California Public Utilities Commission said.

Combined with the disallowances already adopted prior to the CPUC decision, PG&E's penalties and remedies exceeded $2.2 billion. According to the CPUC, PG&E committed 2,425 violations over a number of decades for a total of 18,447,803 days in violation. In some cases, the violations lasted for nearly 60 years.

PG&E shelled out a $70 million municipal restitution package in March 2012, in addition to an earlier commitment to fund replacement and repair of the city's infrastructure and other costs related to the accident and restoration of the neighborhood.

In July 2014, a San Francisco-based grand jury announced a criminal indictment charging the utility with obstructing the National Transportation Safety Board's investigation of the blast and additional violations of the National Gas Pipeline Safety Act. The indictment carried potential fines of over $1.1 billion.

In January 2015, the CPUC dropped a $530,000 fine for three violations of specific federal requirements to manage system integrity and two violations related to a gap in the company's operator qualification procedures.

In 2019, regulators alleged that in years following the explosion, PG&E continued to commit safety violations by falsifying data related to marking pipelines. A new investigation into the utility company was launched as a result of the allegations.

A CPUC staff investigation revealed that PG&E had violated measures related to locating and marking natural gas pipelines; these measures are in place so that other parties don’t accidentally damage these pipelines during construction work and other projects.

PG&E reportedly did not have enough employees dedicated to marking and location work, and with utility company supervisors also dealing with pressure, data was falsified so that requests for pipeline location “would not appear as late.” The violations occurred from 2012 to 2017, according to the CPUC.

More recently, the CPUC issued a citation against PG&E earlier this year for failing to correct problems with systems used to prevent corrosion in natural gas infrastructure. The $1.27 million fine is in response to PG&E's failure to remediate 127 pipeline locations with inadequate cathodic protection.

According to CPUC’s release, the citation was issued after an investigation was completed by its Safety and Enforcement Division, determining that PG&E violated Title 49 CFR §192.465(d). The violation presented “unacceptable risk to safe operations prior to corrective action.”

The commission reports that of the 311 violations the company failed to remediate within 15 months to the date the CP was found below adequate levels of protection, a citation was issued for the most long-standing violations. The 127 pipeline locations exceeded 24 months of remedial action, with a fine of $10,000 per CP violation.

These rules are an expansion on Congressional mandates that date back to the Pipeline Safety Act in 2011, along with recommendations from the National Transportation Safety Board. The rules include: