The U.S. Department of Labor reported last week that a Louisiana-based contractor had misclassified 306 painters and drywall workers as independent contractors, resulting in denied overtime wages.

According to the DOL, the skilled laborers were hired for several construction projects, including work at New Orleans’ multi-purpose stadium The Caesars Superdome.

According to the news release, many of the employees worked on projects involving Lanehart Commercial Painting (Baton Rouge, Louisiana)—operating as Lanehart. Upon further investigation, the division determined that a joint employment relationship existed between PL Construction Services and Lanehart for workers employed on Lanehart projects. 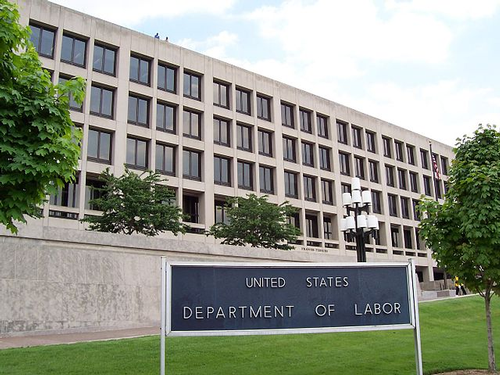 Among other factors, the division reported the following conditions:

Both practices were in violation of the Fair Labor Standards Act.

“Too often we find workers denied wage protections such as the right to overtime pay and other benefits – including unemployment insurance, workers’ compensation and health insurance – by employers who misclassify them as independent contractors,” said Wage and Hour District Director Troy Mouton in New Orleans.

“Our investigation shows the costly consequences employers face when they or their subcontractors fail to comply with the law. When we determine a joint employment relationship exists, the Wage and Hour Division will hold all responsible employers accountable for the violations.”

In total, the DOL recovered $246,570 in overtime back wages for 306 painters and drywall workers. Of that, Lanehart was reported to pay $199,342 to 243 employees, after being found as jointly liable. PL Construction Services paid the remaining balance of $47,228 to 76 employees.

“This investigation is part of our continued effort to investigate suspected misclassification of employees and to protect workers’ rights to full pay and benefits,” Mouton added. “In today’s job market, workers have choices when it comes to the employers for whom they work. Employers who respect their workers and their rights to worker protections and benefits, including full pay for their hard-earned wages, will have a competitive advantage when it comes to retaining and recruiting the people they need to operate their businesses.”

Over a span of several days, the DOL recently recovered wages for 135 workers across three different cases spanning the country.

In total, the DOL recovered $709,688—a combination of overtime and back wages from the contractors responsible for misclassifying workers as independent contractors, denying overtime and failing to pay correct wages.

Of what was collected, the DOL recovered $178,358 in overtime back wages for 27 employees of a Houston welding and fabrication company.

The DOL also recovered $156,837 in back wages from Honolulu-based contractor Tunista Services LLC. According to the Department’s news release, the contractor paid 46 workers lower wages than the law allows for the type of work they performed under federal contracts awarded by U.S. Marine Corps, Navy, Army and Coast Guard in Hawaii.

In a third investigation, the DOL recovered $374,493 in wages and liquidated damages for 62 construction workers from Cleveland, Tennessee-based Tom Willumson LLC—operating as Concept Construction.

According to reports, the contractor denied workers overtime wages and jeopardized the safety of an 11-year-old. The child was reportedly hired as a groundskeeper and was allowed to operate dangerous equipment, which was found to be in direct violation of FLSA child labor provisions.

In the fiscal year 2021, the DOL’s Wage and Hour Division recovered more than $36 million for more than 21,000 construction industry workers in more than 3,000 investigations.

In March, the DOL proposed a rulemaking for the Davis-Bacon and Related Acts to better reflect the needs of today’s construction industry and planned federal construction investments—a first in 40 years.

Under the current process, at least 51% of surveyed wages need to be within a “same or similar” margin. If the surveyed wages don’t meet the margin, a weighted average—opposed to a simple average—of all wages is used to determine a rate. The issue with this, according to officials, is that if occurrences of low wages become more frequent, the overall rate would also suffer.

Although worker groups and unions are reportedly in favor of the proposed changes, construction employer groups are in disagreement.