Nominations are now open for the 2022 JPCL Prestige Awards program, with this year’s awards featuring an enhanced focus on industrial painting projects, and the people and products that contribute to their successful completion.

Differing from past editions, the 2022 Top Project Awards will highlight specific products involved in notable coating projects across an array of industry sectors, including bridge and highway, water and wastewater, marine, energy production and more.

Additionally, each Top Project category will include Project MVP awards, which will recognize the team leaders who helped carry these projects through to successful completion.

“We wanted to enhance this year’s Prestige Awards by assessing the performance of top products and the influence of outstanding individuals on real-world, high-stakes painting projects,” said Charlie Lange, Editor-in-Chief, JPCL.

“By recognizing the team leaders and the materials and equipment used to complete these projects, we’re offering a 360-degree view of the jobs from start to finish, and truly focusing on the critical components that led to the project’s completion,” he added. 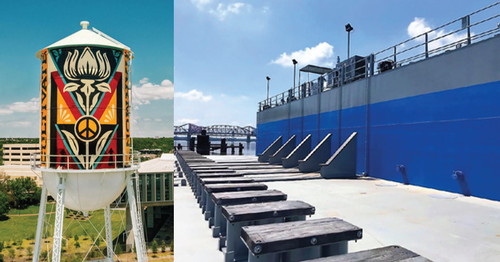 Eligible projects should have been completed between January 2021 and July 2022. Project nominations should include details about the project and companies involved, including the coating systems used and any surface preparation, application and inspection equipment employed on the job.

The Project MVP fields should include information about the individuals involved in the project, including their roles and responsibilities on the job. Nominations should also include high-resolution photos from the project and of the players involved.

“We’re more excited than ever to dive into this year’s nominations and learn more about the industry’s most noteworthy painting projects, and the people and products that made them successful,” said Lange.

The deadline to submit nominations is Oct. 15. There is no fee to enter.

Top Project categories for this year are as follows:

This award will be presented to a coatings project that involves a considerable amount of surface preparation prior to coatings application. Examples might include an exceptionally large area that needed to be prepared, or the use of novel materials, equipment or processes. Project nominations should include details about the equipment and materials employed, as well as specifications and standards followed.

On the flipside of the Top Project: Steel Coating award, this award will be given for a coatings project on a concrete structure. Again, the project can involve application of new coatings technologies, and/or involve application on a particularly complicated or challenging structure. Any specialized surface preparation or inspection techniques should also me highlighted, along with the coatings systems used and project challenges.

This project will highlight a coating project that involves applications that serve functions outside of just corrosion protection. Examples might include fire protection, graffiti remediation, antifouling and more. The project can involve steel, concrete or a combination of substrates.

To submit your nominations, visit paintsquare.com/prestige.