US Announces $40B in Workforce Investments

In a recent statement, the White House announced that over $40 billion in American Rescue Plan funds have been committed to strengthening and expanding the United States’ workforce.

To highlight the achievements, government officials hosted a half-day White House Summit in July, which highlighted top American Rescue Plan workforce best practices from governors, mayors and county leaders across the country. The summit also called on other government officials and private sector leaders to expand investments in the workforce.

Starting as far back as September 2021, the U.S. Chamber of Commerce found that contractors in the commercial construction industry were witnessing a slowdown in post-pandemic recovery. The third-quarter Commercial Construction Index noted that worker shortages, material shortages and rising prices were just some of the industry’s ongoing challenges. 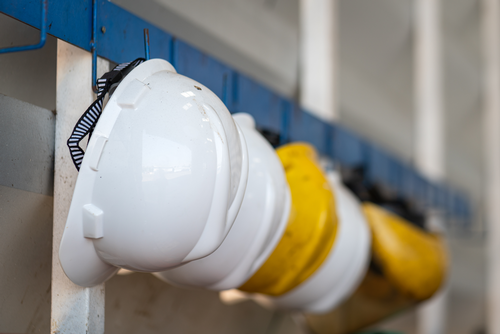 Thank you for your assistant / Getty Images
In a recent statement, the White House announced that over $40 billion in American Rescue Plan funds have been committed to strengthening and expanding the United States’ workforce.

In the third quarter of 2021, nearly all (92%) of contractors reported some level of difficulty in finding skilled workers. However, the quarter specifically witnessed a 10% jump from the second quarter, finding that 55% of contractors were reporting high levels of difficulty.

As a result of the worker shortage, 42% of those contractors reporting difficulty have had to turn down work, up from 35% in Q2. Other notable data points included:

Overall, in terms of recovering from the COVID-19 pandemic, contractors reported the following as their biggest concerns:

Several months later, in February 2022, a variety of jobs reports, employment forecasts and publications reported that the industry was still suffering from labor shortages. From skilled craftworkers to painters, the workforce continued to report an employment decline despite new work opportunities and design contracts.

Around that time, cloud-based human resources and talent acquisition solution LaborIQ, by ThinkWhy, issued a new job forecast for construction and extraction occupations, detailing that while the industry is expected to expand by 3.9% (nearly 240,000 jobs) in 2022, the growth could be thwarted by limited labor supply.

In 2021, despite COVID-19 challenges, the construction industry was able to add 121,000 jobs overall with gains in the following major subsectors:

In September alone, the U.S. Department of Labor’s Bureau of Labor Statistics reported that firms hired 22,000 new employees. In addition, the DOL report also revealed that construction’s jobless rate of 4.5% had slightly improved from the previous month’s 4.6% figure. Despite the increase in workers, however, the industry has yet to reach pre-pandemic levels and was sitting 201,000 employees below its February 2020 numbers.

In looking at the numbers from February, ThinkWhy estimated that residential construction was the only subsector to recover from pandemic job losses on a national level.

The following month, things looked a little more positive with the construction industry reportedly witnessing a 40-year high in terms of growth rates in both nonsupervisory positions and wage increases.

According to the U.S Bureau of Labor Statistics, the construction industry added 60,000 jobs over the course of February—marking the recovery of virtually all 99% of the jobs lost during the early stages of the COVID-19 pandemic.

At the time, construction industry employment (both residential and nonresidential) was 7.6 million, according to the National Association of Home Builders.

In a report by Business Insider, construction wages were also up 6% higher than this time last year, further intensifying competition. According to AGC, the industry average of $31.62 per hour for such workers exceeded the private sector average by 17%, while the average for the entire private sector climbed even more in February—6.7% year-over-year.

However, in the months to follow, reports would indicate that employment was still stalling and that the industry hadn’t gotten over the labor shortage hurdle. In an analysis by the AGC in June of new government data, the association found that construction employment gained 2,000 jobs between March and April.

As the labor market continues to send contractors scrambling for workers, the AGC urged Washington officials to address the short- and long-term shortage with expanded work permits and asked that investments in career education, training and apprenticeship programs be increased.

The following month, several additional reports indicated that the construction industry in North America was continuing to undergo challenges related to supply chain disruptions, labor shortages and recruitment, among others. While projects are still being scheduled out, some builders have been forced to defer or cancel work as they continue to address these issues.

While the labor shortage was felt on a global scale because of the COVID-19 outbreak, the report reveals that many companies in the skilled trades industry are still struggling to fill positions today.

According to additional data analyzed by PeopleReady Skilled Trades, 40% of the 12 million people in the skilled trades workforce are over the age of 45, with nearly half of those workers over the age of 55. While it is clear that workers are aging, or will be aging out of the field in the years to come, even fewer people are entering to replace those spots.

To get more workers in the industry and to foster a sense of pride for the professionals completing the work, PeopleReady Skilled Trades recently announced a new “Respect the Craft” loyalty program. Through the program, tradespeople can earn incentives and rewards while being celebrated and recognized for their dedication to their careers.

Through these initiatives, it was reported that President Joe Biden and Vice President Harris launched the Administration’s Infrastructure Talent Pipeline Challenge. The program reportedly encourages partnerships by the public and private sectors to ensure a strong and diverse workforce to help rebuild the nation’s infrastructure and supply chains.

Several actions made by state and local leaders were also recognized for workforce investments. In North Carolina, officials are committing American Rescue Plan funds to address the barriers holding back workers and expand opportunities for careers in high-growth fields offering good wages.

Pennsylvania legislators are using their American Rescue Plan funds to deliver historic support to its care and healthcare workforce.

On building a diverse and skilled infrastructure workforce, several cities were recognized, including:

For a full list of other initiatives recognized at the half-day White House Summit can be viewed here.