According to a recent analysis by the specialized division of staffing giant PeopleReady, PeopleReady Skilled Trades, the industry is one of the hardest hit by worker scarcity.

While the labor shortage was felt on a global scale because of the COVID-19 outbreak, the report reveals that many companies in the skilled trades industry are still struggling to fill positions today.

“With so few young workers joining the skilled trades, there is real imperative for employers to develop programs that will attract new talent, while investing in and retaining their existing workforce,” said Jill Quinn, Executive Leader of PeopleReady Skilled Trades. “With thousands of openings in the skilled trades today, employers who find innovative ways to instill a sense of belonging and pride within their workforce and the skilled trades as a whole will have a competitive advantage for the future.” 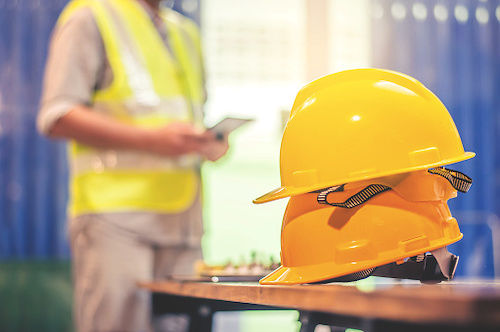 chingyunsong / Getty Images
According to a recent analysis by the specialized division of staffing giant PeopleReady, PeopleReady Skilled Trades, the industry is one of the hardest hit by worker scarcity.

According to additional data analyzed by PeopleReady Skilled Trades, 40% of the 12 million people in the skilled trades workforce are over the age of 45, with nearly half of those workers over the age of 55. While it is clear that workers are aging, or will be aging out of the field in the years to come, even fewer people are entering to replace those spots.

In an attempt to get more workers in the industry and to foster a sense of pride for the professionals completing the work, PeopleReady Skilled Trades recently announced a new “Respect the Craft” loyalty program. Through the program, tradespeople can earn incentives and rewards while being celebrated and recognized for their dedication to their careers.

Incentives and reward opportunities include up to $1,500 in cash and prizes, in addition to the chance to be named Tradesperson of the Year. For more information about the program, click here.

According to several reports, the construction industry in North America is continuing to undergo challenges related to supply chain disruptions, labor shortages and recruitment, among others.

More recently, AGC found in a new report that construction employment in the U.S. climbed by 13,000 in June. However, the continued plunge in jobseekers continues to leave the construction industry with a record number of unfilled positions at the end of May.

“Although nonresidential contractors were able to add employees in June, the industry needs more as demand for projects is outpacing the supply of workers,” said Simonson. “With industry unemployment at a record low for June and openings at an all-time high for May, it is clear contractors can’t fill all the positions they would like to.”

In confirming what Simonson said, Chris Gower, Chief Operating Officer for PCL Constructors Inc.’s buildings group, told The Financial Post that the current labor market is one of the toughest the industry has seen, forcing his team to turn down many opportunities “simply because we don’t have the resources to manage it.”

Two years ago, Gower claims that PCL, one of the largest construction companies in Canada, would have never imagined turning down projects. “This scarcity of labor is driving up costs and it’s also making us have to have to make tough decisions," he said.

Like AGC, BuildForce Canada has been representing all sectors of the construction industry and reporting on its gains in employment, job vacancy increases and unemployment rates, among other topics.

Ferreira went on to note that the labor issue in particular is widespread among all the trades at this point. While it would have appeared that the industry in North America rebounded in 2021—now almost exceeding pre-pandemic levels—the labor force has not had the same opportunity to return and grow as quickly as what’s needed.

In the same thread, several weeks ago, the Commercial Painting Industry Association reported on the release of Breslin Strategies Inc.’s results regarding its latest National Apprenticeship Talent Survey. The findings were noted to reveal a collection of views, best practices and challenges faced by the construction industry.

This year, the survey was sent to more than 2,000 construction industry leaders in the union construction business across North America. According to Breslin Strategies, 200 (10%) leaders responded to the survey. Of those reporting, 65% were union leaders or apprenticeship training professionals, and the remainder were employees. In total, 93% of respondents were union-based from a variety of program sizes.

In response to post-COVID-19 hurdles, such as labor shortages, most respondents from all business sizes reported that they were planning to increase intake efforts or at least keep their current intake level consistent through the expansion of remote intake and instruction, among other plans.

“On intake, that date indicates that the majority of programs have online information sessions as an option or use online delivery only. Most significant, many programs are supporting online testing and approximately a third of respondents reports the use of online/virtual interviewing as well as trustee decision making,” read the analysis.

The survey also asked participants about recruiting, where respondents had noted they were also witnessing challenges at the time. According to the report, nearly 60% of respondents were accepting applications daily.

The most common form of recruitment was reported to be through job fairs and apprenticeship program websites, with both reporting between 80-90%, respectively. While an analysis of the findings says that those using social media for recruiting will be best positioned to succeed, only a little over 50% of respondents reportedly use Facebook, a little over 20% use Instagram, nearly 20% are using LinkedIn, about 15% use Twitter and roughly 5% use TikTok.

“Based on the most common obstacles identified, the top priority is to make potential applicants aware of the opportunities available and to present apprenticeship favorably against other career paths,” read the report. “High schools and parents continue to be ranked highest on obstacles as the trades do not fit their vision of a successful career path direction.”

While not noted to be a solution to that problem, the survey covered that apprenticeship programs across the industry have also begun placing a strong emphasis on leadership training. According to the survey findings, a large majority reported that their programs offered leadership training, and over half noted that union leaders, contractors/employees and foremen were used as presenters or guests for the program.

Another effort that trade industries are making is improving diversity and representation in apprentice selection. The practice is not only widely accepted, but it is believed it will help address talent shortages in a workforce that is currently over 90% white males.