Last month, the Canadian government published a renewed version of its Federal Agenda regarding volatile organic compound (VOC) controls on industry products, signaling the country’s intent to take additional action between 2022 and 2030.

Going back as early as 2004, Canada’s Minister of the Environment and the Minister of Health published a notice of intent entitled “Federal agenda on the reduction of emissions of volatile organic compounds from consumer and commercial products” (PDF) (B) in the Canada Gazette, Part I.

At the time, the document was noted to outline a series of control instruments to be developed and implemented between 2004 and 2010 to reduce VOC emissions from consumer and commercial products.

The limits at that time would extend to some automotive coatings and paint-removal products; products to remove traffic paint; adhesive removers used as paint strippers; and some sealing and caulking compounds.

At the time, officials said that it was required to act on VOC emissions in order to improve Canada's air quality and that it plans to align its new rules with those of the U.S. “where possible.” 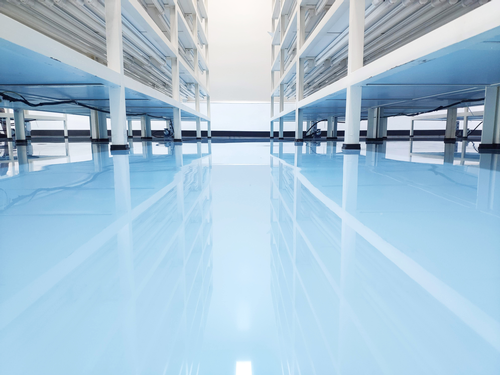 “The proposed regulations could help to provide a 'level playing field' for manufacturers and importers of certain products,” according to Environment Canada. “A regulatory approach provides assurance, for the purposes of business decision making, that all manufacturers and importers must meet the same requirements for the products to be regulated.”

After the Federal Agenda expired, the Canadian government published the “Code of Practice for the Reduction of Volatile Organic Compound (VOC) Emissions from Cutback and Emulsified Asphalt.” In 2020, the Canadian General Standards Board, at the request of Environment and Climate Change Canada, started the development of a “National Standard of Canada entitled Control of evaporative emissions from portable fuel containers.”

Then, in March 2021, the government released a consultation document that proposes a renewal of the “Federal Agenda on the Reduction of Emissions of Volatile Organic Compounds from Consumer and Commercial Products.”

This was noted to be the first step in informing stakeholders of places to develop specific measures to further reduce VOC emissions over the 2021-28 period.

Among the proposed measures and products in the agenda, there were aims to reduce VOCs in architectural coatings, automotive refinishing products, commercial and industrial adhesives and sealants, and printing.

According to the American Coatings Association, the Canadian Paint and Coatings Association will be gathering more data and will be making submissions, meeting with federal officials and engaging with a range of industry stakeholders on the EEEC report and new VOC limits for many of the 54 architectural coatings categories in Canada based on the California Air Resources Board 2019 Suggested Control Measure.

Another 130 categories and subcategories of consumer products were addressed in 2022 through the “Volatile Organic Compound Concentration Limits for Certain Products Regulations.”

Upon considering input from stakeholder consultations in 2021, the Canadian government has recently finalized and published a new agenda regarding the reduction of VOC emissions from consumer and commercial products.

“The Government of Canada intends to move forward with taking action to improve air quality in order to reduce adverse impacts of air pollution on health and the environment. One element of the federal government’s air quality program is to further reduce volatile organic compound emissions from consumer and commercial products,” wrote the Department of Environment and the Department of Health in a joint rationale.

To further align with the United States, the Canadian government intends to proceed with the development of control instruments. Among a list of action items in the renewed agenda are the following:

According to reports, stakeholders and interested parties wil have multiple opportunities to provide input to help inform the federal government’s actions towards further reducing VOC emissions related to consumer and commercial products.

Back in March, to mitigate greenwash claims in the industry, members of the British Coatings Federation first announced the adoption of the statement “Trace” VOC to improve communication to consumers highlighting which products have the lowest levels of VOCs.

VOCs, also known as solvents, are found in varying levels in different paint and coatings formulations. While many decorative paint manufacturers have switched to more water-based products (84%)—which reduces the presence of VOCs to low or very low—the use of solvents still contributes to atmospheric pollution

It is for this reason that the industry continues to be committed to reducing the level of solvent in paints.

At the time, as the license holders of the industry-wide standard VOC Globe scheme, BCF announced it would be promoting the new “Trace” globe in the coming months as an alternative to “Zero VOCs.” BCF noted that the new guide aligns with the CMA’s Green Claims Code and focuses on six principles that are based on existing consumer law and make clear that businesses “must not omit or hide important information” and “must consider the full life cycle of the product.”

The need for clarification arose as a result of the use of the terms “Zero-VOC” and “VOC-free,” which the BCF reports are false claims and therefore, should not be used in the paint industry. According to BCF, there will always be a trace element of VOCs, even if no raw materials containing VOCs have been added.

There are many areas throughout the process of creating a coating where VOCs could be added, from the water containing trace amounts of VOC, to raw materials that naturally contain VOCs and other processes that introduce VOCs, such as washing raw materials.

Due to these instances, the BCF felt that it was impossible to ensure that every batch of paint is completely free of VOCs because of the potential for trace solvents to be introduced at any point throughout the supply chain.

In May, the BCF reported that the new “Trace” Volatile Organic Compounds (VOC) Globe scheme would allow decorative paint manufacturers to adopt the use of the statement to improve communication with consumers.

According to BCF, Trace globe will be used for products with VOC content of less than 0.1%. Greater involvement from paint manufacturers in the scheme will also greatly help paint recyclers separate solvent-based and water-based leftover paint with ease, which aids reuse and recycling.