Earlier this month, the Federal Reserve (Fed) released its Beige Book, also known as the Summary of Commentary on Current Economic Conditions, revealing slowed construction activity in various regions around the United States.

Though noted to be an informal measure of economic activity, the Beige Book is released eight times a year, typically in advance of Federal Open Market Committee meetings.

To compile information, each Federal Reserve Bank gathers anecdotal information on current economic conditions in its District through reports from Bank and Branch directors and interviews with key business contacts, economists, market experts and other sources.

The data is then summarized in the publication by District and sector. An overall summary of the 12 district reports is prepared by a designated Federal Reserve Bank on a rotating basis.

According to the most recent Beige Book publication, the economy is continuing to cool off in terms of demand, labor and housing. 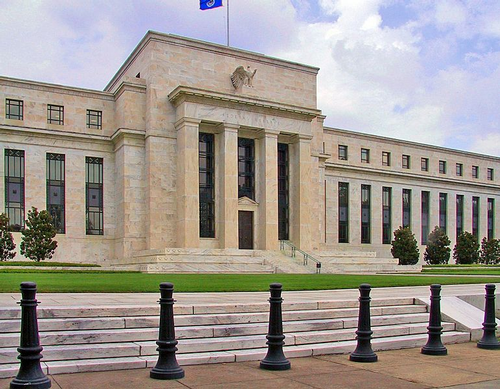 In his own analysis of the published data, Ken Simonson, Chief Economist for the Associated General Contractors of America, noted several aspects reflecting lower demand for construction, including nine of the 12 Fed districts reporting “noted moderation in prices for construction inputs such as lumber and steel,” in his latest Data DIGest report.

Regarding labor, the report further explained in its findings that employment rose at a modest to moderate pace and that conditions remained tight overall. Nearly all reporting Districts said that they found modest improvements in labor availability amid weaker demand for workers, however.

Additionally, it was mentioned by a quarter of Districts that wage growth would remain elevated for the next six months. Several others noted that they expected wage pressures to subside later this year.

When observed in combination, the report noted that the result was an increase in housing inventory, thus causing a more moderate price appreciation.

Just as in the prior Beige Book, commercial real estate conditions were also reported to slow and revealed a negative outlook for future economic growth in the sector.

The report went on to indicate, like much of the published market results, that inflation topics are still a mixed bag. While showing signs of improvement, the Fed reports that prices are still rising broadly and that the pace is far above its target.

Apart from the cooling of demands, labor and housing, there was still an uptick in costs for food, commodities and energy (particularly fuel). However, other reports indicate that price inflation for these categories has slowed compared to recent months.

Already, the Fed has increased interest rates three times this year as a means to curb inflation and provide a “soft landing” of the economy by tightening monetary policy without plunging it into recession.

When the Fed meets again this week, it is expected that they will raise the rates another 0.75 percentage points. According to a note written after the Beige Book’s release, financial services firm UBS said, “the Fed will need much more substantial evidence that inflationary pressure is easing before they consider lifting their foot off the brake pedal.”

“We will be watching carefully the public comments of FOMC members for hints on their intentions. Economic indicators coming out this week that could influence their decision include the Producer Price Index, retail sales, industrial production, and the University of Michigan's Survey of Consumers,” the USB concluded.

In looking at the 11 subcategories of construction materials, the association reported that input prices were up in 10 of them for the month. Softwood lumber was the only category in which prices decreased, falling 17.7% for the month and down 5.5% from last year. The largest price increases were in natural gas (16.9%) and unprocessed energy materials (10.3%).

In a report released in June by financial services company Moody’s Analytics, economists said that although the U.S. economy was witnessing inflation, dropped savings rates, and increased revolving credit and interest rates, there was still reason to be optimistic that consumers won’t buckle under the pressure.

To mitigate these issues, the Fed started a series of interest rate hikes. At the time, the Fed was reported to have raised the rates by half a percentage point in May—the largest increase since 2000—and signaled further half-percentage-point increases in July and August.

President Joe Biden has also been reported to take action to reduce gas prices and combat inflation since March, including the release of one million barrels of oil per day from the nation’s Strategic Petroleum Reserve.

All of these efforts and more were taken into account when compiling data for the latest report by Moody’s and were utilized to predict the likelihood of a recession in the U.S.

In the report, Moody’s Analytics Chief Economist Mark Zandi said that in recent weeks, inflation expectations had fallen and were more consistent with inflation soon receding. What gave Moody’s this indication was not the price hikes, but bond investors when gauging the direction of monetary policy. These actions are called one-year, five-year forwards—a measure of consumer price inflation beginning one year from now over the subsequent five-year period.

The following month, in reviewing an analysis of the U.S. Bureau of Labor Statistics’ Producer Price Index data by the Associated Builders and Contractors, in addition to results from the June Dodge Momentum Index, industry economists shared that while prices are continuing to increase, the risk of a recession still isn’t definite—at least not until later this year or sometime in 2023.

For the month of June, Dodge reported that its DMI, a report issued by Dodge Construction Network that measures nonresidential building planning, increased by 0.3% from the 173.1 recorded in May to 173.6, marking a 14-year high benchmark.

Leading the group was manufacturing construction starts, which were reported to also reach a record high of $41.6 billion over the last 12 months ending last month. According to Dodge data, that’s 161% more than what was reported in May 2021.

The report also highlighted that the commercial component for the index rose 4.1%, while the institutional component fell 6.2%. Increases in commercial planning were attributed to an increase in warehouse projects, while other commercial structures fell flat.

All three energy subcategories were reported to experience price increases, with natural gas prices rising 24.3% for the month.