“This fourth-quarter performance was driven on the top line by all four of our segments, each of which generated record sales. On the bottom line, three of our four segments produced record fourth-quarter adjusted EBIT. In our Consumer Group, which was the outlier, the year-over-year gap in adjusted EBIT results has begun to narrow as price increases have started to catch up with inflation and access to raw materials has improved. Better materials availability was largely due to our well-timed acquisition last fall of a production facility in Texas, which is now making alkyd resins that are critical to many of the segment’s products.” 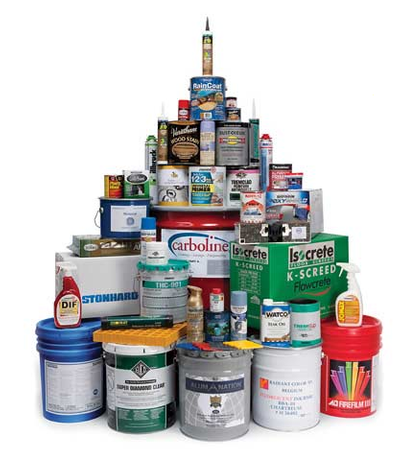 “Even with comparisons to a strong prior year when sales and earnings were at record levels, CPG continued to generate record top-line growth driven by its differentiated service model, as well as its unique building envelope and restoration solutions,” read the press release.

Performance Coatings Group net sales were a record $329.4 million during the fourth quarter, which was an increase of 16.3% compared to the $283.3 million reported a year ago. Organic sales increased 17.4% and acquisitions contributed 1.8%. Foreign currency translation was a 2.9% headwind.

“Top-line growth was driven by improved supply of key alkyd resins produced by the manufacturing plant RPM acquired last September, as well as price increases and high growth in product lines popular with professional remodelers, including caulks and sealants,” the report noted.

“While North American markets grew, European markets remained challenged due to macroeconomic headwinds in the region. Adjusted EBIT was impacted by continued raw material cost inflation and higher costs from ongoing shipping challenges and industry labor shortages. In response, the Consumer Group has been instituting price increases to catch up with inflation, building resilience in its supply chain, and investing in capacity and process improvements to better respond to customer demand.”

Finally, the Specialty Products Group reported record net sales of $225.8 million during the fourth quarter, which increased 11.4% compared to net sales of $202.8 million in 2021. For the year, sales were $790.8 million compared to $706 million a year ago, representing an increase of 12%. Organic sales increased 12.2%. Acquisitions added 0.5% and foreign currency translation was a headwind of 1.3%.

Looking ahead, RPM expects the strengthening U.S. dollar to be a headwind impacting the translation of RPM’s international results. The company also expects significant cost increases to continue for certain raw materials, labor and packaging.

In addition, management anticipates continued higher costs from unreliable bulk transportation, which creates production inefficiencies, as well as fuel surcharges, which are being driven by high energy prices that have been exacerbated by the conflict in Ukraine. These cost pressures are expected to disproportionately affect the Consumer segment.

Despite these challenges, the company reports that its management’s proactive measures over the course of fiscal 2022 enabled RPM to accelerate momentum in the business and it is expected to carry over into fiscal 2023. The company expects to continue implementing price increases as needed and improving operational efficiencies in order to minimize cost pressures and restore margins closer to historical levels.

The company remains focused on creating sustained value for its stakeholders, including its customers, associates and investors.