The lawsuit, filed in the Supreme Court of the State of New York in Onondaga County in October 2021, alleged that John Kiggins and his company, Endzone Properties, Inc., endangered the health of their tenants by repeatedly violating lead paint laws and failing to mitigate the issues.

According to CNY Central, between January 2015 and July 2021 inspectors from the Onondaga County Health Department and the City of Syracuse Division of Code Enforcement cited 32 properties owned by Endzone Properties for chipping, peeling, and deteriorating paint and other conditions conducive to lead poisoning.

The violations are prohibited by county and city laws.

Prior to the citations, it was reported that Kiggins had served jail time in relation to his work on two other occasions. In 1991 Kiggins was jailed for several months for mortgage fraud, and in 2006 he served time for various code violations. 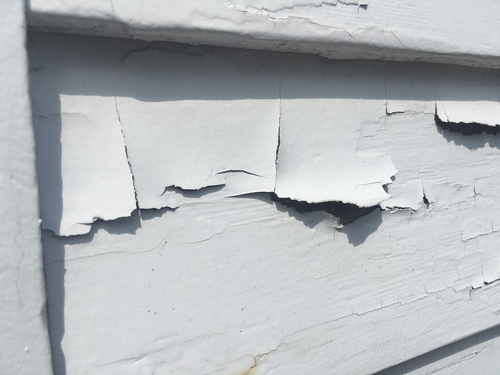 After further investigations by the Office of the Attorney General, in 2020 it was reported that over six years, at least 18 children of color living in 17 different properties owned or managed by Endzone Properties experienced lead poisoning.

In concluding the investigation and as a result of the findings, Attorney General James filed a lawsuit against Kiggins and Endzone Properties.

“Exposure to lead paint is undoubtedly dangerous and disproportionately impacts Black and brown children,” said Attorney General James said at the time of the filing. “This company took advantage of low-income families of color, failed to provide them with the protections required by law, and knowingly put children in harm’s way. No family should have to fear for their health while living in their own homes, and my office will continue to hold individuals and companies responsible for putting our communities at risk.”

Last month, Attorney General James announced that an agreement had been reached to resolve her lawsuit with Kiggins and Endzone Properties.

As a result of the lead poisoning of 18 children, Kiggins and Endzone Properties have been permanently banned from managing or owning residential rental properties in New York. The agreement was reportedly negotiated in partnership with Onondaga County and the City of Syracuse.

In addition, Kiggins and his company are required to pay $215,000. According to CNY Central, the money will be used to prevent the exposure of children to lead paint in Syracuse and Onondaga County and will also aid families affected by lead poisoning.

“Lead paint exposure is a dangerous scourge on New York’s communities that disproportionately impacts our Black and brown children,” said Attorney General James. “All too often unprincipled landlords like Endzone disregard their duty to ensure their properties are free of lead hazards and its harms. I am holding Endzone fully accountable for their deplorable and illegal actions, and I will continue to use the full force of my office to uphold the laws that protect our children from lead poisoning.”

Since the agreement was announced, it was reported that all properties owned by Kiggins and Endzone Properties have been sold and are currently under new management. Reports add that all violations found in the OAG investigation, in addition to those flagged by city and county officials, have been resolved in the properties that are currently occupied.

“Addressing the issue of lead in our community is one that my administration has made a top priority,” said Onondaga County Executive Ryan McMahon. “Whether it be our local executive order that withholds rent payments to landlords knowingly exposing their tenants to lead or investing millions of dollars in lead remediation just in 2022, Onondaga County is fully committed to solving the lead issue plaguing our community.”

At the beginning of the year, the U.S. Environmental Protection Agency announced plans to proceed with the withdrawal of previously published answers to two Frequently Asked Questions concerning property management companies and their compliance responsibility under the Toxic Substances Control Act and the Lead Renovation Repair and Painting Rule.

Slated to occur on March 21, the withdrawal of these FAQs affirms the EPA’s decision to hold PMCs and the contractors they hire responsible for TSCA and RRP rule compliance, should the circumstances indicate that both entities performed or offered to perform renovations for compensation in target pre-1978 housing or child-occupied facilities.

More recently, in June, U.S. Department of Housing and Urban Development (HUD) Secretary Marcia L. Fudge announced that the Department had made $520 million in funding available to better protect low-income households from lead-based paint and other home health and safety hazards.

In addition to announcing the funding, the administration officials were also reported to have discussed the Biden-Harris Administration’s historic investments to remove and replace lead pipes and eliminate lead paint hazards.

That same month, the U.S. Department of Labor’s Occupational Safety and Health Administration published an Advance Notice of Proposed Rulemaking to revise its standards for occupational exposure to lead.

In addition, the Administration is planning to collect comments on employers’ current practices to address lead exposure, associated costs and other areas of interest. Online comments are to be in reference to Docket No. OSHA-2018-0004 and are due by Aug. 29 on the federal e-Rulemaking portal.