Named after Carlos Moncayo, a nonunion, undocumented worker who died in 2015 because of a trench collapse, Carlos’ Law aims to allow courts to decide restitution in criminal cases involving construction deaths.

According to the Occupational Safety and Health Administration, in 2015, 22-year-old Moncayo was killed when a 14-foot-deep trench he was working in collapsed. At the time, Moncayo and other construction workers were building a Restoration Hardware in New York City.

Responding to the incident, The New York Times reported that a police officer on the scene—who was noted to have a background in construction—recognized that the trench didn’t have the necessary safety precautions in place. 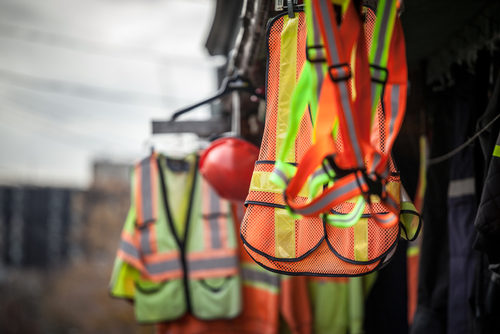 The early findings spurred an investigation by OSHA, which later led to the fines and convictions of Harco Construction LLC (New York City) and subcontractor Sky Materials Corp. of Maspeth and Calverton (New York) for not providing cave-in protection for the trench.

Both companies were indicted for manslaughter, negligent homicide and reckless endangerment in New York, receiving the maximum fine of $140,000. Harco Construction was also sentenced to pay $10,000—the state-imposed limit on corporate penalties.

“Carlos Moncayo was a person, not a statistic. His death was completely avoidable. Had the trench been guarded properly against collapse, he would not have died in the cave-in,” said Kay Gee, OSHA's Area Director in Manhattan, at the time. “Managers from Harco and Sky Materials were aware of these deadly hazards and did not remove employees from the trench, even after warnings from project safety officials. This unconscionable behavior needlessly and shamefully cost a man his life.”

Since the death of Moncayo, more than 70 construction workers have died on the job. The construction industry, OSHA reports, has the highest number and rate of fatal work injuries compared to any other industry.

“Carlos’ Law is important because it holds employers accountable who willfully disregard workers’ safety and as a result, a worker loses their life,” said Charlene Obernaur, Executive Director of the New York Committee for Occupational Safety and Health.

“This bill increases punitive measures so that corporations and their agents who ignore or fail to follow safety protocols and procedures and put workers at risk are less likely to write off serious workplace injuries as a minimal cost of doing business, and more likely to give workplace safety the serious attention it requires,” Carlos’ Law reads.

The bill is currently awaiting New York Governor Kathy Hochul’s signature. Hochul reportedly has until the end of the year to pass the legislation.

Introduced in May 2018, a safety training rule was finalized in New York City—a clarification of Local Law 196, which was signed in October 2017 by former mayor Bill de Blasio. At the time, the law dictated that by March 2018, workers were required to have at least 10 hours of safety training and by December 2018, workers were required to have 30 hours of training. (Supervisors were always mandated with 62 hours.)

However, when the law was signed, de Blasio left the hours subject to change, as well as the curriculum, and a task force was set up to iron out the details.

Crain’s reported that the task force met only once, in February, before making its recommendations for the now-approved 40-hour requirement, which applies to workers at sites for which the DOB requires construction superintendents, site-safety coordinators or site-safety managers.

Deadlines have also since been cemented. While the March deadline for 10 hours held, the December deadline for the 30 (or 62) hours was extended to June 1, 2019, if the DOB determined that “there is insufficient training capacity.”

By November, the June extension was used and, beyond that, workers would also be required to take an additional 10 hours of training by Sept. 1, 2020.

In April 2019, New York City Council Member Robert Cornegy Jr., chair of the city’s Committee on Housing and Buildings, promised to ensure Local Law 196 was put into effect, after the city suffered from a chain of construction worker deaths, some occurring within the same week.

However, the following month, a second extension was granted for the increased safety training requirements as administered by OSHA 10 and OSHA 30 to Dec. 1, 2019. The change also granted the Department of Buildings with the option to extend training a third time, so long as the agency announced its decision by Sept. 1. No changes to the 40-hour requirement due by Sept. 1, 2020, were reported.

In July, the DOB released an interactive map showing the location of all the construction sites in New York City where workers and supervisors must have site safety training under 2017’s Local Law 196.

Then last year, in June, DOB’s former Commissioner Melanie E. La Rocca (now the Chief Efficiency Officer) announced that the DOB would be mobilizing teams of inspectors across the city’s five boroughs to perform safety sweeps of the “larger and more complex” construction sites.

The announcement arrived just weeks after three construction worker fatalities were reported in the span of two weeks in separate incidents. According to La Rocca, while performing these zero-tolerance sweeps, the inspectors were to issue enforcement actions if they observed any safety violations and would shut down the sites if they found any serious safety lapses.

A month after the teams were launched, the DOB reported that 322 construction sites had been shut down for hazardous conditions. The DOB was also reported to have issued more than 1,129 violations for safety issues and non-compliance issues. In total, its inspectors visited more than 2,100 sites that qualified under the “larger and complex” umbrella.

In October, La Rocca announced the results of the Department’s citywide “Zero Tolerance” construction safety enforcement campaign, revealing that DOB inspectors had issued over 3,600 violations and 1,499 stop-work orders since June 1.

At that point, DOB inspectors had conducted sweeps at approximately 7,500 building construction work sites throughout all five boroughs to ensure that proper safeguards were in place to prevent worker falls and other related construction site injuries.

According to reports, the construction work site inspections conducted during this three-month campaign were in addition to the hundreds of thousands of regular development and enforcement inspections performed by DOB inspectors throughout the city year-round.

In April of this year, the DOB reported that its building construction-related incidents have declined, even as construction activity has rebounded from a pandemic-related low in 2020.

The announcement was made in the DOB’s second annual New York City Construction Safety Report, which provides an overview of building construction data, worker incidents and Department-issued enforcement actions made throughout 2021.

According to the information reported by the DOB, building construction-related incidents in New York City dropped another 10% compared to 2020 and over 40% since 2018.

However, despite these strides in reduced incidents overall, the report noted that worker injuries and fatalities related to building construction activity saw slight increases in 2021 compared to the previous year and went on to highlight nine fatal construction worker incidents that occurred on building work sites across five boroughs.