According to several reports, the construction industry in North America is continuing to undergo challenges related to supply chain disruptions, labor shortages and recruitment, among others. 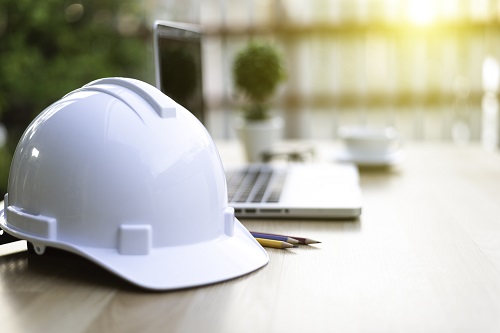 1715d1db_3 / Getty Images
According to several reports, the construction industry in North America is continuing to undergo challenges related to supply chain disruptions, labor shortages and recruitment, among others.

While the labor market continued to send contractors scrambling for work, the AGC urged Washington officials to address the short- and long-term shortage with expanded work permits and asks that investments in career education, training and apprenticeship programs be increased.

More recently, AGC found in a new report that construction employment in the U.S. climbed by 13,000 in June. However, the continued plunge in jobseekers continues to leave the construction industry with a record number of unfilled positions at the end of May.

“Although nonresidential contractors were able to add employees in June, the industry needs more as demand for projects is outpacing the supply of workers,” said Simonson. “With industry unemployment at a record low for June and openings at an all-time high for May, it is clear contractors can’t fill all the positions they would like to.”

In confirming what Simonson said, Chris Gower, Chief Operating Officer for PCL Constructors Inc.’s buildings group, told The Financial Post that the current labor market is one of the toughest the industry has seen, forcing his team to turn down many opportunities “simply because we don’t have the resources to manage it.”

Two years ago, Gower claims that PCL, one of the largest construction companies in Canada, would have never imagined turning down projects. “This scarcity of labor is driving up costs and it’s also making us have to have to make tough decisions," he said.

Like AGC, BuildForce Canada has been representing all sectors of the construction industry and reporting on its gains in employment, job vacancy increases and unemployment rates, among other topics.

Ferreira went on to say that the labor issue in particular is widespread among all the trades at this point. While it would have appeared that the industry in North America rebounded in 2021—now almost exceeding pre-pandemic levels—the labor force has not had the same opportunity to return and grow as quickly as what’s needed.

“Those workers that were available are all being swallowed up by the expansion in demand and so you’re seeing declining unemployment rates in the construction industry,” Ferreira said.

Some months ago, in the U.S., cloud-based human resources and talent acquisition solution LaborIQ, by ThinkWhy, wrote in a job forecast for construction and extraction occupations that the industry would need to expand by 3.9% (nearly 240,000 jobs) in 2022; however, growth could be thwarted by limited labor supply.

For both countries, it is reported that replacing workers typically requires several years of planning. While for many this was the plan, it’s been further noted that the pandemic has complicated many training and certification processes for new workers.

“There has to be training and it has to be subsidized because employers can’t afford excessive costs. They’re already dealing with price volatility like we’ve never seen before,” said John Mollenhauer, President and CEO of the Toronto Construction Association. “We’ve got ridiculously high inflation. We’ve got supply chain issues. It’s so superheated that it isn’t easily solvable.”