The Texas A&M University College of Engineering recently reported that it had received a $3.74 million grant from the U.S. Department of Energy Advanced Research Projects Agency-Energy (ARPA-E) Harnessing Emissions into Structures Taking Inputs from the Atmosphere (HESTIA) program.

The funding will be utilized by the university to research 3D-printed hempcrete, a new green material that has the potential to lower the environmental impact of traditional construction and make housing more affordable.

For this project, Petros Sideris, assistant professor in the Zachry Department of Civil and Environmental Engineering, will lead the research as principal investigator with the goal of developing residential and potential commercial construction designs.

Working as a team alongside Sideris, other researchers for the project include assistant professor Maria Koliou, department head and professor Zachary Grasley, professor Anand Puppala, associate professor Manish Dixit and professor Wei Yan from the Texas A&M College of Architecture.

For those new to the green material, hempcrete is made by mixing hemp powder, fibers or shives with lime and water. The result is a lightweight, green building material. 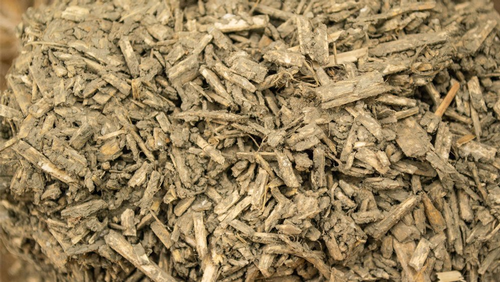 Texas A&M
The Texas A&M University College of Engineering recently reported that it had received a $3.74 million grant from the U.S. Department of Energy Advanced Research Projects Agency-Energy (ARPA-E) Harnessing Emissions into Structures Taking Inputs from the Atmosphere (HESTIA) program.

“While production of conventional construction materials such as concrete requires large amounts of energy and releases large amounts of carbon dioxide, hempcrete is a net carbon-negative material, which can provide major environmental benefits,” Sideris said.

The material has previously been utilized in residential construction and prefabricated modular construction across the globe. With the new funding, however, Texas A&M researchers aim to further promote sustainability by designing hempcrete structures more resilient to natural disasters as compared to lightweight wood frame construction methods.

“Resilience to natural hazards is intertwined with environmental sustainability because building damage and subsequent repairs due to extreme events such as hurricanes result in major environmental impacts,” Sideris said.

“Hempcrete has excellent fire resistance and thermal insulating properties that can reduce heating and cooling energy demands,” he continued. “It is water-resistant and offers good acoustic properties.”

As part of their research efforts, the team will develop printable building designs created to achieve structural and energy performance compliant with modern design codes. According to Sideris, the digital designs of printable hempcrete buildings will facilitate adoption by the construction industry.

“The advancements of this project will contribute to the U.S. maintaining its worldwide leadership in advanced construction methods and infrastructure sustainability and resilient technologies,” he concluded.

The funding is part of HESTIA, which prioritizes overcoming barriers associated with carbon-storing buildings, including scarce, expensive and geographically limited building materials. The HESTIA program aims to increase the total amount of carbon stored in buildings to create carbon sinks, which absorb more carbon from the atmosphere than released during construction.

A few years ago, research funded by the Montana Farmers Union at Montana State University was taking a look at the area’s industrial hemp plant’s waste can be combined with a lime-based binder for the latest iteration of hempcrete.

Drew McNally, a junior majoring in civil engineering, along with assistant professor Kirsten Matteson and associate professor of civil engineering Michael Berry, in the Department of Civil Engineering in MSU's Norm Asbjornson College of Engineering, used massive hydraulic pistons to measure the crushing strength of soup can-sized cylinders of hempcrete made with different proportions of cement and lime.

The team also set out to measure the insulating properties of the different mixes, which, the team says, hasn’t been studied yet for hempcrete.

The need to look for uses popped up over the better part of 2020, when more than 200 licensed growers in Montana were reported to plant 50,000 acres of the crop (more than double the amount of the previous year).

This stems from the passing of the 2018 Farm Bill, which legalized hemp cultivation in the U.S.

Preliminary findings from the research were presented at the 2020 National Conference on Undergraduate Research.

Prior to this, in the industrial sector, students from the Department of Civil Engineering at the University of Kentucky used hemp as an experimental construction material for bridge repair in 2019.

As part of the experimental study, the material was used by the team in repairing one of the piles on the KY 32 bridge over Blaine Creek in Lawrence County, Kentucky. The repair was the first time the natural fiber was used as a construction material for bridge repair.

Research for the repair methods was funded by the Department of Defense, the Federal Highway Administration, the Kentucky Transportation Cabinet, The National Academies and the Kentucky Science and Engineering Foundation.