IBIX Increasing Prices Due to Inflation

Industrial equipment supplier IBIX Surface Technologies recently announced that it would be increasing prices for its IBIX system due to recent hikes in material and freight cost. The price will be increased by 20% across the board, according to the company.

“In recent months, we have been experiencing extensive price increases from both our raw material suppliers as well as equipment parts suppliers,” wrote IBIX President Robert G. Langhans in an emailed release. “That, as well as compounded freight costs, are making it very difficult to keep our current prices sustainable.”

The increase will go into effect Sept. 1. IBIX explained that it was informing customers now to allow them two months to plan for any upcoming equipment needs. 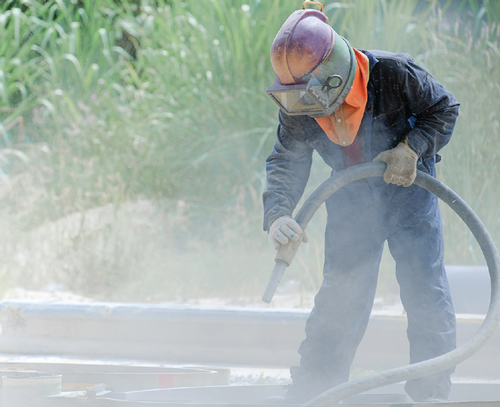 Additionally, the company notes that it has stock of all systems at the current price structure.

“There are some economists who believe that inflation has peaked,” said ABC Chief Economist Anirban Basu. “Even if that were true, stakeholders should not expect dramatic declines in inflation in the near term given an array of factors placing upward pressure on prices: the Russia-Ukraine war, COVID-19, a shrunken labor force, elevated transportation costs and abundant demand for goods. Today’s PPI release indicates that producers continue to ask for and receive elevated prices for their limited production. These high input prices will continue to circulate through the economy as production continues, whether in the form of manufactured goods, buildings or infrastructure.”

“According to ABC’s Construction Confidence Index, many contractors report that demand for their services remains sufficiently robust for them to pass along the bulk of their cost increases to project owners,” said Basu. “But at some point, the economy could weaken to the point that purchasers of construction services become less willing to pay elevated prices.

Current inflation rates, as well as labor and material shortages have caused manufacturers to respond to keep up with demand. Additionally, these rising costs have affected numerous infrastructure projects, such as in Texas, Pennsylvania and Maine.

In an April interview, AkzoNobel’s Chief Executive, Thierry Vanlacker, warned North American customers that a shortage of truck drivers had disrupted some of its operations.

“The great resignation has definitely impacted the trucking industry in the U.S. It is the most difficult region if you have the materials to ship them around the country,” he told The Financial Times.

In recent article by Forbes, it was reported that the American Trucking Association estimated that the 2021 driver shortage capped at 80,000 drivers. If this trend is to continue throughout 2022, experts predict that the trucking industry could need more than 160,000 drivers by 2030.

Vanlancker said in a statement that the group’s “vigorous pricing initiatives” had helped it manage “the unprecedented variable cost inflation that impacted our industry during the quarter.”

In May, global coatings firm The Sherwin-Williams Company announced the deployment of a private fleet of trucks and railcars to speed up its raw material deliveries.

In the company’s first quarter earning call, CEO John Morikis noted that while raw material availability improved meaningfully late in the quarter, the supply chain has not completely recovered, and the industry bottleneck has shifted from production to transportation and logistics.

“In the near-term, we are speeding this recovery by employing our own fleet and tank wagons to supplement suppliers’ delivery capabilities,” said Morikis. “Our ability in this area is unique among our competitors. We are also focusing on SKU prioritization and formulations to make the most of the raw materials that are available to us.”

Apart from coatings manufacturers, the abrasives industry also noted trucking and transportation as being a current hurdle in the industry. In a webinar on April 7, several leaders from the abrasives industry met to discuss solutions, industry trends and market trends—a discussion that had originally taken place at Technology Publishing Company’s 2021 Contractor Connect event.

When talking about trucking and freight specifically, Vukas said, “It’s up there amongst the biggest challenges we’re dealing with, it’s certainly the most common one. Everything we touch inbound and outbound obviously it’s got a freight component to it, the trucking part of that is by far the most difficult right now.

“I don’t see any solution to it. I don’t see anything that’s being done on any level that’s going to necessarily improve it. I hope I am, but seeing it on a day-to-day basis, I don’t think we’ve seen the worst of it yet.”

Radd added, “As it changes every day, it’s like the weather coming it. It is an everyday issue. But I think adjustments are being made and trying to communicate that with people.”

“Things are very, very slow moving from what we’re used to seeing, so that’s still been a challenge,” Day said. “We’ve positioned ourselves to not have an issue with it, but had we not purchased the up-front raw materials that we did, we would have a problem now. We’re in pretty good shape as far as that goes, but there are still shortages that we’re seeing and delays and logistics.”

“What we see mostly has been the delays in raw materials for the coating manufacturers. For us as an additive manufacturer that’s going to go beneath a coating, if that coating can’t be purchased, then it delays a project,” Rossy added.

“I’ve had countless conversations with coatings folks and they’re still very concerned. The delays are not changing a whole lot, at least that’s what they tell us. I’m still not at ease with how things are progressing and it doesn’t help to have the war and things like that are now occurring in our world. If there’s not a direct impact, there’s an implied impact that causes people to have concerns.”

Liwha agreed his company has been hearing similar things from coatings manufacturers, and they are seeing it affecting jobs. In terms of equipment, he said raw goods of steel in the machining or materials for plating are facing an “unprecedented demand” from its customers.

“It is still similar to what we were seeing in November and we are hopefully going to see some changes here, I would say, towards the end of this year,” he said. “Obviously all that can change, but we’re trying to keep up to date on our backlog and in what our critical orders are that are in the system and constantly updating those daily.”

“Although things have improved a little bit from a supply chain perspective, we’re still seeing challenges come up just every day that we’re dealing with,” Wimmer noted. “From a delivery perspective, our lead times have improved since the end of last year, so that’s been positive, but we still get hit with that supply chain shortage that kind of comes out of left field for us every now and then, so that’s been our biggest challenge that we’ve seen here in the last few months.”