“Water infrastructure provides the foundation for healthy and vibrant communities by delivering safe drinking water and returning our treated wastewater to the environment,” said EPA Assistant Administrator for Water Radhika Fox. “In too many communities, these essential pipes and pumps are decades old and need to be upgraded.

“That’s why EPA is providing $6.5 billion in low-cost financing through WIFIA and SWIFIA that can help revitalize our water systems while creating good paying jobs and delivering significant economic benefits, especially in underserved and overburdened communities.”

The EPA reports that this round of funding will prioritize four areas:

$5.5 billion in grants will be available through the WIFIA program, with an additional $1 billion for the SWIFIA program. By prioritizing economically stressed communities, the agency also aims to meet President Joe Biden’s Justice40 initiative goals, ensuring that federal agencies deliver at least 40% of benefits from certain investments, including water and wastewater infrastructure, to underserved communities. 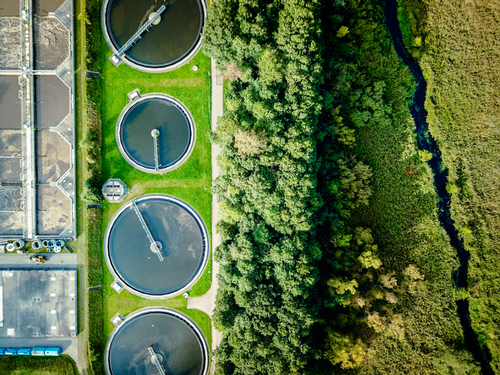 The EPA is accepting letters of interest from prospective borrowers to make funding more adaptive to ongoing community needs. Letters of interest must be received by the agency at any time on or after Sept. 6.

Because letters of interested will be evaluated when they are received, the EPA encourages submissions at the beginning of the availability period. The submission period will close when all available funds are allocated to prospective borrowers through a rolling selection process.

The federal loan and guarantee program was established by the Water Infrastructure Finance and Innovation Act of 2014 by the EPA. The goal of the program is to accelerate investment in the nation’s water infrastructure by providing long-term, low-cost supplemental credit assistance.

In total, since 2017, WIFIA has selected 189 projects to apply for WIFIA loans. The EPA reports that selected borrowers have requested nearly $29 billion.

The Agency has announced 63 loans that total over $12 billion in credit assistance for $26 billion in water infrastructure projects. It has reportedly created more than 73,000 jobs and saved ratepayers over $4.5 billion.

In looking at 2020's numbers through a WIFIA program report released in February last year, the Agency only closed 27 loans, totaling over $4 billion. However, despite the challenges faced last year in wake of COVID-19, the Agency reports to have $11 billion worth of projects in the pipeline and a portfolio of 41 loans which supplied $7.8 billion in total financing.

“With the recent selection of 58 new projects, including a record number of projects serving small communities, drinking water needs, and lower-income populations, I am looking forward to what 2021 holds for the program and the new opportunities we will have to help finance critical water infrastructure projects,” wrote Jorianna Jernberg, Acting Director, WIFIA Management Division.

In breaking down the program’s accomplishments and funds requested by project type:

At a glance, projects were given loans ranging between $16 million to $700 million, with 19 projects receiving loans under $100 million. The report adds that 78% of these loans are still under construction.

To date, the EPA has closed 88 loans that totaling $15.3 billion in financing nearly $33 billion for water infrastructure projects that have served 49 million people. A full list of WIFIA closed loans can also be viewed here.

Projects selected by the EPA to apply look at impacts of extreme weather events, the climate crisis, cybersecurity, green infrastructure and water reuse. Approximately $1.2 billion in loans are available to support infrastructure in historically underserved communities.

In a goal to diversify the program, the EPA selected three small communities, with populations of 25,000 or less, for WIFIA loans totaling nearly $62 million. The EPA reports that entities in Connecticut, Delaware and Hawaii are invited to apply for the first time.

A full list of invited projects can be found here.

In a speech to the U.S. Conference Mayors, Regan announced the three new WIFIA loans, awarded to:

According to the EPA, the agency closed 29 WIFIA loans in the first year of the Biden-Harris Administration, investing over $5 billion nationwide to protect public health and the environment while creating over 36,000 jobs.

Under the bipartisan infrastructure law, the EPA will receive $50 billion to improve the country’s drinking water, wastewater and stormwater infrastructure, reportedly the largest investment in water ever made by the federal government. The Agency will also provide $7.4 billion in 2022 to the State Revolving Funds, with more over the next five years.

In April, the EPA announced it awarded a $120 million WIFIA loan to a utilities agency in San Bernardino County, California. The Inland Empire Utilities Agency will use the loan to implement its Regional Wastewater System Improvements Program, supporting high-quality recycled water and access to reliable, long-term wastewater treatment.

The Regional Wastewater System Improvements Program will reportedly upgrade four wastewater treatment facilities to help to mitigate the impacts of climate change its service area, which is prone to droughts. The program is anticipated to ensure reliable access to wastewater treatment and recycled water and reducing reliance on imported water supplies.

Overall, the project is expected to serve a population of 875,000 in Chino, California, and surrounding areas. The IEUA reportedly covers 242-square miles and distributes imported water, provides industrial and municipal wastewater collection and treatment services, and other related utility services.