According to the White House, the United States is now on track to triple its domestic solar manufacturing capacity by 2024, with the current base capacity of 7.5 gigawatts growing by an additional 15 gigawatts. A total of 22.5 gigawatts will reportedly enable more than 3.3 million homes to switch to clean solar energy each year.

“Today’s clean energy technologies are a critical part of the arsenal we must harness to lower energy costs for families, reduce risks to our power grid, and tackle the urgent crisis of a changing climate,” stated the release.

The three actions Biden is taking include:

“Together, these actions will spur domestic manufacturing, construction projects, and good-paying jobs – all while cutting energy costs for families, strengthening our grid, and tackling climate change and environmental injustice,” wrote the White House. 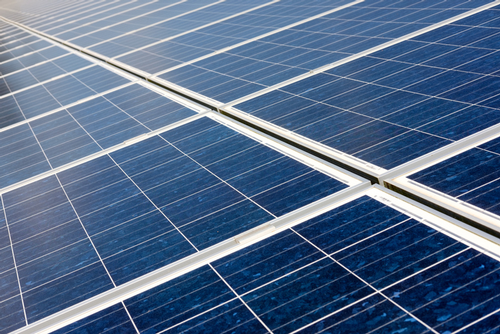 Through the DPA, the Department of Energy is authorized to expand manufacturing of five critical clean energy technologies, including solar panel parts, building insulation, heat pumps, equipment for making and using clean electricity-generated fuels and critical power grid infrastructure. The Biden-Harris Administration also will “strongly encourage” the use of strong labor standards such as project labor agreements or community benefit agreements.

Additionally, Biden directed the development of two tools to accelerate Made-in-America clean energy: Master Supply Agreements and “Super Preferences.” These federal procurement measures increase the speed and efficiency with which providers can sell there products and create standards for federal procurement of solar systems, respectively.

Biden has also created a 24-month pause on tariffs for certain solar imports. The order temporarily facilitates U.S.  solar deployer’s ability to source solar modules and cells from Cambodia, Malaysia, Thailand and Vietnam in order to ensure the U.S. has access to a sufficient supply of solar modules to meet electricity generation needs while domestic manufacturing scales up.

In a report issued by the U.S. Department of Energy on the Biden administration's solar policies in August, solar power could represent 40% of the nation’s electrical generation by 2035. Currently, large-scale solar decarbonization of the electricity sector accounts for 3%.

The report also noted that the solar power sector could sustain as many as 1.5 million jobs within the same timeline, however, both predictions require more investment if they are to be achieved.

According to preliminary results of an upcoming analysis by the National Renewable Energy Laboratory, for solar to achieve 40% of electrical generation by 2035, solar deployment in the U.S. would have to accelerate to three to four times faster than its current rate by 2030.

Solar is already reported to be the fastest-growing source of new electricity generation in the nation, having grown from 2.5 gigawatts of solar capacity in 2010 to over 100 GW today. In an independent statistics and analysis report released by the U.S. Energy Information Administration in July, large-scale U.S. solar capacity growth is expected to exceed wind growth for the first time in its history.

The Short-Term Energy Outlook document, which was released on July 7, projects that solar photovoltaic generating energy will surpass wind generated energy sometime next year. According to the EIA, the solar capacity growth in the forecast reflects various state and federal policies that support renewable energy.

However, to achieve 40% by 2035, the DOE report indicates that billions of dollars in investments in addition to market opportunities through 2050 across clean energy generation, energy storage, electricity delivery, and operations and maintenance—including in low-income and community solar—would be required.

In April of last year, the United States Trade Representative announced its plan to withdraw its exclusion of imported bifacial solar panels from application of the safeguard measure in the Federal Register.

While some solar panel manufactures previously rallied for the need of tariffs on bifacial modules in December 2019, some members in the industry have opposed them.

However, based on an evaluation of comments received and other responses to the tariff exclusion, the Trade Representative—in consultation with the Secretaries of Commerce and Energy—has determined that the bifacial solar panel exclusion is actually undermining the safeguard measure and is requesting that the U.S. Court of International Trade lift the order preliminarily enjoining the withdrawal from entering into effect.

As a response to the request, at the time, SEIA was reportedly looking for opportunities to legally challenge the Trade Representative’s decision.

Regarding a timeline on the matter, the withdrawal was slated to apply to imported panels in the decision that the Court lifts the injunction, but in no case would go into effect earlier than May 18, 2020.