In a series of press releases issued at the beginning of the month, officials from the Federal Emergency Management Agency and Biden-Harris Administration announced a national initiative to advance building codes.

“The National Institute of Building Sciences reports that the adoption of hazard resistant building codes saves communities $11 per every $1 invested,” Criswell said. “By modernizing building codes, we will not only save money by protecting people’s property and lowering energy costs, but we will also protect people’s lives by making our infrastructure more resilient to severe weather and the impacts of climate change.

“This critical initiative underscores the Biden-Harris Administration’s commitment to achieving these objectives by bolstering the adoption of the latest, current building codes and standards across this nation.”

To announce the National Initiative to Advance Building Codes, Criswell and Deputy National Climate Advisor Ali Zaidi traveled to Miami to meet with experts in climate resilience, building safety and efficiency on June 1.

According to a fact sheet released by the White House on the same day, the new building codes initiative will boost resilience to the impacts of climate change, lower utility bills for homes and businesses, and prioritize underserved communities. 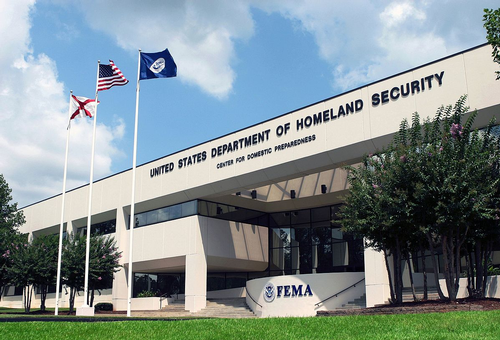 Shannon Arledge, Public Domain, via Wikimedia Commons
In a series of press releases issued at the beginning of the month, officials from the Federal Emergency Management Agency and Biden-Harris Administration announced a national initiative to advance building codes.

The initiative sets out to help state, local, Tribal and territorial governments adopt the latest, current building codes and standards created to make communities more resilient to hurricanes, flooding, wildfires and other extreme weather events that are intensifying due to climate change.

The combination of efforts is slated to improve resiliency, create good-paying jobs and lower energy bills. Through the initiative, the Biden-Harris Administration will:

The Administration went on to note that communities that have already adopted modern building codes are saving an estimated $1.6 billion a year in avoided damage from major hazards, with projected cumulative savings of $132 billion through 2040—a figure that will become much higher if more communities adopt modern codes.

In a recent analysis where states were categorized based on building code uptake, FEMA found that 39 states fell into the lowest category—meaning that less than 25% of the state’s communities were covered by the latest hazard-resistant codes. On a nationwide scale, FEMA added that roughly 35% of counties, cities and towns have the latest codes in place.

To address this issue, in an all-of-government commitment made by the Biden-Harris Administration, key federal agencies will collaborate through a Mitigation Framework Leadership Group (MitFLG) to increase support and incentives for modern code adoption.

The federal government plans to achieve these goals by undertaking a comprehensive review of agency programs that support new construction or substantial rehabilitation of homes and other buildings, through grants, loans, funding, financing or technical assistance.

As part of this holistic review, which will be reported to the National Climate Task Force, additional specific efforts include:

Apart from government agencies, many other organizations have recently released best practice documents in relation to the adoption and enforcement of hazard-resistant building codes and standards.

In December, the American Society of Civil Engineers announced the release of its newly updated ASCE/SEI 7-22 with the goal of better-protecting infrastructure from tornado damage.

Reported to be the first of its kind in the world, the new ASCE standard offers guidance to protect buildings from tornadoes ranging from 0 to 2 on the Enhanced Fujita Scale, which translates to winds ranging from 40 mph at the bottom of EF0 to 157 mph at the top of EF2.

The new standard arrives just weeks after twisters riddled the Midwest, leaving thousands without homes and 77 dead. Research posted by U.S. Tornadoes suggests that approximately 80% of tornadoes in the national rate between EF0 to EF1 strength, while the tornado that struck Kentucky was reported to rank anywhere between an EF3 and an EF5.

In superseding the ASCE/SEI 7-16 standard, the new edition provides up-to-date and coordinated loading provisions for general structural design for all hazards including dead, live, soil, flood, tsunami, snow, rain, atmospheric ice, seismic, wind and fire, as well as how to evaluate load combinations.

The new provisions, the Society reports, are not meant for residential construction, but rather for critical infrastructures such as hospitals and fire stations. In gathering data to provide the update, the committee reportedly drew on new models for more accurate snow load and developed a new multipoint seismic spectrum for certain soft-soil sites.

The standard is slated to go up for consideration to be entered into Chapter 16 of the 2024 International Building Code sometime this year.

In its new report, the ASCE’s Post-Earthquake Fire Hazard Task Group, along with the Fire Protection Committee of the Structural Engineering Institute, evaluate how earthquake damage can increase the likelihood of fire ignitions regarding utility lines and interior fire protection systems.

The document also presents the background for the analysis, design and assessment of building structural systems under fire following earthquakes, as well as guidance based on current state-of-the-art practices, applicable building codes and outcomes of experimental and numerical research results.

That same month the World Green Building Council (WorldGBC) announced the launch of its Sustainable Reconstruction & Recovery Framework, which aims to serve communities as a “post-disaster toolkit” when building back better throughout the Southern and Eastern Mediterranean regions, and beyond.

The Framework was developed by the WorldGBC, the European Bank for Reconstruction and Development (EBRD), UN Habitat and Green Building Councils in Egypt, Jordan, Lebanon and Palestine. The toolkit reportedly builds upon the body of existing WorldGBC frameworks for Health and Wellbeing and Whole Life Carbon, as well as EBRD’s Environmental and Social Policies and corresponding Performance Requirements.

Structured around six themes that emphasize disaster risk reduction, the toolkit also focuses on the sustainable urban reconstruction of the physical environment, the restoration of communities and how social and cultural life can be supported and revitalized.

While the Framework does not propose a “one-size-fits-all” solution, it does lay out key issues and methods for best practices in the event of a disaster. From the collection of issues and themes, stakeholders—such as local communities, international and local donors, academic institutions and public entities, among others—can then couple recommended strategies through time frames across a built environment life cycle.

These are proposed as four phases, including Assessment and Preparation; Planning and Design; Implementation & Construction; and Operation and Maintenance. Before the Framework can work effectively, creators of the document have also specified that the cessation of violence, governance and finance must be identified or else reconstruction and recovery efforts can not be carried out successfully.

According to WorldGBC, the reason the Framework focused on the Middle East and North Africa region, including the Southern and Eastern Mediterranean (SEMED) is that it is known to be the most water-stressed region in the world, and is heating at twice the rate of the global average.

Over the last half-century, the areas have seen more heat waves, extensive droughts, flash floods, coastal erosion and cyclones than ever recorded previously. Estimates suggest that over $560 billion will be needed across the region just to rebuild in countries like Syria, Iraq, Yemen, Libya and Gaza. After losses experienced as part of a port explosion in Lebanon, it was estimated that the country would need between $4-$5 billion, with reconstruction costs estimated at around $10 billion.