New legislation that could set new heat protections for employees working in “ultrahigh” heat and wildfire smoke outdoors is making its way to the California Senate for consideration.

Other measurement considerations would include having employers ensure that workers get paid rest breaks every hour, have more access to cool water and that they pay closer attention to workers for symptoms of heat-related illnesses.

The legislation would also require that the standards board consider revising the current wildfire smoke standard to lower the existing air quality index threshold before “respiratory protective equipment becomes mandatory.” 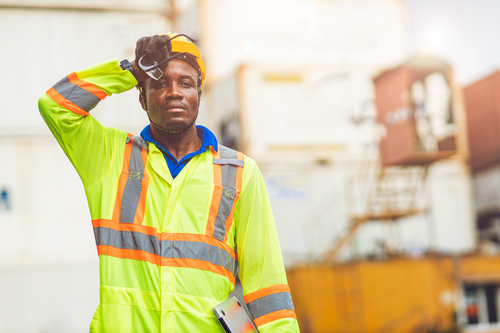 coffeekai / Getty Images
New legislation that could set new heat protections for employees working in “ultrahigh” heat and wildfire smoke outdoors is making its way to the California Senate for consideration.

In April, the U.S. Department of Labor’s Occupational Safety and Health Administration announced the launch of a National Emphasis Program to protect millions of workers from heat illness and injuries.

The press release issued by the DOL went on to explain that as the National Emphasis Program works to immediately improve enforcement and compliance efforts, there are ongoing efforts to establish a heat illness prevention rule.

However, on days when the heat index is 80 F or higher, OSHA inspectors and compliance assistance specialists are to engage in proactive outreach and technical assistance. Regardless of whether the industry is targeted in the NEP, inspectors will also look for and address heat hazards.

As part of OSHA’s continued work to reduce workplace heat illnesses and fatalities, the agency held a public stakeholder meeting on May 3 to discuss OSHA’s ongoing activities to protect workers from heat-related hazards, including the Heat Illness Prevention Campaign, compliance assistance activities and enforcement efforts.

The research found that heat stress exceeded exposure limits in all 14 fatalities and in eight of the 11 nonfatal illnesses.

At the time, OSHA recommended using the heat index to protect workers and separates temperatures into four categories: