Earlier this month, the U.S. Department of the Interior announced a $240.4 million investment from the bipartisan infrastructure law for significant repairs on canal linings, dam spillways and water pipeline replacements. According to the press release, the program will be facilitated through the Bureau of Reclamation.

Projects selected for funding are reportedly found in all the major river basins and regions where the Bureau operates. Of these 46 projects, which span across 11 states, plans include conducting canal repairs in Arizona, California, Idaho, Nevada and Wyoming; dam spillway repairs in Kansas; pipeline repairs in Utah; and investments in a pumping plant in Montana.

“The Bureau of Reclamation, in partnership with states and local water districts receiving municipal water and irrigation water from federally-owned projects, is responsible for much of the water infrastructure in the West,” said Acting Bureau of Reclamation Commissioner David Palumbo.

“These water systems work because of this federal to non-federal partnership, and this funding will help to complete necessary extraordinary maintenance keeping projects viable and partnerships strong." 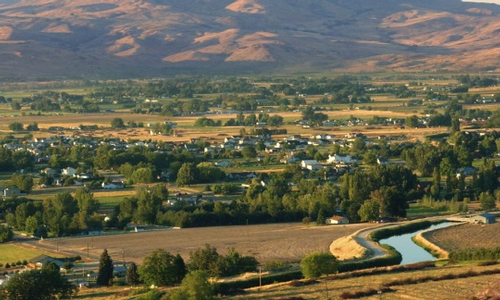 In total, the infrastructure law provides $8.3 billion for the Bureau of Reclamation’s water infrastructure programs and $2.5 million for authorized water rights settlement projects. According to the DOI, funding includes:

The DOI reports that this is one of the largest investments in drought resilience in the country’s history. The goal is reportedly to expand Reclamation’s ability to use existing program authorities to serve communities through infrastructure improvements that fundamentally impact their quality of life.

The memo, "Implementation of the Clean Water and Drinking Water State Revolving Fund Provisions of the Bipartisan Infrastructure Law," was issued March 8 and will act as a guide for state, local and Tribal partners to work collaboratively. It also outlines requirements and recommendations for the Drinking Water and Clean Water State Revolving Funds (SRFs).

According to the EPA’s release, the majority of water infrastructure funding from the bipartisan infrastructure law will go towards this funding. The memo provides information on guidelines on how the EPA will award and administer these grants.

The memo fact sheet outlines the key priorities for the SRF grants:

At the end of the March, the Biden-Harris Administration announced that it will be investing more than $2.7 billion in funding to 300 U.S. Army Corps of Engineers projects across the country, focused on strengthening ports and waterways. The announcement builds on the Administration providing $14 billion from the bipartisan infrastructure law to strengthen port and waterway supply changes and climate resilience.

Both investments reportedly advance President Joe Biden’s Justice40 initiative, which ensures that 40% of certain federal investments, including in the areas of climate change and critical clean water and wastewater infrastructure, go to historically marginalized, underserved and overburdened communities.

The EPA has also recently awarded several Water Infrastructure Finance and Innovation Act loans after inviting 39 new projects to apply in December. The EPA anticipates that, as funding becomes available, $6.7 billion in WIFIA loans will help finance over $15 billion in water infrastructure projects across 24 states. The invited projects will also reportedly help modernize water infrastructure for 25 million Americans and create up to 49,000 jobs.

Projects selected by the EPA to apply look at impacts of extreme weather events, the climate crisis, cybersecurity, green infrastructure and water reuse. Approximately $1.2 billion in loans are available to support infrastructure in historically underserved communities.

The Regional Wastewater System Improvements Program will reportedly upgrade four wastewater treatment facilities to help to mitigate the impacts of climate change its service area, which is prone to droughts. The program is anticipated to ensure reliable access to wastewater treatment and recycled water and reducing reliance on imported water supplies.

The expansion project is expected to be completed by 2025.