The Missouri Department of Transportation recently presented its draft Statewide Transportation Improvement Program (STIP), the largest infrastructure improvement plan that it has ever created. The plan, which outlines over 1,700 projects, provides a layout of projects through 2026 that span across almost 34,000 miles of transportation systems.

The department reports that a significant component of the state transportation system includes 33,832 miles of roads and 10,397 bridges, both of which reportedly rank among the largest for any state in the country. Based on feedback from Missouri residents, maintaining this system is the highest priority, with other priorities including improve safety and reliability, economic growth and provide more transportation choices. 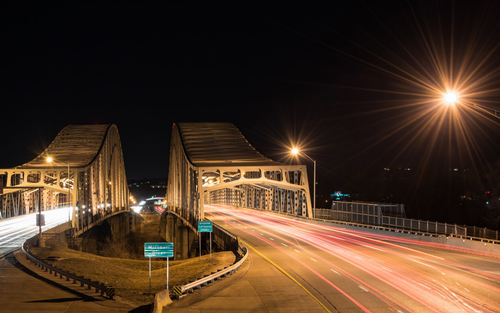 MDOT
The Missouri Department of Transportation recently presented its draft Statewide Transportation Improvement Program (STIP), the largest infrastructure improvement plan that it has ever created.

In total, $5.5 billion in funding is made available of the next five years, with the first three years of available funds programmed to specific projects and the last two years at a level of one-half of forecasted available funds. MoDOT states that this approach allows for the ability to delivery projects despite future uncertainty.

893 bridges of the 10,397 bridges in the state are reportedly in poor condition, with 1,081 being weight restricted. The STIP provides investments in 685 bridges from 2022 to 2024, with a goal of keeping the number of poor condition bridges below 900.

MoDOT Assistant Chief Engineer Eric Schroeter said the plan will also be the first time in over 20 years that the department is able to create an infrastructure plan with revenue coming in from two sides. $7.5 billion in revenue will come from a gas tax increase and federal funds, with about $1.5 billion a year in construction contracts.

“About 75% of the projects are taking care of the highway system we already have. So they're maintaining roads and bridges that are out there that we need to, you know, either resurface or rehab or replace some bridges,” Schroeter said. “There is a portion of work that is doing new things on our system- building some interchanges, adding lanes, things like that that communities really want.”

Each Missouri district will receive funding, with the Missouri Highways and Transportation Commission using a formula to distribute construction program funds for road and bridge improvements in each of the districts. MoDOT adds that it has adopted a statewide transportation asset management approach to make the best decisions with transportation investments.

A rolling 10-year Asset Management Plan was developed as a strategic framework for making cost-effective decisions about allocating resources and managing road and bridge system infrastructure, with a goal of keeping transportation assets in good condition. In the STIP, $3 billion in the first three years will go towards these federal bridge and pavement performance targets.

The draft document will reportedly be available in the coming weeks for a 30 day public comment period. MoDOT will then summarize the contents and determine if adjustments are needed.

Afterwards, in July, the draft will be presented to the Missouri Highways and Transportation Commission. Once approved, final approval is needed from the Federal Department of Transportation.

“This is a lot of work to get started, and a lot of work for our contracting partners, and we're really looking forward to that,” Schroeter said.

A full map of potential projects and funding anticipated over the next five years can be found here. MoDOT adds that these projects are not commitments to construct or implement an improvement, and commitments will not be made until the NEPA process is completed.

Once needs are identified and prioritized, a team compromising of personnel from various MoDOT departments will investigate a problem or concern. Once a solution is selected, preliminary design work will occur with the potential project moving into the next stage of planning framework.

At the end of March, Department of Transportation Secretary Pete Buttigieg announced $2.9 billion for competitive grants to improve U.S. transportation infrastructure as part of the Bipartisan Infrastructure Law. Through the combined Notice of Funding Opportunity, state, regional and local governments will be able to apply for funding and increase the pipeline of “shovel-worthy” projects.

According to the DOT’s release, the MEGA program was created in the Bipartisan Infrastructure Law to fund major projects that are too large or complex for traditional funding programs, providing grants on a competitive basis to support multijurisdictional or regional projects of significance that may also cut across multiple modes of transportation.

For the INFRA program, projects are expected to improve safety, generate economic benefits, reduce congestion, enhance resiliency, eliminate supply chain bottlenecks and improve critical freight movements. The existing competitive grant program will see a more than 50% increase in this year’s funding because of the infrastructure bill and provide approximately $8 billion over five years, of which about $1.55 billion is made available through the NOFO.

Finally, for RURAL, grants will support projects to improve and expand the surface transportation infrastructure in rural areas to increase connectivity, improve the safety and reliability of the movement of people and freight, and generate regional economic growth and improve quality of life. The DOT anticipated awarding up to $300 million In grants through the program, with $2 billion over the next five years.

The DOT expects the single solicitation to allow for a more comprehensive view of projects in development across the country. The deadline for applications is 11:59 p.m. EDT on May 23.

The CRP will reportedly apply to a wide range of projects designed to reduce carbon dioxide emissions from on-road highway sources, including installing infrastructure to support the electrification of freight vehicles or personal cars, to construction bus corridors or facilitating micro-mobility and biking.

According to the FHWA’s press release, under the CRP, states must also develop carbon reduction strategies in consultation with Metropolitan Planning Organizations to identify projects and strategies tailored to reduce carbon dioxide emissions in their states. However, localities can begin using these funds even before plans are developed and reviewed.

Funding was announced by state in the Fiscal Year 2022 Federal-aid Highway Program apportionments, determined by a formula set by Congress. $52.5 billion will go to states for this fiscal year, with $6.4 billion in total being distributed over five years.

In an order issued April 18, the Biden Administration announced that projects funded by the bipartisan infrastructure law will be required to use only iron and steel produced in the United States. The Buy America Act, included in the Infrastructure Investment and Jobs Act, aims to support the country’s industrial base, protect national security and support jobs.

The requirement will go into effect on May 14.

The 17-page guidance notes that “none of the funds” provided under the law may be used for infrastructure, unless: