Like many revised energy codes to be adopted across the country, the new code arrives as a means to address climate change and meet the state-mandated goal of improving energy efficiency while reducing greenhouse gas emissions.

“We need to consider what our definition of risk is when we’re talking about climate change,” said Board Member and Executive Director of Spokane’s Community Building Foundation Katy Sheehan at the council meeting. “Burning more fossil fuels is risky behavior. Taking a small step forward in reducing our natural gas usage is one way to reach our goal that we’re mandated to get to.” 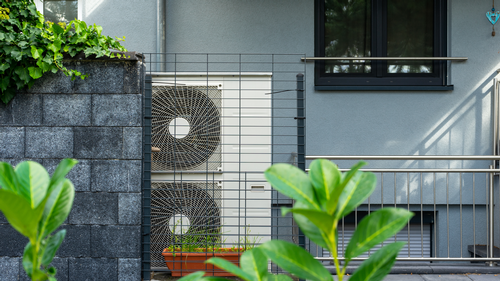 Under the revision, new commercial buildings and large multifamily buildings will be required to use heat pumps for space heating. Heat pumps are an energy-efficient technology that can extract heat from the outside air, even on very cold days, and pump it inside to provide space heating. According to reports, the heat pumps can also be used in reverse to provide cooling in the summer.

In addition to mandating the use of heat pumps for space heating, the code also mandates the use of heat-pump hot water heaters. For this, 50% of water must be warmed by a heat pump system, while the rest can be heated by an additional source like electric resistance or fossil fuels.

As a result of the mandate, the plan aims to ban all HVAC systems that use fossil fuels like natural gas – including most standard furnaces – or systems that use electric resistance, such as baseboard heaters, wall heaters, radiant heat systems and electric furnaces. However, certain exceptions approved by a code official can allow electric resistance to be used in specific situations.

The Spokesman-Review reports that the approved revisions received over 6,800 written comments from the public and over 100 individuals testifying at public hearings. During the State Building Code Council meeting, it was reported that delays due to public disruption caused an extension and totaled nearly seven hours to adjourn.

Builder associations also opposed the limitations, citing challenges it would impose on construction and the electrical grid.

The commercial energy code is slated to go into effect on July 1, 2023.

Durkan proposed the legislation in mid-January and is part of a broader city effort to reduce greenhouse gas emissions—including a carbon neutral goal by 2050.

The Code updates include key changes such as:

The amendments do, however, continue to allow the buildings to be construction with natural gas for cooking, though electrical outlets are also mandated so that the space could be converted later. The code also does not extend to construction of single-family homes, which have energy codes set by the state that continue to allow natural gas for heat.

Natural gas industry officials caution the move, looking to an already-strained energy grid. Moreover, Puget Sound Energy, which provides natural gas to about 150,000 customers in Seattle, has its own carbon emissions goal of a 30% reduction by 2030.

And local developers voiced their dissent to the changes, such as Benjamin Maritz who reportedly spoke out at the council meeting, noting that the new codes could add around $15,000 to construction costs, which would ultimately be passed down to the tenants.

Prior to the announcement, in November 2020, San Francisco’s Board of Supervisors unanimously passed a new city ordinance, banning the use natural gas or other fossil fuels in all new residential and commercial building construction projects.

The vote arrives after almost a year of deliberation with the Zero Emissions Building Taskforce, which brought together affordable housing and mixed-use developers, architects and engineers, labor and building trades and community advocates to write the legislation.

The new energy codes are slated to produce benefits to support the state’s public health, climate and clean energy goals.

The CEC reportedly adopts standards every three years to cost-effectively increase the energy efficiency and lower the carbon footprint of buildings. In California, homes and businesses use nearly 70% of California’s electricity and are responsible for a quarter of the state’s greenhouse gas emissions.

Taking an approach on a potentially all-electric future, the 2022 Energy Code focuses on four key areas in newly constructed homes and businesses:

The 2022 update is slated to be submitted to the California Building Standards Commission, where it is scheduled to be considered sometime in December. If approved by the CBSC, the update would go into effect on January 1, 2023, giving builders, contractors and other interested parties a year to gear up for the changes.

Over the next 30 years, the 2022 Energy Code is estimated to provide $1.5 billion in consumer benefits and reduce 10 million metric tons of GHGs (equivalent to taking nearly 2.2 million cars off the road for a year).