In an order issued last week, the Biden Administration announced that projects funded by the bipartisan infrastructure law will be required to use only iron and steel produced in the United States. The Buy America Act, included in the Infrastructure Investment and Jobs Act, aims to support the country’s industrial base, protect national security and support jobs.

The requirement will go into effect on May 14.

The 17-page guidance released on April 18 notes that “none of the funds” provided under the law may be used for infrastructure, unless: 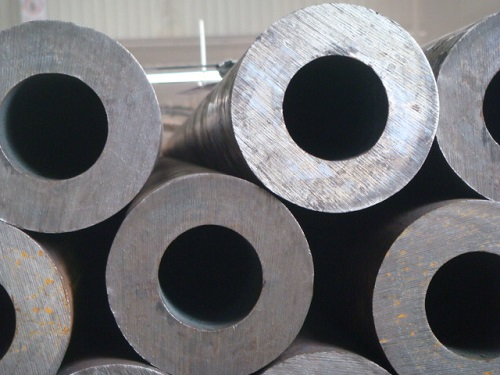 Jatinsanghvi, CC-BY-SA-3.0, via Wikimedia Commons
In an order issued last week, the Biden Administration announced that projects funded by the bipartisan infrastructure law will be required to use only iron and steel produced in the United States.

If the purchase would be “inconsistent with the public interest,” the materials are not being produced in enough quantities or of necessary quality or the inclusion of these U.S.-based materials will increase the cost of the overall project by more than 25%, a request to waive the application can be submitted in writing to the agency.

“There are going to be additional opportunities for good jobs in the manufacturing sector,” said Celeste Drake, Director of Made in America at the White House Office of Management and Budget.

According to reports, President Joe Biden hopes that the order will create more jobs, ease supply chain pressures and reduce the reliance on China and other countries with interests that deviate from the U.S. But the announcement has been met with mixed reviews from contractors and suppliers.

“We appreciate the commitment of the Biden-Harris administration to ensure that all federally-funded infrastructure and public works projects use iron, steel and other products that are made in America,” said Kevin Dempsey, President and CEO of the American Iron and Steel Institute in a statement following the announcement.

“This announcement is an important first step toward ensuring the fullest possible implementation and enforcement of Buy America domestic procurement preferences by all federal agencies. But this represents just the beginning of a process, and we look forward to working in partnership with the administration and Congress to continue to ensure the use of cleaner American steel in all federally-funded infrastructure projects.”

However, the Chief Executive Officer of the Associated General Contractors of America, Stephen E. Sandherr, also issued a statement in response to the release, expressing the support of the administration’s efforts, but notes they are “doubling down on failed procurement policies” with the mandate:

“It makes no sense to place unrealistic limitations on firms’ ability to source key materials at a time when prices for those products are skyrocketing and supplies are limited. Supply chain shortages are already prompting firms to avoid bidding on new projects, as the Army Corps of Engineers discovered on a recent project that received zero bids because of concrete scarcities in parts of the country.

“Worse, the new mandate requires individual federal agencies to run waivers by the White House for materials not made in America. This means that contractors, in addition to facing a patchwork of inconsistent, and likely conflicting, guidelines from individual agencies’ waiver processes, will also have to wait as the highest office in the land verifies them.”

Sandherr continued, “Whatever minimal gains in domestic construction material production this new mandate might temporarily generate will be offset by the increased cost of constructing new projects, slower schedules to build those projects and the fact some key projects could be hamstrung from moving forward.”

In that report, when comparing year-over-year increases, that month ABC reported that steel mill product prices had increased 141.6% since October 2020, while iron and steel prices were up 101.5%. According to the most recent report from earlier this month, year-over-year steel mill product prices rose 42.9% and the price momentum of iron and steel was going upward 1.4%.