“As the sector generating the most carbon emissions in the U.S. economy, transportation must play a leading role in solving the climate crisis,” said U.S. Transportation Secretary Pete Buttigieg. “The Carbon Reduction Program will help reduce pollution from transportation and move us closer to the President’s ambitious goal of cutting emissions in half by 2030.”

The CRP will reportedly apply to a wide range of projects designed to reduce carbon dioxide emissions from on-road highway sources, including installing infrastructure to support the electrification of freight vehicles or personal cars, to construction bus corridors or facilitating micro-mobility and biking.

According to the FHWA’s press release, under the CRP, states must also develop carbon reduction strategies in consultation with Metropolitan Planning Organizations to identify projects and strategies tailored to reduce carbon dioxide emissions in their states. However, localities can begin using these funds even before plans are developed and reviewed.

“This new program provides states and local agencies in both urban and rural areas the flexibility and funding needed to reduce emissions and build a more sustainable transportation network that will benefit all travelers,” said Deputy Federal Highway Administrator Stephanie Pollack. “The Bipartisan Infrastructure Law makes transformative investments in our nation’s transportation infrastructure, and this is one of the key programs that will help address the climate crisis.” 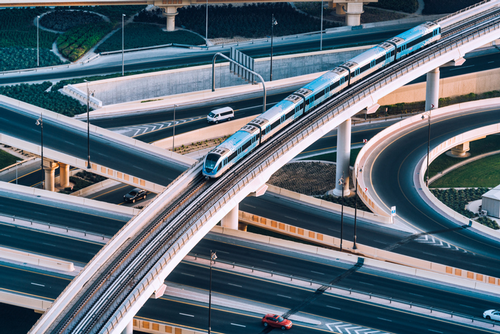 According to the fact sheet, eligible projects include, but are not limited to:

Funding was announced by state in the Fiscal Year 2022 Federal-aid Highway Program apportionments, determined by a formula set by Congress. $52.5 billion will go to states for this fiscal year, with $6.4 billion in total being distributed over five years.

Prior to the passing of the infrastructure law, in 2020 following the announcement of Joe Biden as the President-elect, the Biden-Harris Administration released its plan regarding climate change, highlighting the administration’s early priorities.

At the time, the Biden-Harris transition team looked at one form of technology it believes will be welcomed by a normally divided Congress: carbon capture and storage (CCS). While the technology isn’t specifically outlined in the transition document, CCS and other forms of negative emission technology has been long promoted by Biden throughout his time as presidential candidate and was noted in his campaign climate plan.

Overall, Biden intended to dedicate $1.7 trillion to overhaul energy, transportation, agriculture and other sectors. According to the transition document, the team planned to go beyond just recommitting the nation to the Paris Agreement on climate change, and aims to build a more resilient, sustainable economy through the creation of union jobs within these new investments.