Supported by a number of governmental programs, including the Priority 2030 program, the new coating is slated to be used on the walls of two Tomsk Region hospitals.

Reportedly enhanced with biocidal nanoparticles, the new paint aims to neutralize a number of common pathogens and reduce nosocomial infections. 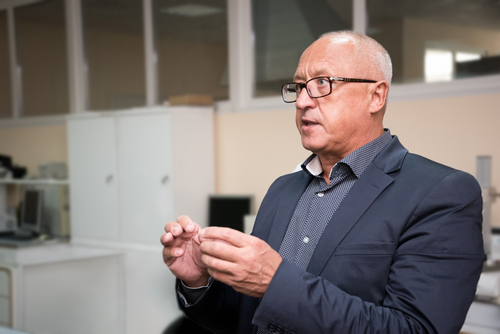 “The paint has biocidal properties thanks to the TSU scientists. They developed zinc oxide nanoparticles doped with silver,” explained Alexander Vorozhtsov, TSU Vice-Rector for Research and Innovation. “It has been experimentally proved that these particles are effective in fighting against a lot of pathogens, including A/H1N1 flu virus and SARS-CoV-2, as well as widespread nosocomial bacterial infections like E. coli, Staphylococcus aureus, Pseudomonas aeruginosa and others.”

According to TSU, the paint Premia has two types of composition. Noted to be equal in effectiveness, only one of the paints has been tested and certified, while the second is an upgraded, cheaper version with the aim of making the paint more available to potential buyers.

In preliminary testing of both versions, developers add that the concentrated nanoparticles proved their effectiveness against a widespread collection of common nosocomial infections.

Pilot testing of the paint will be conducted in Timiryazev Central Regional Hospital and B.I. Alperovich City Clinical Hospital No 3, where biocidal paint is needed due to high risk of infection. In both locations, the paint will be applied in emergency rooms, wards, treatment rooms, relatively clean areas and, in one hospital, a manipulation room.

Over the next six months, scientists will take wipe-samples to determine the presence of bacteria and viruses, determine the efficiency of different types of compositions and investigate nanoparticle activity.

Last month, a team of researchers from the Department of Nano-Bio Convergence of the Korea Institute of Materials Science reported that they’d developed a material that provides antibacterial and antiviral properties without changing the physical properties of various products that are commonly used.

According to the team, while antibacterial films and antibacterial coating products are widely used for elevator buttons, door handles and touch screens, they are difficult to maintain long-term antibacterial durability of the material because of the low transparency and damages caused by frequent use.

The application of antibacterial films and coatings also requires an additional process of attaching or producing a film to an existing product.

To mitigate this issue, the research team developed an antibacterial/antiviral additive capable of generating high metal ions. By about 1 to 2 weight percent (wt%) of the additive to various resins, the antibacterial properties reportedly increased to 99.99%, while the antiviral properties were reported to be more than 10 times in two hours without changing optical/mechanical/thermal properties of existing products.

The team reported that the antibacterial/antiviral additive is composed of non-toxic substances without organic antibacterial agents and nano compounds. In addition, when used as an additive, the material can carry out ultraviolet and heat curing processes without additional processing on existing products.

This research achievement was funded by the Ministry of Science and ICT and supported by KIMS. The research team is currently working on commercializing the technology by promoting the establishment of a research institute spin-off company.

In the months prior, in October, researchers from The University of Queensland reported that they’d developed an effective, antiviral surface coating technology against SARS-CoV-2, the virus that causes COVID-19.

Designed to use as an extra layer of protection against COVID-19 and the flu, the spray-applied technology for surfaces and face masks was developed with Boeing as a joint research project and was tested at the Peter Doherty Institute for Infection and Immunity at The University of Melbourne.

According to UQ’s Australian Institute for Bioengineering and Nanotechnology researcher Professor Michael Monteiro, the water-based coating technology works by deploying worm-like structures that attack the virus.

The university added that in addition to its water-based properties, the coating is environmentally friendly, and its synthesis aligns with manufacturing techniques used in the paint and coatings industry.

And, in 2020, researchers at University College London developed a coating that activates in low-intensity light to kill bacteria. At the time, UCL said that the research was the first to show a light-activated antimicrobial coating successfully killing bacteria in low intensity, ambient light (300 lux), such as that found in wards and waiting rooms. Previously, similar coatings needed intense light (3,000 lux) to activate their killing properties.