“With the do-it-yourself trend continuing, there’s a huge opportunity for retailers and brands to partner and focus on training salespeople, despite the challenges of high turnover and supply chain issues,” said Christina Cooley, Director of the Home and Retail Intelligence Practice at J.D. Power.

“The best way retailers and paint brands can meet the needs of paint shoppers who rely on in-store guidance and support during their purchase is to differentiate themselves through their staff and the experience they provide.”

The U.S. Paint Satisfaction Study was based on responses from 5,015 customers who purchased and applied interior paint, exterior paint and/or exterior stain in the past 12 months. Findings from the study are meant to provide the paint industry with insights into the evolving needs and demands of customers, includes the following objectives, according to J.D. Power.

The study was fielded from December 2021 through January 2022. 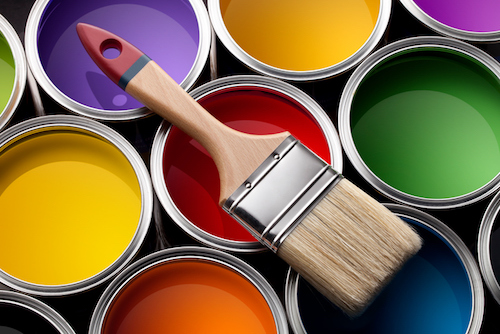 In the interior paint, exterior paint and exterior stain segments, overall customer experience was based on four key drivers of satisfaction: application; durability; offerings; and price. The findings were then organized by study segment, which involved the following:

The study also looked at customer experience with paint retailers, which examined five key drivers of satisfaction: online experience; in-store experience; service and staff; merchandise; and price. These findings were then broken down into the following segments:

“Painting a home is one of the most common, yet impactful home improvement projects consumers undertake. Manufacturers rely heavily on loyalty in terms of both repeat purchases and positive recommendations,” wrote J.D. Power.

For the exterior stain segment, Sherwin-Williams again had the highest-ranking score, reporting 849. In second, Behr reported a score of 845, and in third, Benjamin Moore received a score of 843.

Finally, in tallying the scores for independent retailers, Benjamin Moore took the top spot with a score of 881. Ace Hardware and Sherwin-Williams Paint Store tied for second, having both received a score of 872.