On Tuesday (April 12), the U.S. Department of Labor’s Occupational Safety and Health Administration announced the launch of a National Emphasis Program to protect millions of workers from heat illness and injuries.

“Tragically, the three-year average of workplace deaths caused by heat has doubled since the early 1990s. These extreme heat hazards aren’t limited to outdoor occupations, the seasons or geography,” said Secretary Walsh. “From farm workers in California to construction workers in Texas and warehouse workers in Pennsylvania, heat illness—exacerbated by our climate’s rising temperatures—presents a growing hazard for millions of workers.

“This enforcement program is another step towards our goal of a federal heat standard. Through this work, we’re also empowering workers with knowledge of their rights, especially the right to speak up about their safety without fear of retaliation. I’m grateful for the Vice President’s leadership on this issue, and for her demonstrated commitment to keeping workers safe on the job.”

The press release issued by the DOL went on to explain that as the National Emphasis Program works to immediately improve enforcement and compliance efforts, there are ongoing efforts to establish a heat illness prevention rule.

However, on days when the heat index is 80 degrees Fahrenheit or higher, OSHA inspectors and compliance assistance specialists are to engage in proactive outreach and technical assistance. Regardless of whether the industry is targeted in the NEP, inspectors will also look for an address heat hazards. 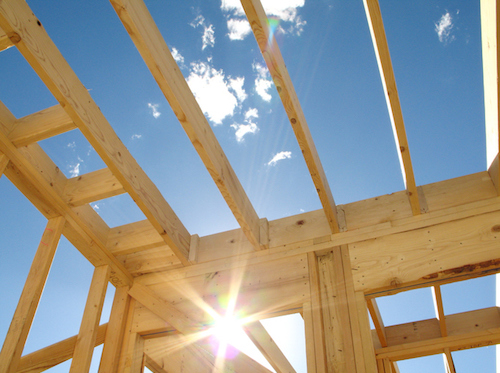 © iStock.com / Double_Vision
On Tuesday (April 12), the U.S. Department of Labor’s Occupational Safety and Health Administration announced the launch of a National Emphasis Program to protect millions of workers from heat illness and injuries.

“Our goal is to make it safe for workers in hot indoor and outdoor environments, so that they can return home safe and healthy at the end of each day,” said Assistant Secretary for Occupational Safety and Health Doug Parker. “Working together, we can ensure workers know their rights and employers meet their obligations in order to protect workers from the growing dangers of extreme heat.”

As part of OSHA’s continued work to reduce workplace heat illnesses and fatalities, the agency will hold a public stakeholder meeting on May 3 to discuss OSHA’s ongoing activities to protect workers from heat-related hazards, including the Heat Illness Prevention Campaign, compliance assistance activities and enforcement efforts.

In honoring the heat-related death of a worker in 2020, the DOL urged everyone, but especially western New Yorkers, to safeguard against weather hazards in July 2021. Timothy Barber, 35, died on July 7, 2020, at the end of his shift working on the Genesee River Bridge Project in Geneseo, New York.

OSHA’s investigation into the death found that Barber had been performing what would be considered light-duty work: sorting bolts. However, he was in 90-plus F temperatures. Reportedly working alone, without shade or water, and not acclimated to the heat, OSHA determined that his employer, Pavilion Drainage Supply Company Inc., failed to train Barber and implement other safeguards to protect him and other employees against extreme heat hazards.

On the anniversary of his death, OSHA reminded everyone that as temperatures rise, so do work risks. Symptoms of excessive heat exposure include: heat stroke, heat stress, cramps, headaches, dizziness, weakness, nausea, heavy sweating and confusion.

OSHA also advised that employers with workers exposed to high temperatures should establish and implement a heat illness prevention program and communicate it to supervisors and workers. Suggested measures included:

Unfortunately, despite the warnings, the following month a roofing worker reportedly died of heat-related illness in Oregon, following what officials called a “record-setting heatwave,” according to the Oregon Occupational Safety and Health Administration.

According to reports, the unnamed worker was inspecting a potential leak from a condensate line at the end of June, during the hottest day on record in the state, which registered at 116 degrees F. The worker reportedly collapsed onsite after coming down from the roof and later died in the hospital from heat stress on July 9, according to a spokesperson for the Columbia Pacific Building Trades Council.

The announcement followed a statement released by President Joe Biden at the beginning of the week on mobilizing the Administration to address extreme heat. The measure is part of the Biden-Harris administration's interagency effort and commitment to workplace safety, climate resilience and environmental justice.

As a result of the heat-related health and safety concerns, OSHA planned to implement an enforcement initiative on heat-related hazards, developing a 2022 National Emphasis Program on heat inspections, and launching a rulemaking process to develop a workplace heat standard.

The Administration also planned to form a National Advisory Committee on Occupational Safety and Health Heat Injury and Illness Prevention Work Group to provide better understanding of challenges and to identify and share best practices to protect workers.

The following month, OSHA published the Advance Notice of Proposed Rulemaking for Heat Injury and Illness Prevention in Outdoor and Indoor Work Settings (ANPRM) in the Federal Register.

While comments on the ANPRM rulemaking were due in December, that month, OSHA announced that the comment period was extended to give stakeholders more time to review the ANPRM and collect information and data necessary for comment. The deadline for comments was moved to by Jan. 26.

The ANPRM was reported to include more than 100 questions to help guide stakeholders during the comment period. Specifically, the agency was seeking to receive input on heat-stress thresholds, heat-acclimatization planning and exposure monitoring.

At the time, OSHA recommended using the heat index to protect workers, and separates temperatures into four categories:

In 2021, physiological monitoring platform Kenzen announced that it had partnered with Kansas City-based firm Garney Construction to test out a new, wearable smart device to monitor health indicators of each worker.

The devices were worn on the arms of 28 Garney workers at 10 worksites throughout the U.S, monitoring things such as core body temperature, heart rate and exertion level. These measurements were then studied for proactive prediction and prevention of heat injuries, illnesses and fatalities.

During the time of the announcement, data was being taken from different kinds of locations, from Arizona to Florida to Colorado, so that patterns could be detected and customized to better avoid heat stress and create treatment strategies.

That summer, Kenzen announced that it would be offering a new rental program for its wearable devices. The rental program was announced as the U.S. National Weather Service and U.K. Met Office predicted the summer of 2021 to be the hottest on record so that companies of all sizes could protect workers and maintain productivity throughout the season.

For the rental packages, Kenzen offered either groups of 10, 20 and even 50 for all kits which include the heat monitoring devices, armbands, device chargers, apps available for both iOS and android phones, and packaging for easy returns at the end of the rental period.

More recently, in February, Kenzen was awarded the Best New Mobile App Award for the mobile application. The award was presented by Best Mobile App Awards after reviewing thousands of nominations. According to a press release issued via email by Kenzen, the apps were judged on usefulness, overall quality, uniqueness in the market, user interface and design.

Just like in its testing phase, the application—used by industrial companies in construction, manufacturing, firefighting, agriculture, utilities, transportation, and oil and gas—works to alert workers when they need to rest, hydrate and cool their bodies to prevent heat stress and fatalities in indoor and outdoor work environments.

The Kenzen solution integrates the company’s commitment to personal data privacy; only workers can view the details of their personal health information and safety managers and other EHS leaders only see what’s necessary to keep the workers safe.

Data from the application was reportedly being used by Environmental Health and Safety leaders to enhance heat safety across the company when the award was announced.