Global leader in environmentally friendly, high-performance wood protection Sansin Corporation (Strathroy, Ontario, Canada) recently announced that it would be expanding its operations in the United States and Europe.

The news arrives shortly after the company opened a new facility, located in the Netherlands. According to Sansin, the facility will serve as the European hub for sales, operations and distribution, and will operate under the name TimberTek Solutions B.V.

Jan Willem Bos was recently tapped as Managing Director of the new location and there are plans in the works to form a European sales and operations team specialized to service dealers, OEMs and architectural projects.

In the U.S., Sansin has also started up an manufacturing, distribution and sales location under Sansin America, Inc. While the location is not yet operational, officials predict that the facility will be up and running by spring 2023. The U.S. location is slated to support future product development and finishing operations. 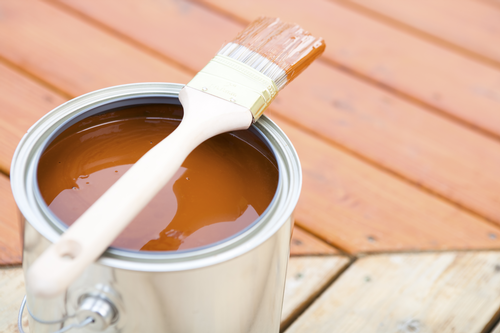 “Demand for wood in building construction has risen quickly and is expected to grow at a rapid pace as architects and customers consider wood to be the most sustainable building material,” said Sansin’s Managing Director Sjoerd Bos. “With this growth comes increasing market demand for Sansin’s high-performance, water-borne wood protection products that are penetrating, environmentally friendly and durable.”

Sansin reports that the new locations will help service the company’s current and growing global customer base.

“For more than 35 years, our passion has been protecting and beautifying wood. Increased use of wood globally is not just good for the industry at large, but also good for our planet; so, we see this as a positive for more than just our company,” explained Bos.

“This stunning building is just the latest example of architects turning to mass timber – and Sansin – to create buildings that are not only beautiful today, but will stand the test of time,” said Caroline March-Long, Sansin’s Director of Sales & Marketing. “Sansin has a long track record of protecting mass timber on some of the world’s most impressive wooden structures. Our coatings allow the beauty of the wood to shine through while at the same time offering superior protection.”

Structural wood used for the project was manufactured by Sansin partner StructureCraft and protected with Sansin’s eco-friendly coatings. Sansin went on to report that the underside of the DLT and the interior spruce glulam were coated with Sansin’s KP12 UVW in clear. KP12 UVW was also applied to the exterior glulam, which received an additional layer of protection from two coats of Sansin SDF in Light Honey.

A number of other Wood Design & Building Award winners utilized Sansin coatings, including: