On Tuesday (April 5), the U.S. Environmental Protection Agency released a proposed rule to prohibit ongoing uses of the only known form of asbestos currently imported into the United States. Noted to be a set of six naturally occurring fibrous minerals, asbestos can resist heat, fire and electricity.

According to the EPA, it is the first-ever risk management rule issued under the new process for evaluating and addressing the safety of existing chemicals under the Toxic Substances Control Act (TSCA) that was enacted in 2016.

“Today, we’re taking an important step forward to protect public health and finally put an end to the use of dangerous asbestos in the United States,” said EPA Administrator Michael S. Regan. “This historic proposed ban would protect the American people from exposure to chrysotile asbestos, a known carcinogen, and demonstrates significant progress in our work to implement the TSCA law and take bold, long-overdue actions to protect those most vulnerable among us.”

In June 2016, the EPA named asbestos as one the first ten chemicals to undergo risk evaluation under TSCA. At the time, the Obama Administration only planned to focus on asbestos on chrysotile asbestos as it was the only asbestos fiber type imported, processed and distributed in the United States. 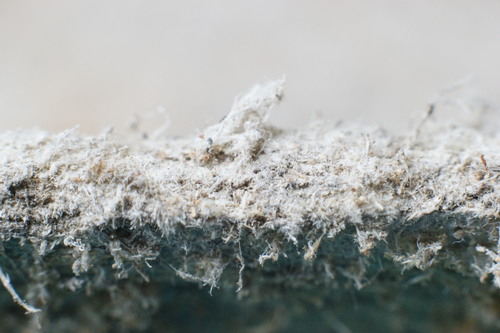 Tunatura / Getty Images
On Tuesday (April 5), the U.S. Environmental Protection Agency released a proposed rule to prohibit ongoing uses of the only known form of asbestos currently imported into the United States.

The following year, the EPA released the scope document for the risk evaluation for asbestos part 1, which included the hazards, exposures, conditions of use and the potentially exposed or susceptible subpopulations EPA expected to consider in its risk evaluation of asbestos conducted pursuant to TSCA section 6(b).

Some months later, in October, it was announced under the Trump Administration that the EPA would only focus on toxins entering commerce and would not consider whether new handling or disposal rules are needed for previously existing materials.

For asbestos, that meant that the few hundred tons that were imported annually would be reviewed, but the estimated 8.9 million tons of asbestos-containing products that entered the marketplace between 1970-2016 would not, according to The Associated Press.

Despite these issues, in June 2018, the EPA released the problem formulation for the risk evaluation for asbestos part 1. According to the Agency, the formulation was updated to clarify chemical conditions of use and better described how the EPA planned to conduct the evaluation.

In November of the following year, the EPA was pushed to further evaluate legacy uses and associated disposals, other types of asbestos fibers in addition to chrysotile, and conditions of use of asbestos in talc and talc-containing products in a supplemental effort. The push was the result of the decision of the U.S. Court of Appeals for the Ninth Circuit in Safer Chemicals Healthy Families v. EPA and is reportedly the focus of part 2 of the risk evaluation for asbestos.

In December 2020, EPA released part 1 of the final risk evaluation for asbestos finding that there were unreasonable risks to workers, occupational non-users, consumers and bystanders from 16 out of 32 conditions of use. While the EPA strongly recommended that users carefully follow all instructions on an associated product’s label, it found no reasonable risks to the environment.

By June 2021, the EPA announced important policy changes surrounding risk evaluations issued under the TSCA by the previous administration and the path forward for the first 10 chemicals to undergo risk evaluation.

This review was done in accordance with the Biden-Harris Administration’s Executive Orders and other directives, including those on environmental justice, scientific integrity, and regulatory review.

More recently, at the end of December 2021, the EPA requested public input in an emailed press release on its draft scope document for the TSCA Risk Evaluation for Asbestos Part 2: Supplemental Evaluation Including Legacy Uses and Associated Disposals of Asbestos.

According to the EPA, for the second part of the asbestos risk evaluation the Agency adopted the definition of asbestos as defined by TSCA Title II Section 202 as the “asbestiform varieties of six fiber types – chrysotile (serpentine), crocidolite (riebeckite), amosite (cummingtonite-grunerite), anthophyllite, tremolite or actinolite.”

Additionally, the EPA plans to consider Libby Amphibole Asbestos (and its tremolite, winchite and richterite constituents) and relevant conditions of use of asbestos in talc or talc-containing products in part 2 of the risk evaluation. The draft scope also plans to reflect the Agency’s recent policy changes, which include the consideration of exposures from air and water, and potential exposure to fenceline communities.

The EPA will accept comments in docket EPA-HQ-OPPT-2021-0254 for 45 days following its December publication. All feedback received from the public comment process and additional engagement with stakeholders will be used to inform the final scope document.

The EPA intends to publish the final risk evaluation for asbestos, part 2 by Dec. 1, 2024, as required by court order.

Last week, the EPA proposed a ban on chrysotile asbestos, the most common form of the toxic mineral still used and imported in the U.S. The EPA is proposing this risk management rule under section 6(a) of the TSCA.

According to the American Public Health Association, the deadly carcinogen has been linked to about 40,000 deaths in America each year.

While most consumer products that historically contained chrysotile asbestos have been discontinued, chrysotile asbestos remains the only form known to be currently imported, processed or distributed for use in the U.S. and is used exclusively by the chlor-alkali industry.

In 1989, the EPA blocked most uses of asbestos under the TSCA. However, in 1991, the asbestos industry challenged the regulation, and a federal appeals court overturned the prohibition, significantly weakening the EPA’s authority under TSCA to address risks to human health from asbestos or from any other existing chemicals.

To address these unreasonable risks, the proposed rule would prohibit manufacture (including import), processing, distribution in commerce and commercial use of chrysotile asbestos for six categories of chrysotile asbestos-containing products: asbestos diaphragms, sheet gaskets, oilfield brake blocks, aftermarket automotive brakes and linings, other vehicle friction products and other gaskets.

The proposed prohibition on the manufacture, processing and distribution in commerce also plans to address consumer exposure to chrysotile asbestos.

In addition to banning the chrysotile asbestos, the EPA is also proposing targeted disposal and recordkeeping requirements in line with industry standards, Occupational Safety and Health Administration requirements and the Asbestos National Emission Standards for Hazardous Air Pollutants (NESHAP).

The proposed disposal and recordkeeping requirements would take effect 180 days after the effective date of the final rule.

The Agency points out that there are alternatives to asbestos-containing diaphragms for chlor-alkali plants, specifically membrane cells, which account for almost half of the country’s chlor-alkali production.

In addition to covering chrysotile asbestos-containing products and water treatment, the proposal also touches on the generation of electricity through chlor-alkali production. If passed, the EPA believes that there will also be a result in health benefits from reduced air pollution associated with energy-intensive industrial operations.

“Environmental justice concerns in communities surrounding some of the affected chlor-alkali facilities and other chemical manufacturers would also benefit from reduced levels of soot and other air pollution from the electricity generation needed to support these facilities,” wrote the EPA.

The EPA will accept public comments on the proposed rule for chrysotile asbestos for 60 days following publication in the Federal Register via docket EPA-HQ-OPPT-2021-0057 at regulations.gov.