Late last month, the Biden-Harris Administration announced that it will be investing more than $2.7 billion in funding to 300 U.S. Army Corps of Engineers projects across the country, focused on strengthening ports and waterways. The announcement builds on the Administration providing $14 billion from the bipartisan infrastructure law to strengthen port and waterway supply changes and climate resilience.

The White House reports that, with the new investment, a total of nearly $17 billion in infrastructure funding and other supplemental appropriations are being invested in fiscal year 2022 and 2023 for over 800 projects across 55 states and territories.

According to the White House’s Fact Sheet, key projects from the Army Corps are expected to strengthen the nation’s supply chain, provide new economic opportunities, advance environmental justice and bolster defenses against climate change. Some of these investments include: 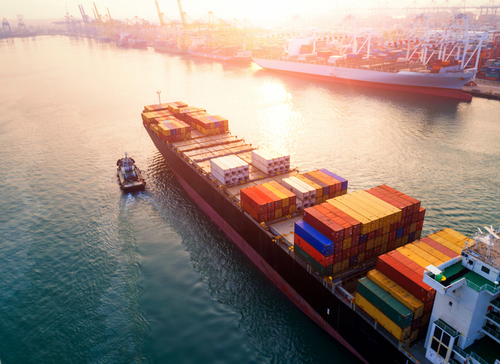 Weerasaksaeku / Getty Images
Late last month, the Biden-Harris Administration announced that it will be investing more than $2.7 billion in funding to 300 U.S. Army Corps of Engineers projects across the country, focused on strengthening ports and waterways.

Both investments reportedly advance President Joe Biden’s Justice40 initiative, which ensures that 40% of certain federal investments, including in the areas of climate change and critical clean water and wastewater infrastructure, go to historically marginalized, underserved and overburdened communities.

The Army Corps of Engineers is committing $321 million through the infrastructure law to expand capacity at key ports and waterways to allow passage of larger vessels, further enhance the movement of more goods and reduce congestion on inland waterways.

Finally, the White House reports that these projects will deliver on Biden’s Justice40 Initiative. In addition to these projects, the Administration will provide $115 million to the Southwest Coastal Louisiana Hurricane Protection project, $67 million to the Pajaro, California, project and $2.2 million to the Espanola Valley, Rio Grande, and Tributaries, New Mexico, project.

The Army Corps reports that additional Civil Works studies, projects and programs will be implemented in the next couple years with $22.81 billion in funding from the Infrastructure Investment and Jobs Act and the 2022 Disaster Relief Supplemental Appropriations Act.

"The transformative investments of the Bipartisan Infrastructure Deal and the 2022 Disaster Relief Supplemental Appropriations Act, along with the FY 2023 Budget submitted to Congress earlier this week, continue to focus on investments that yield high economic and environmental returns, build resilience to climate change, promote environmental justice and increase opportunities to work with disadvantaged communities," said Michael L. Connor, Assistant Secretary of the Army for Civil Works.

In a continuing effort to bolster the supply chain, the government has also invested funding from the bipartisan infrastructure law to land ports. U.S. General Services Administration recently announced major land port modernization and construction projects funded by the Biden Administration’s bipartisan infrastructure law. The $3.4 billion in funding will help modernize 26 land ports of entry along the U.S. borders with Canada and Mexico.

“America’s land ports are vital to our economy and our security, with billions of dollars in goods and services crossing our borders each and every day,” said GSA Administrator Robin Carnahan. “These bipartisan investments are a historic opportunity to modernize our land ports in ways that will create good-paying jobs and strengthen supply chains, while enhancing safety and security.”

“Our underfunded and outdated infrastructure has real costs to families, our economy, and our global competitiveness,” said Senior Advisor & White House Infrastructure Coordinator Mitch Landrieu. “President Biden’s Bipartisan Infrastructure Law is investing in strengthening our supply chains, including our land ports which are vital for moving goods across our borders.”

Carnahan noted that on average, land ports are 40 years old and have not been able to keep up with increased trade in recent years. These new projects are reportedly expected to expand supply chain capacity, introduce new technology to process traffic and increase energy efficiency.

Additionally, modernization and construction of these ports is anticipated to support the U.S. Customs and Border Protection by allowing them to more effectively deploy the latest technology to identify high risk activity and shipments, combat drug trafficking and increase operational security.

According to the release, projects that are currently expected to move forward under the plan include:

The GSA notes that these estimated project costs are subject to change due to time and market conditions. The administration also expects to award some contracts prior to the end of the year, including for Calexico West, California, and San Luis, Arizona.