Global coatings firm The Sherwin-Williams Company announced at the beginning of the month that it has completed its acquisition of Swiss chemical company Sika AG’s European industrial coatings business. According to the release, the business will become part of the company’s Performance Coatings Group operating segment.

“This business brings us unique technology and additional manufacturing and services capabilities in line with our strategy of acquiring complementary, high-quality, differentiated businesses that support our growth and profitability targets,” said Sherwin-Williams Chairman and Chief Executive Officer, John G. Morikis.

“The combination of customer focus, talented employees and similar cultures creates exciting prospects for continued growth and success throughout Europe and other regions across the world.”

Sika’s business is based in Germany, with additional sales and technical support in Poland, Austria and Switzerland. About 115 Sika employees will join the company, Sherwin-Williams reports. 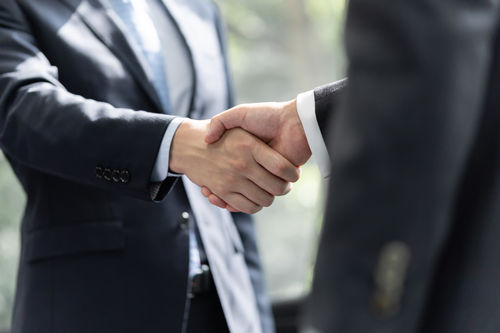 kazuma seki / Getty Images
Global coatings firm The Sherwin-Williams Company announced at the beginning of the month that it has completed its acquisition of Swiss chemical company Sika AG’s European industrial coatings business.

According to a release from Sika, the closed transaction sales proceeds amount to 200 million euro (about $219 million), with a positive one-time impact on the profitability of the business in the first half-year 2022. Financial statements including the final effect will be presented in a half-year report scheduled to be published in July.

In August, Sika announced its intentions to divest the business to Sherwin-Williams. In 2020, the business segment generated sales of approximately CHF 75 million ($82.1 million).

“It is of great importance for Sika to have found a good strategic owner for the European industrial coatings business that will continue to invest in the further development of its people and products. Customers can continue to rely on the availability of high-quality products and technical support in the future,” said Sika Regional Manager, EMEA, Ivo Schädler, at the time.

“Sherwin-Williams is a strong, growing company with the strategic focus on coatings and paints. Within this organization, the industrial coatings business along with its employees will be in an ideal position to develop and grow to their full potential.”

According to Sika, the European industrial coatings business offers a wide portfolio of innovative products and solutions primarily sold to specialized customer groups such as steel construction companies or anticorrosion experts. However, over time, the company reports that these customer segments have provided little synergy potential on a group-wide level and the business has remained a specialized niche within the Sika Group.

The transaction included the European industrial coatings business with the main location and manufacturing facility in Vaihingen, Germany. The product range encompasses anticorrosive and fire protection coatings, which are mainly sold in Germany, Switzerland, Poland and Austria.'

In February, Sherwin-Williams announced that it would be expanding its manufacturing and distribution capabilities in Statesville, North Carolina.

As part of the deal, Sherwin-Williams reports that it will be investing a minimum of $300 million into the project with plans to add more than 180 full-time jobs at the site over the next three years, essentially doubling the facility’s existing workforce.

For the project, Sherwin-Williams is planning to expand its existing 200,000-square-foot manufacturing facility by 36,000 square feet. The company also plans to add four new rail spurs and construct a new 800,000-square-foot distribution and fleet transportation center.

The new center is reported to have an additional 200,000 square feet available for future expansion.